Three Brooklyn men have been arrested on money laundering charges for an alleged ‘Hollywood-style’ heist where they used high-tech equipment to steal $30million in valuables from bank vaults across Europe.

Val Cooper, 56, Alex Levin, 52, and Garri Smith, 49, allegedly targeted more than two dozen banks in seven countries over the course of four years, and then sent the profits back to the US, prosecutors say.

The trio posed as legitimate customers and rented their own safety deposit boxes in  ‘foreign banks that appeared to lack certain security features, including video surveillance cameras in certain areas’, according to the federal indictment.

Once inside the vault, they used high tech camera equipment like a borescope, which is typically used in medical procedures, to photograph the inside lock mechanisms of other people’s boxes, prosecutors said.

Those photos were allegedly used to make duplicate keys, allowing them to return to the vault and simply open other people’s boxes to steal the items inside.

The group made off with currency, gold bars, jewelry and other valuables, and sent the proceeds to bank accounts in the United States, according to court documents.

Smith and a co-conspirator were allegedly caught on security cameras in a bank vault during a heist in Riga, Latvia. 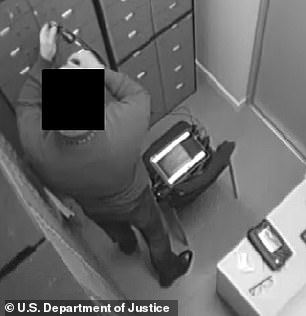 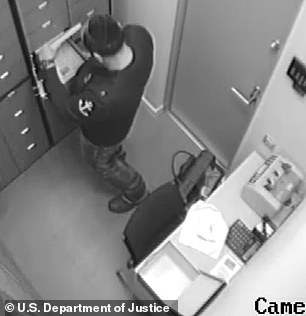 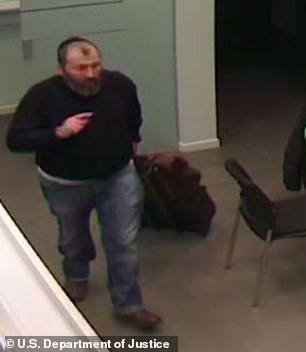 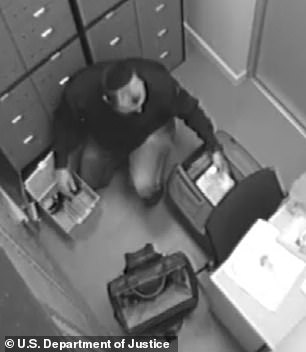 Smith return to the Latvia bank on Jan. 15, 2018 and emptied multiple boxes into his bags, according to federal prosecutors.

‘The crimes we allege in this indictment read like something straight out of Hollywood fiction,’ FBI Assistant Director-in-Charge William Sweeney said in a statement.

‘The thieves used sophisticated tools to thwart security systems at foreign banks and tried to cover their tracks by laundering money through U.S. banks.’

When asked, federal prosecutors said they couldn’t comment on the exact number of banks they hit, their exact locations, or how they were ultimately caught. 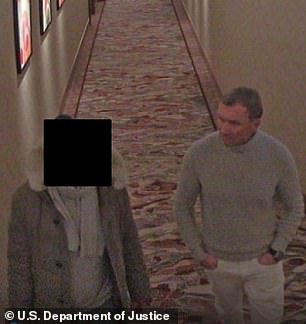 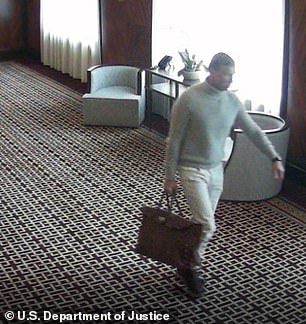 An unnamed co-conspirator (whose face was redacted) and Val Cooper (right), who prosecutors named as the head of the four-year scheme, met in a Latvia hotel to split the proceeds, which were then sent to United States bank accounts.

Agents also searched a storage unit allegedly belonging to Cooper in Brooklyn and found a borescope and a safe deposit box lock.

‘Mr. Cooper is innocent until proven guilty,’ his attorney Tony Mirvis told CNN. ‘There is a lot more to this case than the government has presented in its press release and as the case progresses, I anticipate his innocence will become clear.’

Levin was allegedly the moneyman behind the scheme, and purchased the high-tech camera equipment, according to court documents.

Levin’s attorneys told NBC.com that their client might have bought some of equipment but said it doesn’t make him a criminal. 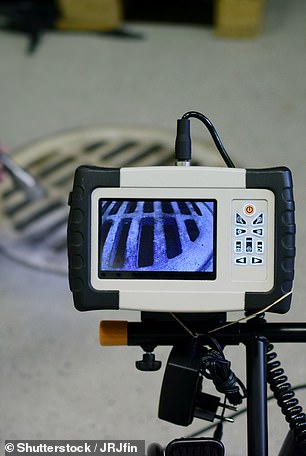 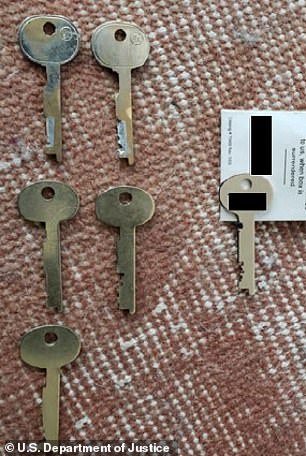 The suspects allegedly used high tech camera equipment, such as a borescope (left), to photograph the inside lock mechanisms of victims’ safety deposit boxes and then made duplicate keys to get inside.

‘Levin’s actions of obtaining the items, however, without the knowledge of what the items were going to be used for, is not a crime,’ his lawyer, Nicholas Dayan, told NBC.com.

Smith was ordered held without bail following his arrest Tuesday, according to defense attorney Jeremy M. Landolo, who declined comment.

There were also unnamed co-conspirators listed in the indictment.

If convicted of money laundering conspiracy, the defendants face up to 20 years in imprisonment.

They only face money laundering charges in the US, rather than theft, because the alleged heists were carried out in other countries.