Emergency crews on their way to rescue a family trapped in dangerous floodwaters were forced to fight off several snakes that lunged into their boat.

Rescue specialists from NSW Fire and Rescue were travelling through murky water to get to a family of six, including four young children, stuck at their house in Sancrox on New South Wales’ mid-north coast earlier this week.

The teams waded through the last 400m of water to reach the family in total darkness when suddenly at least four snakes swam into their life raft. 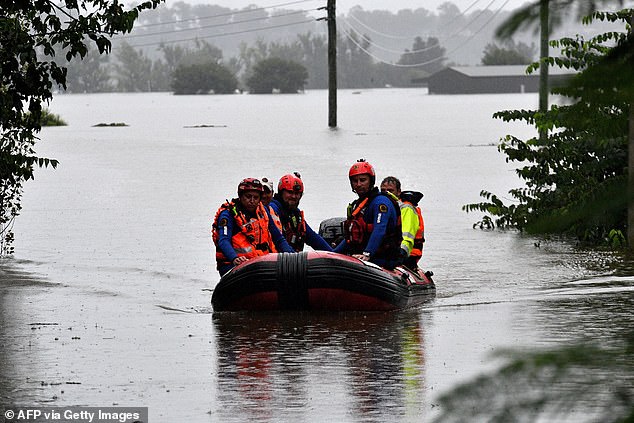 NSWFR Inspector Russell Turner said the snakes weren’t the only unwanted guests that tried to hitch a ride.

‘They had to remove some spiders, a couple of snakes and lots of insects before they could put the four children and two parents back on board and paddle them back to safety,’ he said.

‘They’re used to the hazards in the dark and in the water, and in times of flood all the animals try and get to safety and … they saw the raft as a safe place.’

Eventually the rescue teams were able to reach the family along with their three cats and bring them to safety.

Pest experts warned that spiders – and snakes – would be on the move across rain-stricken areas as they search for dry conditions, warning residents to be on the lookout for them in homes. 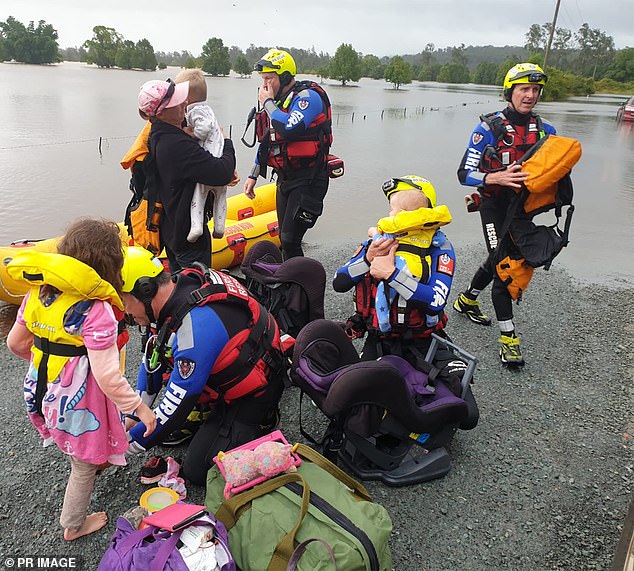 NSW Fire and Rescue teams are seen assisting during the NSW floods, getting children to safety across raging floodwaters 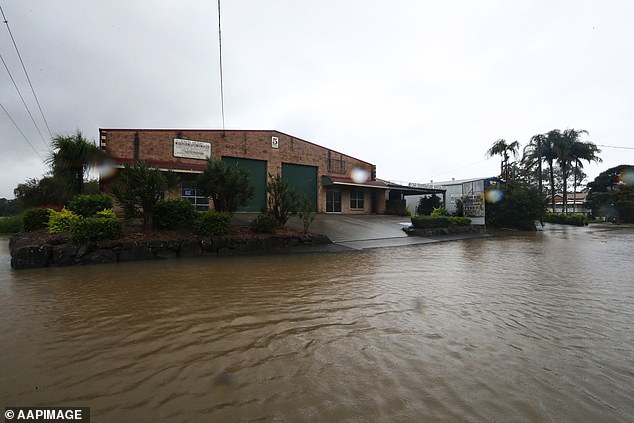 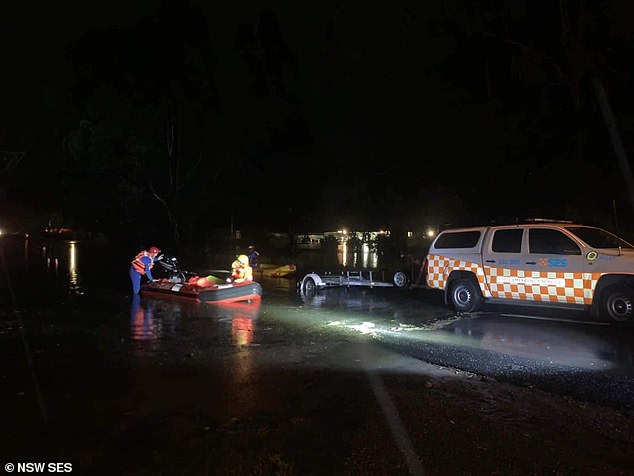 The SES on Tuesday morning reported crews attended 9700 calls for help across NSW, including 870 flood rescues as the state continues to be hammered by heavy rainfall.

Already, 34 NSW councils have declared natural disaster zones, with the powerful storm that lashed the state’s north coast and western Sydney now spreading to the Illawarra region on the south coast, where 100-200mm of rain was forecast across the region on Tuesday, peaking at 300mm in some parts.

Every mainland state and territory except Western Australia is subject to flood and weather warnings with the Australian Defence Force put on emergency standby.

A number of towns across the state have been isolated for days, some without fresh water or power.

Roads have been cut off by flooding or closed, hundreds of homes inundated and more than 200 schools shut. 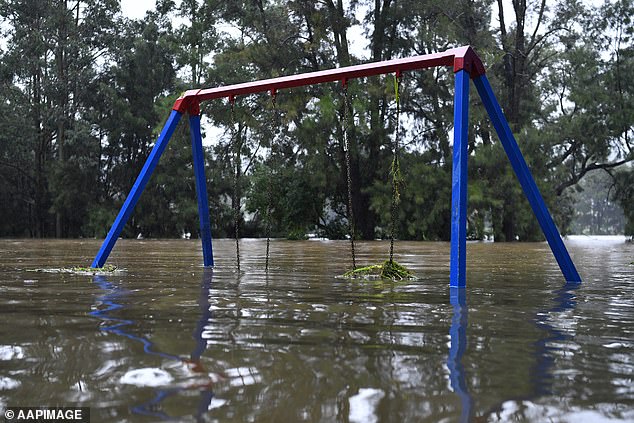 A semi-submerged playground is seen on the banks of the Nepean River in Penrith, in Sydney’s west 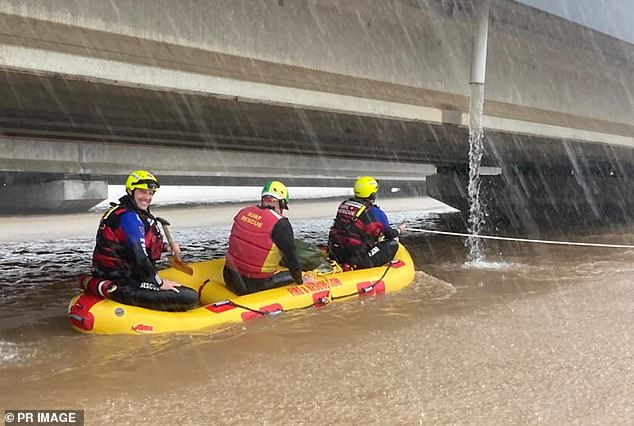