An aspiring ninja who has spent 34 years behind bars for murdering a student despite there being no physical evidence tying him to the crime scene may soon have his sentence overturned.

Temujin Kensu, 57, was convicted of of murdering student Scott Macklem in 1987.

Prosecutors presented the theory that he rented a plane to fly him from one side of Michigan to the other where he allegedly shot Macklem then flew home quickly, without anyone ever tracing him to the scene.

The motive, they said, was to get rid of Macklem so Kensu could ‘control’ Macklem’s girlfriend, who he had dated six months earlier.

Macklem’s girlfriend told police she had dated Kensu and that he was ‘heavy into ninja’ but didn’t want anyone to find out, and that he’d kill her if she told anyone. 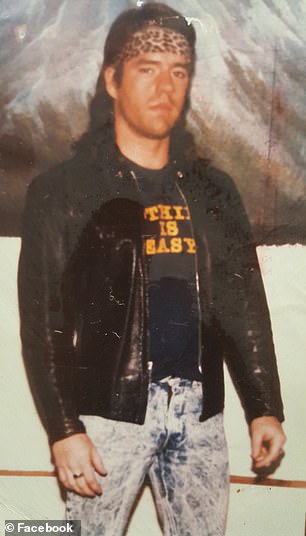 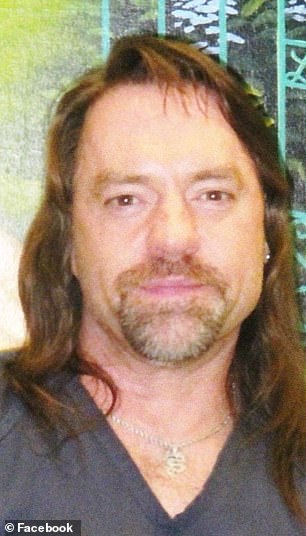 Temujin Kensu, 57, was convicted of of murdering student Scott Macklem in 1987. Kensu is shown, left, in the 1980s when he was convicted and right, in a recent jail picture

She testified that he was violent when she dated him, that he raped her, and that it was a ‘living hell’ being with him.

At trial, there was no physical evidence tying him to the parking lot where Macklem was found shot dead. 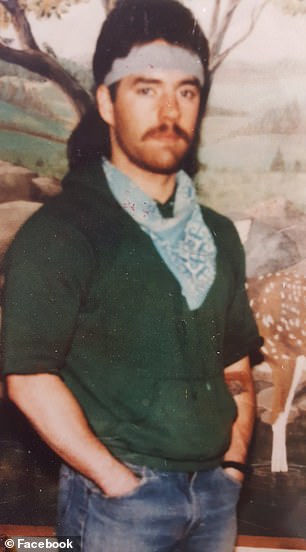 Instead, Kensu’s lawyer says police and prosecutors decided he was guilty then worked backwards from there to fill in the gaps.

His case is currently being reviewed by the Conviction Integrity Unit, which examines contested convictions in Michigan.

In 1987, Kensu was 23. His real name is Fred Freeman but back then he was going by John Lamar.

He had used aliases to dodge other arrest warrants for assault and other alleged crimes.

At trial, the ex-girlfriend Crystal Merrill said: ‘He threatened me. He says if you don’t quit lying to me, he says, I’m going to kill you, and he says if Macklem doesn’t stop bothering you, I’m going to take care of him, too.’

She and Kensu worked together at a video store at the time.

She also testified that he told her he was a ‘higher up’ in Japanese organized crime.

She also told NBC in a recent interview that she still believes he is guilty.

‘After thirty-four years, I am still 100% positive that Freeman killed Scott as he had threatened to do so often, along with my family,’ she said. 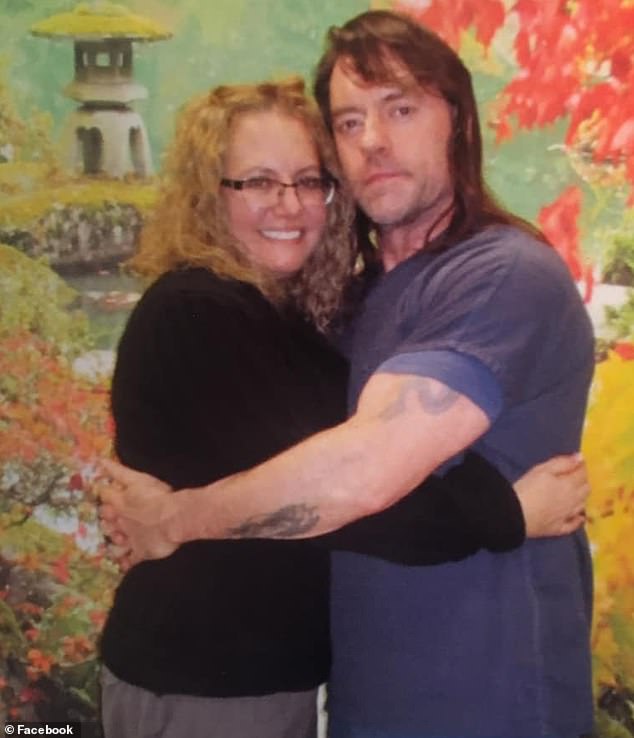 Kensu – whose real name is Fred Freeman – with his current fiancee, Paula Randolph, in prison

Kensu was living with another woman at the time and they had moved 400 miles away.

He had an alibi which put him in the town where he was living at the day and time of the murder.

The only possible way he could have committed the murder was if he flew there.

There was no record of him chartering a plane, but a witness at the trial said there were private pilots hanging around the airport waiting for people to pay them for rides.

He said it was possible Kensu had chartered a plane this way and that it had just never been logged formally.

A jailhouse informant also claimed that Kensu told him when they were locked up for a few hours together that he’d carried out the murder.

The defendant’s girlfriend, Michelle Woodworth, told police that she was with him the exact moment the murder happened but she was not allowed to testify and neither was he.

Instead, prosecutors showed photos of his ninja weapons.

Members of the jury later told local news outlets that they believed he chartered a plane, that there was no record of it and anyone who said they’d seen him in the town where he said he was was mistaken.

Now, he is hopeful his conviction will be overturned, despite having had all of his previous appeals either ignored or turned down.