NHS nurse, 26, hanged herself after she became ‘completely overwhelmed’ with fears of passing on Covid to her patients, inquest hears 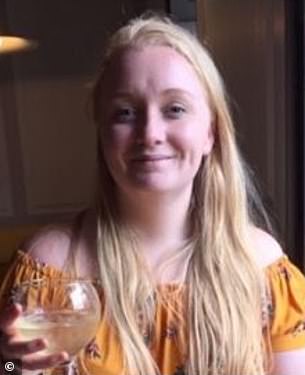 Katie Reynolds, 26, had a chesty cough for five to six weeks along with a sore throat – and felt ‘terrified about Covid’, the inquest in Plymouth was told

A nurse who was ‘completely overwhelmed’ as the Covid-19 pandemic broke out took her own life amid fears she would pass the virus on to her patients, an inquest heard today.

Katie Reynolds, 26, had a chesty cough for five to six weeks along with a sore throat – and felt ‘terrified about Covid’, the inquest in Plymouth was told.

Ms Reynolds, a registered nurse working in haematology at Plymouth’s Derriford Hospital, had taken time off sick from work as her fears grew, and she had a series of consultations with her GP surgery in the weeks before she died.

She had expressed anxiety about passing Covid on to patients and described being ‘really uptight, not sleeping great, tense and on edge’, along with feeling ‘daunted and frightened’ about returning to work.

Ms Reynolds, who was single and lived alone, was not coping well and was ‘very fearful and scared that she was going to pass it on’, it was said.

She was told to self-isolate but was not expected to develop a serious illness due to having otherwise good health.

The inquest heard her family contacted police over concerns for her welfare, along with neighbours who had not seen her for three days.

Officers broke into her home in Bradley Road, Plymouth, one in April 2020 and found the deceased Ms Reynolds. 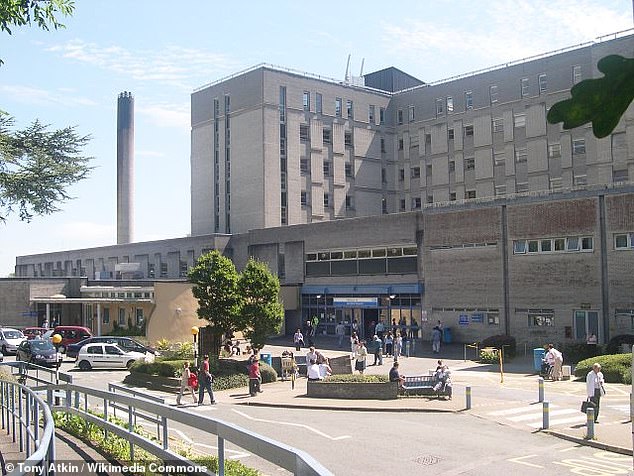 Ms Reynolds, a registered nurse working in haematology at Plymouth’s Derriford Hospital, had taken time off sick from work as her fears grew, and she had a series of consultations with her GP surgery in the weeks before she died

She had been waiting to have cognitive behavioural therapy (CBT) – but her treatment was suspended due to the coronavirus outbreak.

Jo Thompson, from Livewell South West, which provides support and services for both physical and mental health in Plymouth, said Ms Reynolds had felt overwhelmed and anxious about passing on Covid-19 to others.

She said Ms Reynolds had some thoughts about being better off dead.

Ms Thompson said Ms Reynolds had been doing well at previous CBT sessions before they were suspended.

She said Livewell South West has since reviewed its processes and has created a Covid secure building where face to face contacts can take place in a ‘safe and secure environment’.

The senior Plymouth coroner Ian Arrow recorded a conclusion that Ms Reynolds arranged to end her own life.

He said she was ‘an intelligent young lady’ and her death must have been a ‘terrible shock’ to her family.

Shortly after her death her mother Tracey said: ‘Everyone knew Katie was the kind, fun loving, selfless friend and nurse that she was. But many weren’t aware of the struggles that she was going through. Katie sadly lost her battle with these struggles at the end of April.’

She stressed that Derriford Hospital wasn’t the source of Ms Reynolds’ struggles.

She said: ‘She loved her job, she had support and was well liked. Not knowing is the hardest thing. But we will never know why – only Katie knows.’

They raised funds for The Laura Hyde Foundation saying: ‘Many people are so good at putting up a front, like Katie was, laughing and singing at the ward, living independently, even though she had struggled with social anxiety and feeling she didn’t belong.’

For confidential support, call the Samaritans on 116123 or visit a local Samaritans branch. See www.samaritans.org for details