A senior NHS consultant was sacked after he ordered a junior doctor to strip naked in front of him in a hotel room as punishment for getting a question wrong, an employment tribunal has heard.

Edwin Chandraharan referred to himself and the young medic, known as WX, as ‘Commander and Commandee’ whilst they were away on a conference and said that he was offering her ‘special training’.

The married gynaecologist demanded the trainee take her clothes off and look into a mirror as punishment because ‘her mistake could mean someone would die’ and told her she ‘needed to have a scar’.

He also encouraged the junior doctor to let him give her a ‘special massage’, in which she could ‘achieve an orgasm by him only touching her back’.

An employment tribunal heard Chandraharan also sexually harassed a second junior doctor while away for a conference by encouraging them to share a hotel room and repeatedly trying to massage her.

He was sacked from St George’s University Hospitals NHS Foundation Trust in south London, where he had worked for 15 years as the doctor in charge of a labour ward and previously clinical director, in February 2020.

Chandraharan tried to sue the Trust, claiming he was unfairly dismissed and racially discriminated against due to him being British Asian.

But an employment tribunal has now thrown out his case and criticised the NHS doctor for perpetrating ‘serious’ sexual harassment.

The employment tribunal heard Chandraharan denied all allegations and claimed other senior doctors ‘coerced’ the women to make up allegations because they were ‘racists’ and ‘envious of his success’.

Chandraharan even threatened to sue WX for ‘defamation action to seek £2 million in damages’. 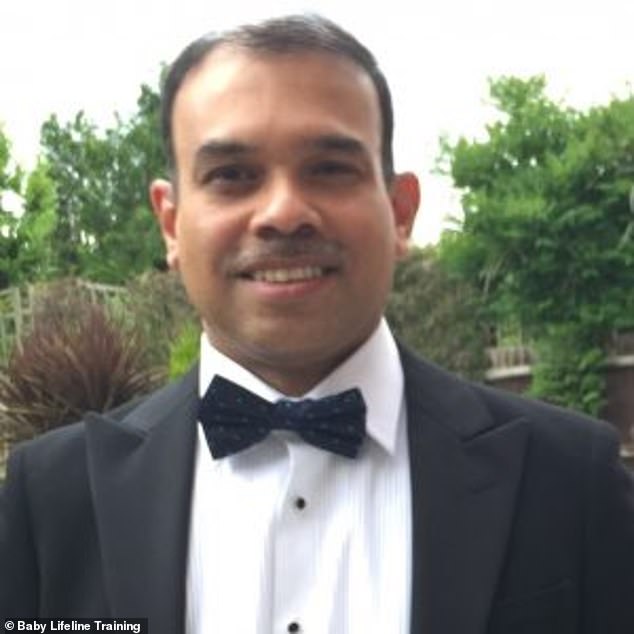 Senior NHS consultant Edwin Chandraharan (pictured) was sacked after he ordered a junior doctor to strip naked in front of him in a hotel room for getting a question wrong, an employment tribunal has heard

Judge Hyams-Parish said his actions amounted to ‘serious sexual harassment’ and that he was ‘difficult to believe’ in evidence and ‘misleading’.

The hearing in Croydon, south London, was told Chandraharan invited the first trainee – named only as ‘WX’ – to a conference in 2015, and while driving them there made creepy comments.

A tribunal report said: ‘He asked her about her personal life. He referred to himself and WX as ‘Commander and Commandee’ and said that he was offering her ‘special training’.

‘He told WX that she was the 17th special trainee and that he still kept in touch with previous trainees. He told WX not to say anything to anyone as no one would understand.

‘During the car journey, Chandraharan asked WX a question from a chapter in a book he had given her.

‘For getting the question wrong, he suggested that she should take one item of clothing off. WX declined and thought it was a joke.’

At the hotel, Chandraharan asked WX to come to his room to ‘practise a presentation’ but said it was too noisy.

The report continued: ‘Once in his room, he asked WX to take off her clothes for the mistake that she had made.

‘Chandraharan did not touch her. It felt to WX that it was all about mental control.

‘He told WX that it was only if she was scarred that she would avoid future mistakes and improve her skills. Her mistake could mean that someone would die.

‘Chandraharan told WX that she ‘needed to have a scar’.

‘WX took off her clothes until she was naked. He did not do anything. He told WX to ‘look at her image in the mirror, in front of her Consultant, so that she would never repeat the mistake again’.’

After dinner, he told her ‘he was good at massage’. He said ‘ it was a special massage, where she could achieve an orgasm by him only touching her back’.

He also gave her a coin, saying that she could give it back whens she was ‘ready to accept the pleasant experience’ and said ‘he gave all his trainees a 50 pence coin to remember him when he died’.

WX said she was left scared that she was ‘alone in a small town’ and felt like an ‘antelope trying to run away from a lion’. 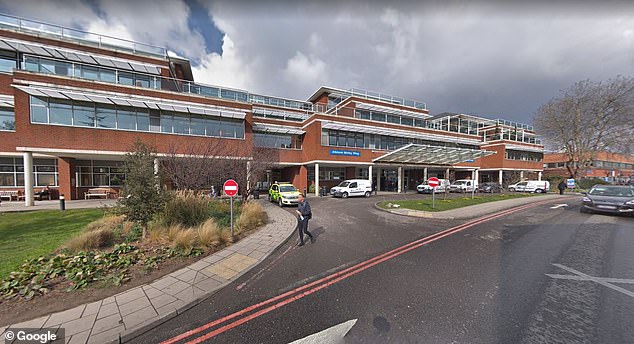 He was sacked from St George’s University Hospitals NHS Foundation Trust (pictured) in south London, where he had worked for 15 years as the doctor in charge of a labour ward and previously clinical director, in February 2020

‘Humiliated and embarrassed’, she later reported the incident to the Trust but was ‘fearful of repercussions as she felt he was very powerful and could damage her career’.

She was so ‘terrified’ she didn’t want to pursue a formal complaint and in August 2017 Chandraharan was given an informal warning.

However, in 2019, it emerged another female doctor at the Trust, named as ‘YZ’, had also been sexually harassed at another conference.

YZ came forward and reported that he made ‘sexualised comments’ at her, repeatedly encouraged them to share a hotel room, and made creepy advances.

While working in his hotel room, he began massaging her neck but she moved away.

‘He touched her again, a bit lower down her back’, the report said. ‘This happened two or three times and every time YZ asked him to stop, he would start again.

‘YZ said the next time he quickly put his hand on her back under her top and quickly moved it then towards her bottom.

‘YZ responded by slapping his hand away and said ‘Edwin, what are you doing? I don’t know what you’ve been thinking, but I don’t want to have sex with you Edwin’.

‘He said ‘I promise no sex, at least for me’. He then apologised, saying that it was the first time in 15 years he had got his diagnosis wrong.’

Later that trip, Chandraharan told her ‘in five years time you will look back and remember that in Poole you lost an opportunity and someone else will take your place’.

Both victims, along with other women at the Trust, formed a WhatsApp group and brought formal allegations against the doctor and he was sacked for gross misconduct in February 2020.