The mother of a teenage Australian driver who narrowly escaped floodwaters before her car was swept away in a raging torrent has thanked the hero who saved her.

Footage of the moment the woman was helped to safety before her Ford Fiesta flipped over and was carried downstream was shared by Queensland Transport on Tuesday as a warning not to cross flooded roads.

However, the driver’s mother said her daughter Samantha actually didn’t try to cross the water at Springbrook near the Queensland New South Wales border – but rather another car caused the issue. 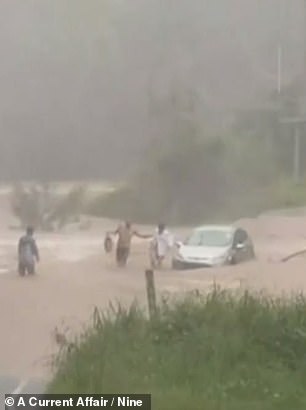 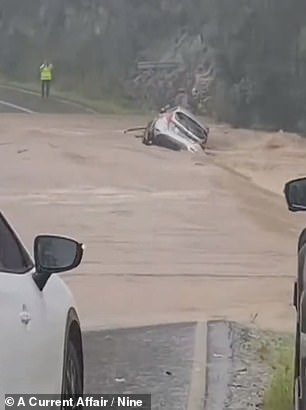 ‘She’d gone through a bit of water further up the road at the same time as a 4WD and it completely inundated her car with water and everything shut down,’ she told A Current Affair.

‘No brakes, no electrics, nothing and she just coasted down the road until she came to a complete stop on the causeway.’

Luckily a stranger ventured into the water to help and pulled her from her car moments before the force of the water carries the car away.

‘We are so thankful to him, he’s an absolute hero. I don’t know where we’d be without him she still might have been sitting in that car. The water was so high by the time we got there.’

The video emerged as Queensland Premier Annastacia Palaszczuk urged people to stay off roads as the south-east of the state was battered with more than three-months worth of rain on Monday and Tuesday.

‘We are in for a severe weather event. If you do not need to be on the roads, please don’t. We have already heard reports of some land slips that are occurring, especially in the Gold Coast hinterland,’ she said. 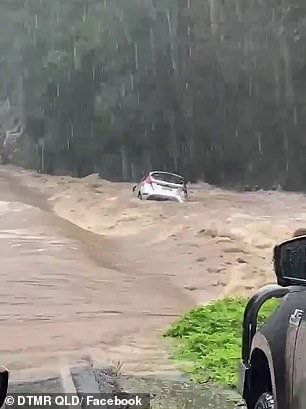 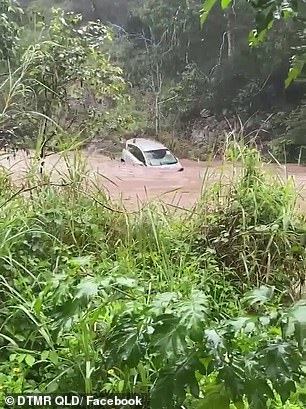 Similar clips were also shared online including a ute losing traction trying to cross a swollen creek at Wongawallan, near the Gold Coast on Monday.

Other cars were pictured submerged in water up the windshield while trying to drive in the scenic tourist spot of Tamborine Mountain nearby. 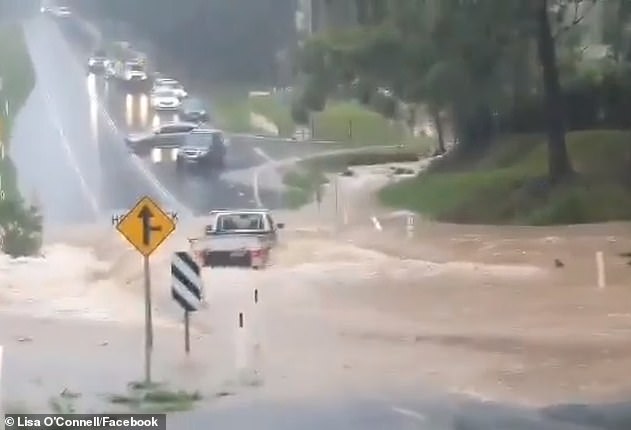 The SES responded to more than 500 requests for assistance in the area since 5am Monday.

Southeast Queensland is still expected to receive more rain, though not as heavy on Wednesday, before sunny skies return on Thursday.