A mother with a debilitating disorder that causes her to pass out when she laughs claims a ‘date rape drug’ has given her a normal life again.

Heather McFarlane, 47, suffers from terrifying sleep attacks that leave her unable to move or speak but still completely aware of her surroundings.

The condition, known as cataplexy, is triggered by emotional stimuli such as laughter or excitement and can cause sufferers to feel ‘trapped’ inside their body.

Ms MacFarlane, from Glasgow, claims she began experiencing the seizure-like symptoms in 2010 after laughing at a Peter Kay stand-up show.

‘When I laughed, I had a kind of shutdown, as if I had rebooted in a split second – like the power had gone out and come back on again,’ she said.

The mother-of-three’s life slowly started to fall to pieces as the condition worsened, with even a slight smirk enough to trigger an attack.

Ms MacFarlane said the disorder ‘saw part of me disappear’ as she struggled to watch television with her children or hold a conversation with friends.

But she is now able to live a ‘normal’ life again after being prescribed sodium oxybate, a purified form of the illegal drug GHB. 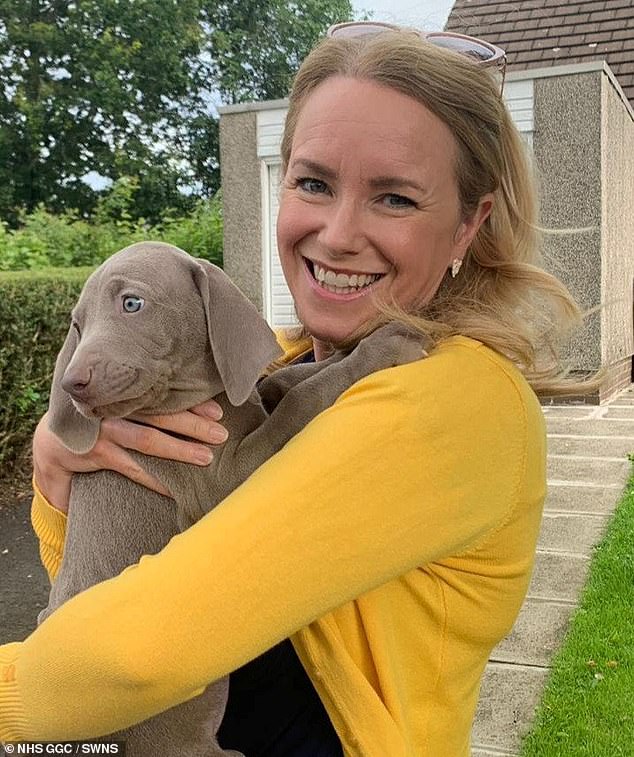 Heather McFarlane, 47, suffers from terrifying ‘sleep attacks’ that see her unable to move or speak but still completely aware of her surroundings 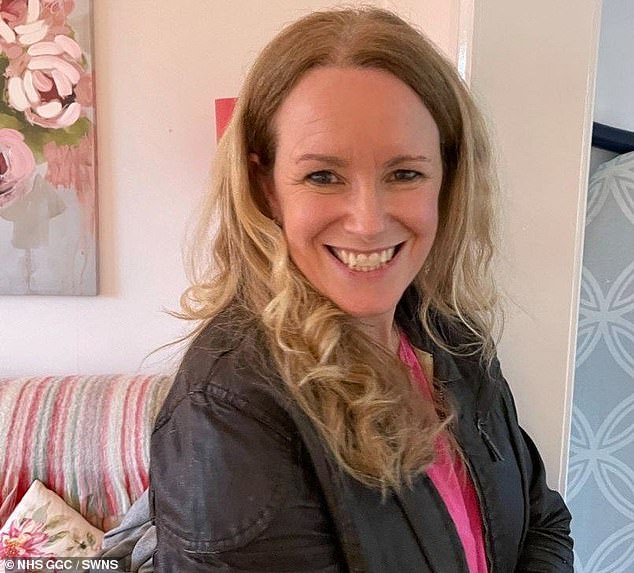 Ms MacFarlane, from Glasgow, claims she began experiencing the seizure-like symptoms in 2010 after laughing at a Peter Kay stand-up show 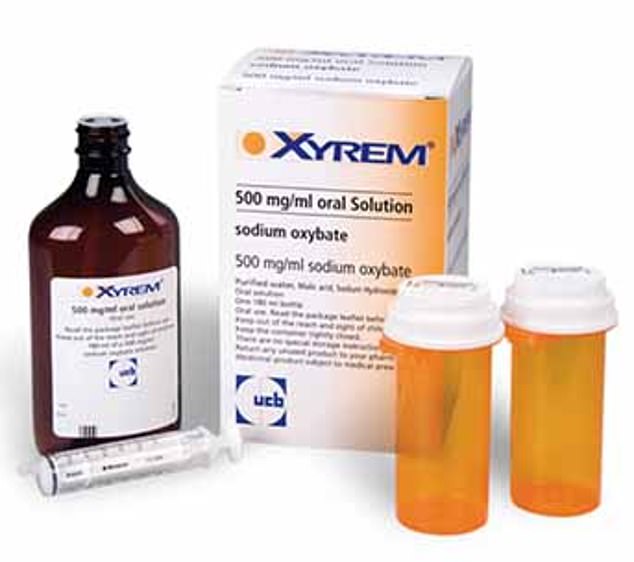 Ms MacFarlane was diagnosed with narcolepsy and cataplexy in 2013, three years after the onset of her symptoms.

Narcolepsy is a rare brain condition caused by the lack of a chemical called ‘orexin’, which is responsible for wakefulness. It affects just 30,000 people in the UK.

Cataplexy is one of its most severe symptoms, suffered by around three-quarters of patients with the neurological condition.

Sodium oxybate — sold under the brand name Xyrem — is reserved for only the most severe cases.

It works by putting people in deeper sleep at night and reducing the build-up of chemicals in the brain that shut narcoleptics down during the day.

WHAT IS NARCOLEPSY AND CATAPLEXY?

Cataplexy is one of its most severe symptoms, suffered by around three-quarters of patients with the neurological condition.

Cataplexy is the sudden loss of muscle control, which can result in full-body paralysis.

Narcolepsy is caused by lack of the brain chemical hypocretin, which regulates wakefulness.

This is thought to occur due to the immune system attacking cells that produce hypocretin or receptors that allow it to work.

It can also be triggered by hormonal changes, stress and infections.

There is no cure.

Sufferers are advised to have frequent naps throughout the day and stick to a strict bedtime routine.

Medication can help to reduce daytime sleepiness and prevent loss of muscle control.

Ms MacFarlane said she first started to feel drowsier than usual while on maternity leave with her third child in 2010.

She then noticed that emotions would trigger an attack, causing her face muscles to droop and legs to give way.

In her job, teaching children with special needs at Hazelwood School in Glasgow, Ms MacFarlane would retreat to the staff toilets where she would end up asleep.

She said: ‘It was horrendous. When I laughed, I had a kind of shutdown, as if I had rebooted in a split second. Like the power had gone out and come back on again.

‘I had to stop watching funny things on TV and avoiding funny situations with the kids.

‘It saw part of me disappear. I even had to learn to function as a different kind of mum to the one that I was.’

The average patient with narcolepsy is diagnosed more than a decade after the initial signs, with the symptoms often mistaken for laziness.

But in 2013, Ms MacFarlane was referred to a specialist team at Glasgow Royal Infirmary where she was told she had the disorder.

The team helped her secure sodium oxybate as part of a range of other treatments that regulate the central nervous system.

Ms MacFarlane added: ‘It was a game-changer in lots of different ways. I’ve been able to get some of my life back. The team have been amazing.

‘It’s not just the condition they are interested in, it’s me as a person – and not just me, but my wider family as they know this impacts all of us.

‘It’s hard to live in Glasgow and have to avoid things which are funny – now I don’t have to.’

Dr Eric Livingston, Respiratory Consultant and Clinical lead at the clinic, said: ‘When we get the medication right, it can transform lives, allowing people to drive their cars again, or get back to work or university – instead of people thinking they are tired or lazy.

‘Some people have been told for 30 years that they are lazy, before they even get a diagnosis, but we can support and get them back to a full life again.’