Two dolphins have been filmed swimming in Venice’s Grand Canal in an ‘exceptionally rare’ sighting.

The pair were spotted near the Punta della Dogana customs house where the Grand Canal meets the Giudecca Canal, and just a few hundred yards from St Mark’s Square, on Monday.

Footage shows the bottlenose dolphins, thought to be a mother and juvenile, hunting cuttlefish.

Lockdown in the Italian lagoon city has cut water pollution and meant less boat noise and activity to deter the sea creatures, with residents reporting shoals of fish visible in the cleaner, clearer canals.

Police were forced to put a cordon in place on Monday to stop bystanders getting too close as word of the dolphin sighting spread. 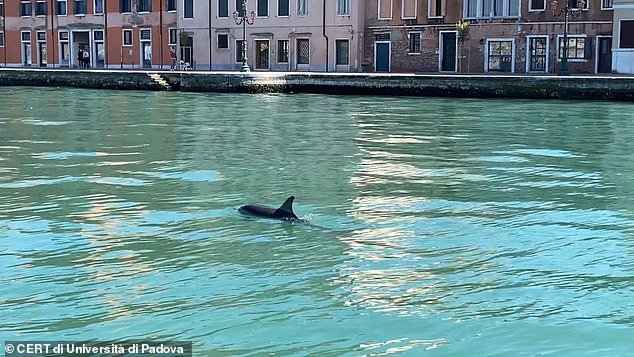 The dolphins have been filmed swimming in the Grand Canal, Venice, in an ‘exceptionally rare’ sighting for the area

Officials then spent three hours shepherding them back to the open sea after the commotion ‘disorientated’ the mammals.

Luca Bizzan, head of Venice’s Natural History Museum, told The Times: ‘This is very unusual – they were clearly encouraged to venture this far into the city by the calm waters in Venice right now.

‘They were probably drawn to the city by the number of cuttlefish – a lot this year – that enter the lagoon at this time to lay eggs.’

Sandro Mazzariol, an researcher at the University of Padua, said: ‘It’s the first time we see a mother and juvenile off St Mark’s Square.’

The coast guard said the sighting was ‘exceptional’ but asked people to keep their distance if the animals return.

Venetian canals are the clearest they have been in living memory after Italy’s coronavirus lockdown stopped boats from bringing sediment to the surface.

Last year video emerged claiming to show dolphins in the canal – but it was later revealed the clips were actually taken in the port of Cagliari, Sardinia, some 750km away from Venice.

In a rare welcome side-effect of the health crisis, the usually murky waterways are clear enough to see the schools of fish under the water. 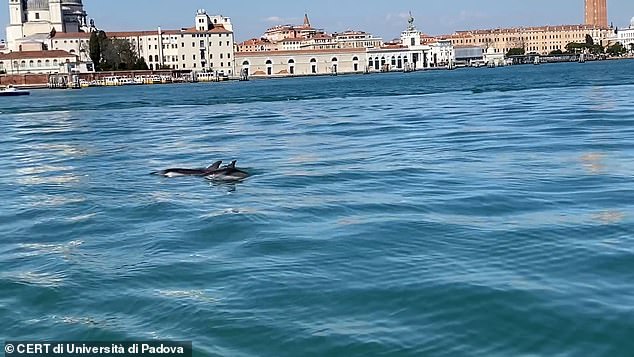 Footage showed the bottlenose dolphins, thought to be a mother and juvenile, hunting cuttlefish off the Punta della Dogana, a few yards from St Mark’s Square, on Monday

White swans are also roaming the canals in a city where the usually overloaded piazzas and alleyways have become almost deserted, while air pollution has declined across northern Italy.

With no tourists taking gondola rides along the canals, the sediment in the water has been able to settle at the bottom without being churned about – making the surface clearer.

One Venetian local, Marco Capovilla, said he ‘had never seen’ the water so clear after filming some of the fish under the surface.

‘The water now looks clearer because there is less traffic on the canals, allowing the sediment to stay at the bottom,’ a spokesman for the Venice mayor’s office told CNN.

‘It’s because there is less boat traffic that usually brings sediment to the top of the water’s surface.’

‘The air, however, is less polluted since there are less vaporetti and boat traffic than usual because of the restricted movement of residents.’ 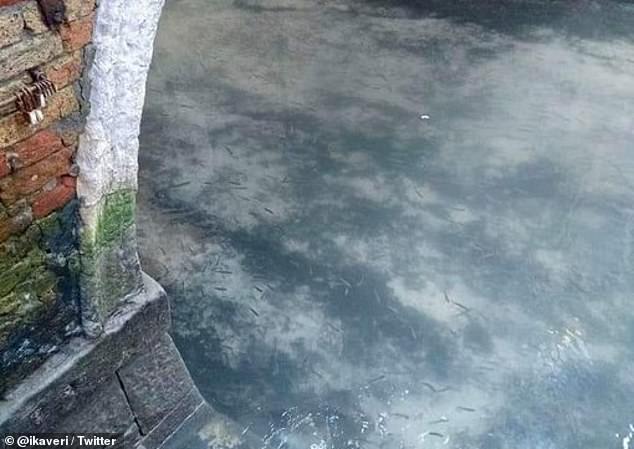 Schools of fish are visible under the usually murky water of Venetian canals in the wake of Italy’s coronavirus lockdown. Sediment is no longer being brought to the surface since boat rides have effectively stopped 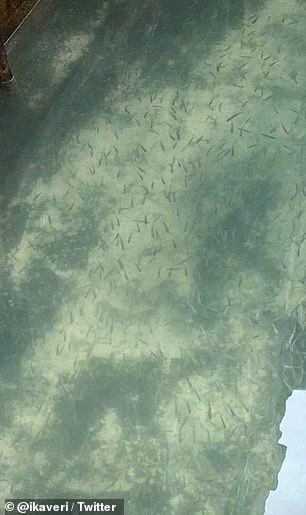 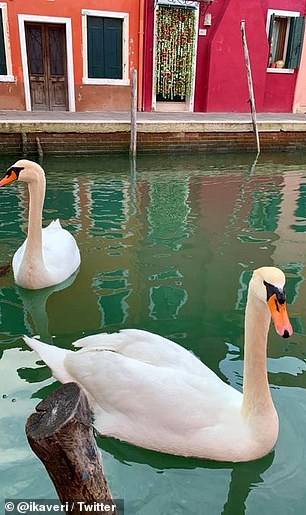 Local resident Capovilla, 40, described the ‘striking’ clarity of the water in contrast to the usually dirty canals, which he filmed during the lockdown.

‘The city doesn’t have sewers, so normally everything goes into the canals, including detergents and cosmetics,’ the estate agent said.

‘Thanks to the quarantine, we are experiencing a cleaner environment.’

Bank worker Martina Bettoni, 33, said: ‘Seeing so many fish in the canals was extremely rare before the quarantine.

‘I hope we’ll learn from this tragic time, and that when this is over Venice will be able to strike a balance between tourist crowds and cleanliness.’

Images from a European Space Agency-backed programme have shown pollution in sharp decline over northern Italy. 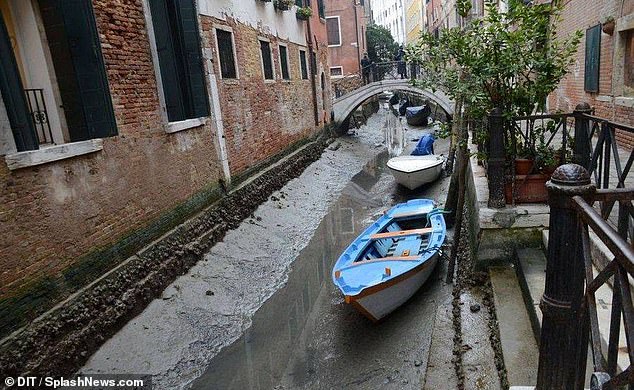 These Venetian gondolas had nowhere to go after the water in the famous canals virtually dried up, leaving a muddy canal-bed 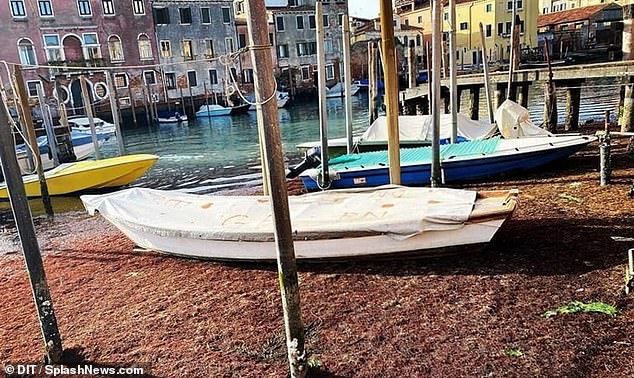 They include significant reductions in NO2 levels in Venice and other major Italian cities such as Milan, Turin and Bologna.

There are also signs of falling NO2 levels in Rome, although the quarantine measures have not been in place for so long there.

Last month, Venice’s famous canals ran dry for the second time in three years after a low tide and lack of rain brought water levels in the historic lagoon down to rarely-seen depths.

Gondolas were stranded in muddy, dried-up canal beds after the waters fell to nearly 19 inches below sea level on February 27.

The phenomenon was thought to be linked to the February full moon – also known as the ‘snow moon’ – because full moons cause the biggest fluctuations in the tides of the Venetian lagoon.

It is also caused by a high-pressure weather system across Italy, which is less prone to forming clouds and therefore less likely to bring rain to fill up the canals.