Flying tackle! Moment leaping leopard catches an impala in mid-air and brings it crashing down to the ground in South Africa


This is the ‘electrifying’ moment a leaping leopard caught an impala two metres off the ground despite the prey travelling at almost 50mph.

Tour guide Pieter Kruger, 25, was leading a safari through South Africa’s Greater Kruger area on February 8 when he came across a predator stalking a herd of antelope feeding in a nearby thicket.

Breath-taking footage captured the moment the spooked deer started to flee in the opposite direction as a leopard appeared out of the thick foliage. 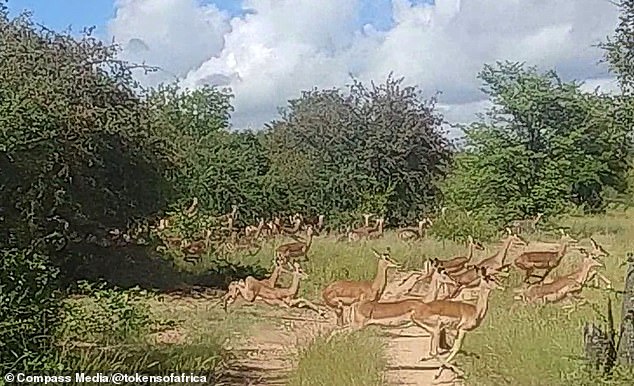 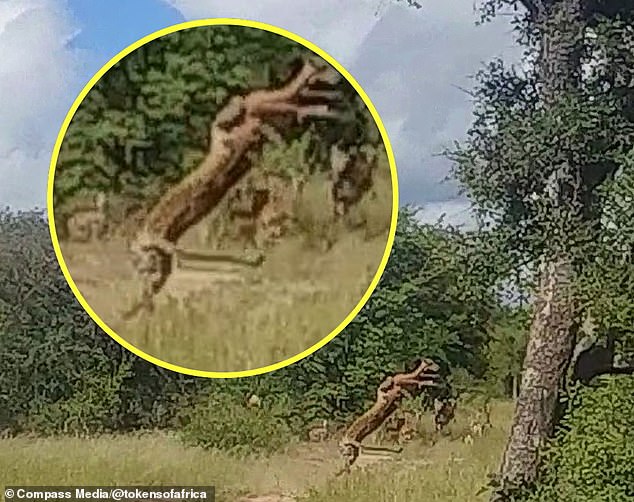 The leopard raced through the thick foliage and caught the fleeing impala in mid-air, despite it travelling at a speed of almost 50mph

The big cat – known locally as Ntima – launched himself two metres off the ground and tackled his prey mid-air bringing it crashing to the floor.

Pieter said: ‘I was absolutely electrified when I saw this.

‘It’s not often safari guides get presented with opportunities to see this but to view it in this way with such exhilarating and precise execution was breath-taking to say the least.

‘We initially spotted the leopard walking down a game trail. We followed him for a while and noticed that he was looking at some Impala antelope feeding in a nearby Mopane thicket. 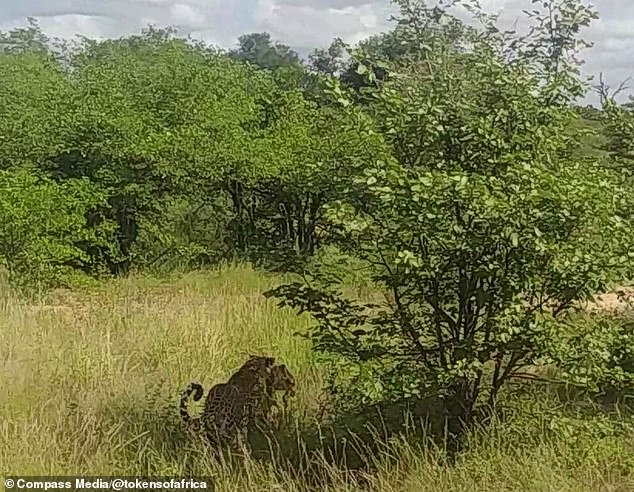 ‘He was aiming in on them and started stalking them with the utmost precision and caution.

‘I knew he worked himself into a good position for possibly launching an attack and I then started to record the video. The action must have taken place not further than 30metres from us.

‘The Impala must have bolted away at maybe 70 – 80km/h and he must have tackled the impala roughly two metres out of the air to the ground.

‘Ntima is one of the dominant male leopards in this area and is roughly 10 years old.’