Ministers are vowing to go ‘harder and faster’ on stalled oligarch sanctions with new laws being rushed through the Commons today.

New powers will be fast-tracked by MPs as Boris Johnson holds talks with Canadian and Dutch counterparts Justin Trudeau and Mark Rutte in Downing Street.

Mr Johnson is expected to push for further action to remove Russia from the Swift payment system, while urging them to back his six-point plan to tackle Vladimir Putin’s aggression.

He could also encourage Canada to boost oil and gas production to help reduce the West’s reliance on Russia – as wholesale gas prices hit new highs.

Meanwhile, Foreign Secretary Liz Truss said amendments to the Economic Crime Bill – which is set to be hurried through all stages in the Commons today – would ‘give us the chance to bring even more crippling sanctions against Putin and his regime’.

But Tories and Labour are urging the government to go further by speeding up the process for registering and seizing assets from oligarchs linked to the regime, amid complaints that the EU and US have taken stronger action.

In a round of interviews this morning, Europe minister James Cleverly said the government will work across parties to make the measures as potent as possible. 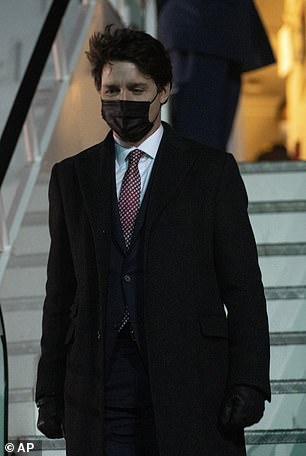 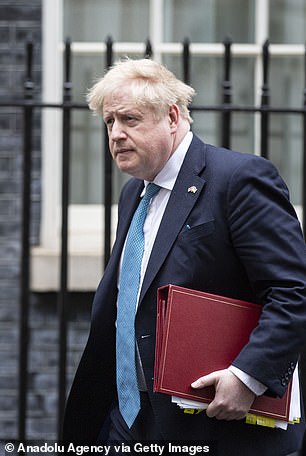 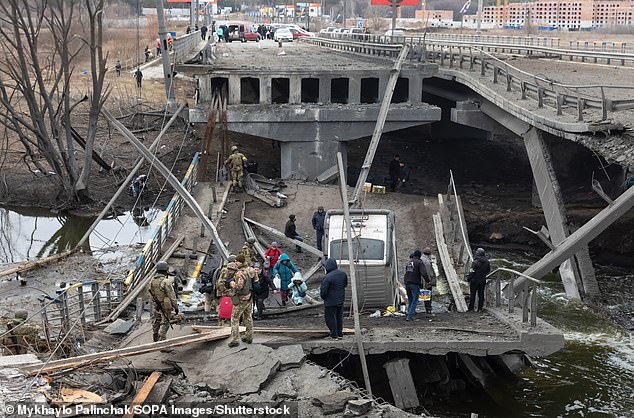 People cross a destroyed bridge as they evacuate the city of Irpin, northwest of Kyiv 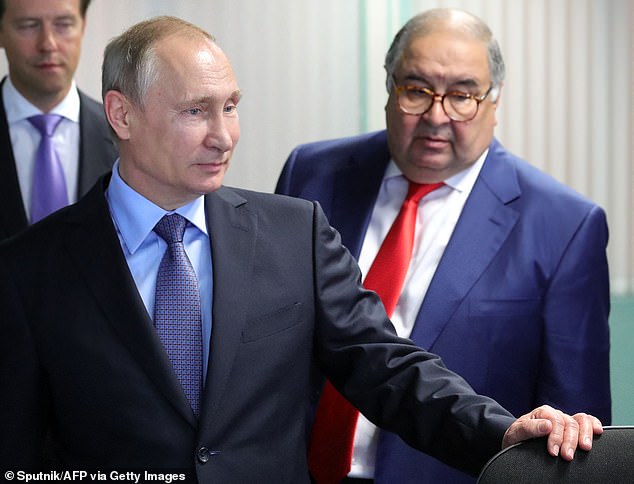 In Ukraine, there is a fresh ceasefire designed to allow citizens to escape two cities, after two previous deals failed to hold.

Russia has become even more isolated from the West as further companies severed ties with the state.

Tiktok blocked its Russian users from posting new videos yesterday and Netflix said it was suspending its service in Russia.

American Express said it would suspend services in the country, and PricewaterhouseCoopers (PwC) is separating its firm in Russia – which has a staff of around 3,700 – from the rest of its global network as a result of the invasion of Ukraine.

The UK Government has declared it will pump an extra $100million – £74 million – into Ukraine to support the country’s ‘indomitable people’ through the humanitarian crisis being faced on the ground.

The aid, provided through the World Bank, could go towards supporting public sector salaries, allowing vital state functions to keep operating, or supporting social safety nets and pensions for the Ukrainian people.

Mr Johnson said: ‘While only Putin can fully end the suffering in Ukraine, today’s new funding will continue to help those facing the deteriorating humanitarian situation.’

However, the Government has come under criticism for the speed of moves to help desperate refugees fleeing the conflict.

The Home Office has admitted that only around 50 Ukrainian refugees have been granted visas so far.

Shadow home secretary Yvette Cooper tweeted: ‘This is too slow. Too many hoops for desperate families to have to jump through. Home Office completely failing to understand urgency of crisis.’

But Ms Patel said the UK was ‘doing everything possible’ to speed up efforts to grant visas to Ukrainians fleeing the conflict, and told The Sun she was examining a ‘humanitarian route’ to allow all Ukrainian refugees who want to come to the UK to do so.

In Parliament, Labour is set to put pressure on ministers to further reduce the time period before foreign-owned UK property needs to be registered under new plans.

The party said Russian oligarchs still had a ‘get out of London free’ card even though the grace period under the measures designed to tackle so-called ‘dirty money’ have been cut from 18 months to six, the opposition was calling for this to be reduced further to just 28 days.

‘I think the reasonableness of this period is what will give us the chance to do that.’

Mr Reynolds added: ‘We’ve got a look at this in Parliament in the UK in terms of the proportionality of what is involved, these activities are also happening alongside the reasonable concerns about privacy, tax evasion, money laundering, people being able to hide their assets. 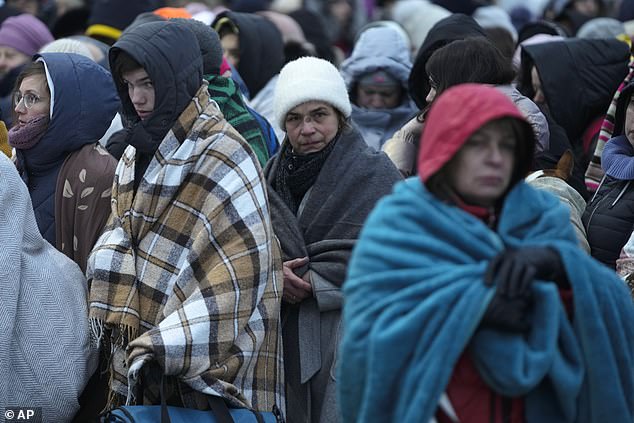 Ukrainian refugees, mostly women and children, wait in Medyka, Poland, today after fleeing over the border 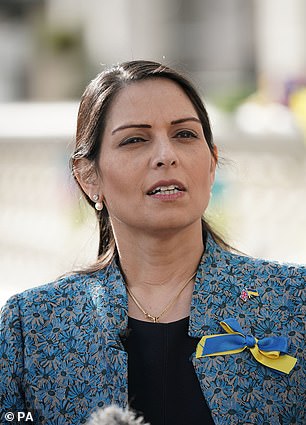 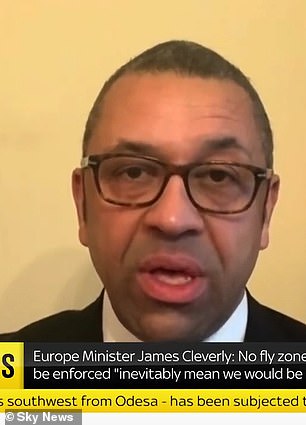 ‘That is not just something that facilitates crime. That is something which is a threat to our national security because of what it means for the countries that are left behind because their leaders have taken the plundered the wealth of their countries and it cannot be something that we ignore any longer.’

But the Foreign Office insisted the new scheme would ‘allow the Government to move faster and harder when sanctioning oligarchs and businesses associated with the Russian Government’.

Mr Cleverly told Sky News the Government was working on a cross-party basis to get the legislation through,

‘The ultimate goal is to make sure that the sanctions that we’ve already put in place, which are incredibly effective, and have had a real impact on Russian oligarchs, and indeed the Russian economy, are made even stronger still, and we welcome cross-party support in that.’

The UK Government added to its list of oligarch subject to a full asset freeze and travel ban last week, targeting Alisher Usmanov and Igor Shuvalov over their ‘close links to the Kremlin’.

But there is continuing anger that more individual oligarchs are not being hit.

Mr Cleverly said: ‘We’ve had a very wide-ranging number, over 200 individuals and entities over £250 billion worth of Russian economic activity curtailed, over three million Russian companies no longer able to raise finance on the London market.

‘So, the fact that Vladimir Putin singled us out for criticism is a badge of honour.’

The PM said: ‘Punishing sanctions are meaningless until properly implemented, and these changes will allow us to pursue Putin’s allies in the UK with the full backing of the law, beyond doubt or legal challenge.’

It comes after Mr Johnson, in a nearly 1,300-word essay in the New York Times, said that the West had ‘failed to learn the lessons of Russian behaviour’ that have led to the invasion of Ukraine, warning world leaders: ‘We need to prepare now for even darker days ahead.’