Michigan woman, 21, is charged with trying to murder her mother by stabbing her with a pocketknife and trying to set fire to her with rubbing alcohol in meth-fueled attack


A Michigan woman has been charged with trying to murder her mother with a pocketknife in a meth-fueled attack during which she also tried to set her on fire with rubbing alcohol.

Alexis VanDusen, 21, is in custody on charges of attempted murder and imprisonment after attacking her mother Buffi McBride at her mother’s home in Kalamazoo, Michigan, on February 25.

Police say she burned her mother with rubbing alcohol and then stabbing her with a pocketknife. She was high on meth, according to police reports, and had been banging on neighbors’ doors. 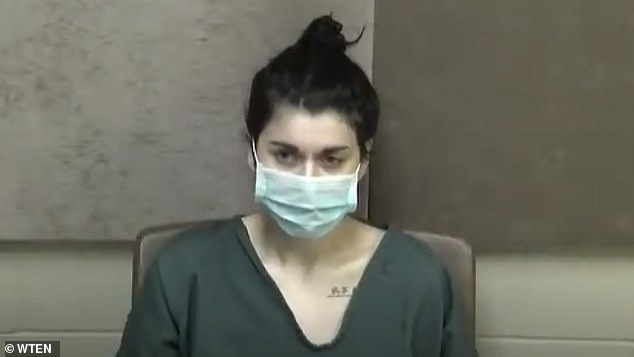 Alexis VanDusen, 21, is in custody on charges of attempted murder and imprisonment after attacking her mother Buffi McBride at her mother’s home in Kalamazoo, Michigan, on February 25 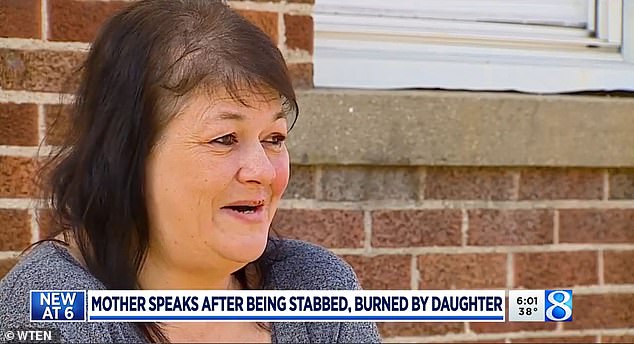 The mother, Buffi McBride, told FOX 10 that she is still reeling from the attack and had to fight for her life

Police arrived and found her mother injured. She survived and has now been released from the hospital.

In an interview with FOX 10, McBride said that she still loves her daughter and hopes that she gets help with her addiction.

‘Alexis, I love you. I wish the best for you. And I’m sorry for everything that you had to go through in life.

‘I put up a fight. I fought for my life. I had to. I had no choice. I don’t know how any child could do that, but that wasn’t my daughter,’ she added. 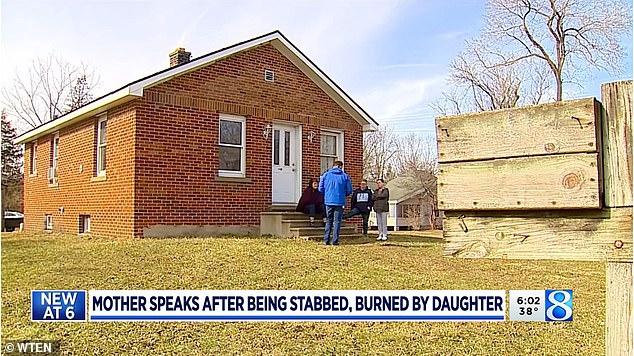 Buffi’s home in Kalamazoo, Michigan, where her daughter attacked her on February 25

VanDusen is still being held in custody on charges of attempted murder and unlawful imprisonment.

The family is now raising money on a GoFundMe page to help McBride move.

Her daughter-in-law set up the account, which reads in part: ‘My Mother in Law has a heart of gold. She was helping her daughter the night she was brutally attacked by this same daughter.’