The recovery plan at Rolls-Royce has been dealt a blow after Norway blocked the sale of an engines company to a Russian group.

The Norwegian government called a halt to the £130million deal to sell Bergen Engines to TMH on national security grounds.

The takeover ‘would have been of significant military strategic interest to Russia, and would have boosted Russian military capabilities’, the government in Oslo said in a statement. 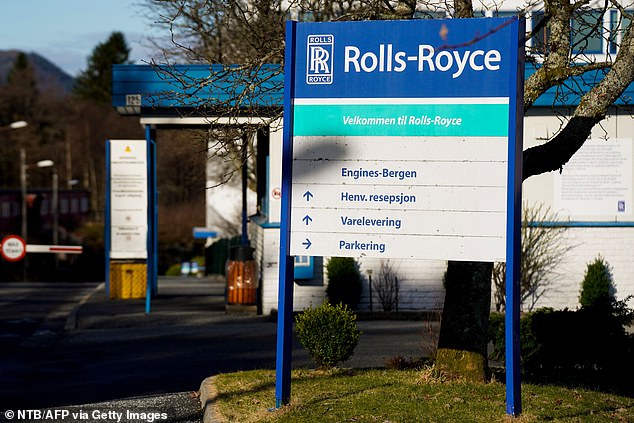 The Rolls-Royce plant in Bergen, Norway. The Norwegian government called a halt to the £130m deal to sell Bergen Engines to TMH on national security grounds

Shares in Rolls tumbled 5.9 per cent, or 6.6p, to 105.3p as it dealt with the double-whammy of the Norwegian ruling and another sell-off that hit travel-related stocks.

The decision puts a spanner in the works for Rolls, which is aiming to raise £2billion from selling various businesses after the pandemic hammered its finances.

Although the Bergen Engines deal would only be a small part of that, Rolls is now keener than ever to sell it, and implored the Norway to ‘swiftly find another option’ to secure the its future.

Around 900 jobs are at stake at Bergen, which makes engines and technology for boats – including for the country’s navy.

Rolls will clearly need to find a buyer from a country more in line with Nato member Norway. 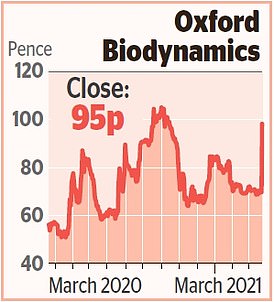 A test developed by medical minnow Oxford Biodynamics that can predict whether someone would be seriously ill if they caught Covid has been launched in the US.

The blood test, which is around 90 per cent accurate, evaluates a person’s immune system and indicates if they would need to be hospitalised or put in intensive care.

Russia and Norway share a border, but relations have been frosty since Russia annexed Crimea in 2014.

Rolls plummeted to the bottom of the Footsie leaderboard as investors digested the disruption to its sales plan and the still-gloomy outlook for overseas travel this summer.

Although Rolls is not a travel company, it makes engines used on commercial planes and is paid for the number of hours the engines fly.

This has crippled its income since the pandemic hit – and the growing ‘third wave’ of infections on the Continent has wreaked fresh havoc.

Prime Minister Boris Johnson last night said Britons may know a week earlier than expected – on April 5 rather than April 12 – if they can begin to travel abroad from mid-May.

Oil stocks were another big drag on the two indexes after crude prices tumbled by 6 per cent.

It has been a rollercoaster month for oil, which surpassed pre-pandemic highs of $69, only to fall again as rising infection rates meant new lockdowns across Europe.

A barrel of Brent crude was worth $60.35 last night as the market braced for a fall in demand.

Helios will buy Airtel’s businesses in Malawi and Madagascar for £78million, and has signed a separate early-stage deal to pick up its Gabon and Chad arms.

This covers more than 2,200 existing towers and the deals should bring in £65million of revenue annually.