Wildlife rescuers warned of Loggerhead Turtles washing up to shore ‘as a result of the bad weather we are experiencing’.

The tiny turtles were spotted on beaches along the coast after being pushed in by the swell and getting beached due to the severe weather. 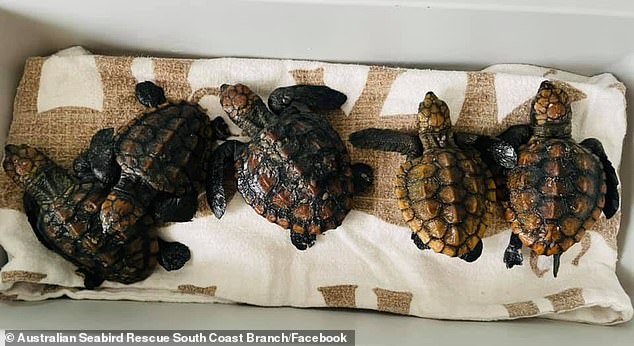 Rescuers urged beachgoers to call for help if they come across the turtles and minimise interaction with the reptiles.

They also reminded people not to put the sea creatures back into the water as they may die.

Loggerhead turtles are deemed an endangered species across Australia and mainly found in tropical and warm temperate waters off the coast of Queensland, the Northern Territory, Western Australia and NSW.

They are carnivorous in which their diet consists of shellfish, crabs, sea urchins and jellyfish.

Including the head, loggerhead turtles can grow up to 1.5m in length. 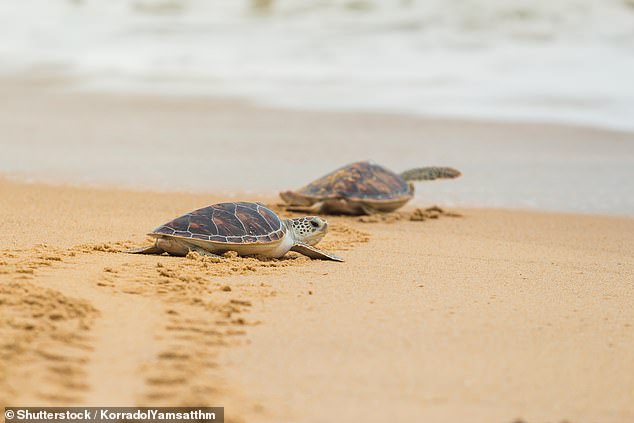 NSW is experiencing the worst flooding in 50 years as thousands of residents are urged to flee their residence and find safety.

Strong rains continued into Tuesday, with the Bureau of Meteorology warning of a further 300mm deluge to hit affected areas before the weather system finally eases in the evening in NSW and on Wednesday morning in Queensland.

The NSW State Emergency Service has responded to 9,700 calls for help across the state’s eastern coast and conducted 870 flood rescues.

Already, 34 NSW councils have declared natural disaster zones, with the powerful storm that lashed the state’s north coast and western Sydney now spreading to the Illawarra region on the south coast.

About 100-200mm of rain fell across the region on Tuesday, peaking at 300mm in some parts.

Repreive will finally set in on Wednesday with the sun expected to shine and temperatures of up to 27C.