A worried president of Lithuania told Secretary of State Anthony Blinken on Monday that a failure to stop Russian President Vladimir Putin in the Ukraine would lead to World War III.

Lithuanian President Gitanas Nauseda said a policy of deterrence was not enough and that ‘forward defense’ was now needed.

‘I must say that strengthening deterrence is no longer enough,’ he said, adding that ‘Putin will not stop in Ukraine if he will not be stopped.’

‘It is our collective duty as a nation to help all Ukrainians with all means available,’ said Nauseda. ‘By saying all, I mean, indeed all means all, if we want to avoid the Third World War. The choice is in our hands.’

Blinken, who is on a tour of the Baltic area to reassure the nervous NATO allies, doubled down on the American committment to the alliance’s Article Five.

‘An attack on one is an attack on all,’ Blinken told Nausėda, citing NATO’s collective defense pact. ‘The United States, with all allies and partners, will defend every, every inch of NATO territory should it come under attack.’ 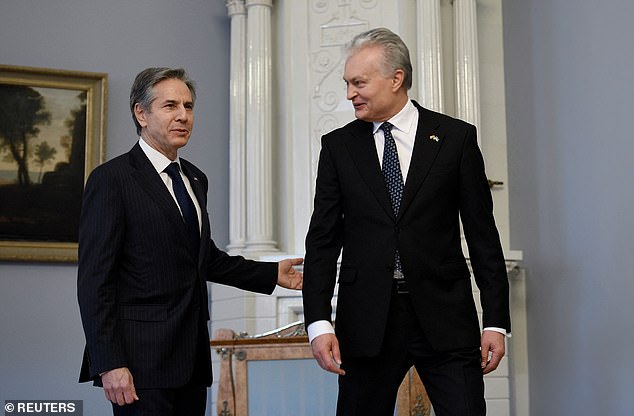 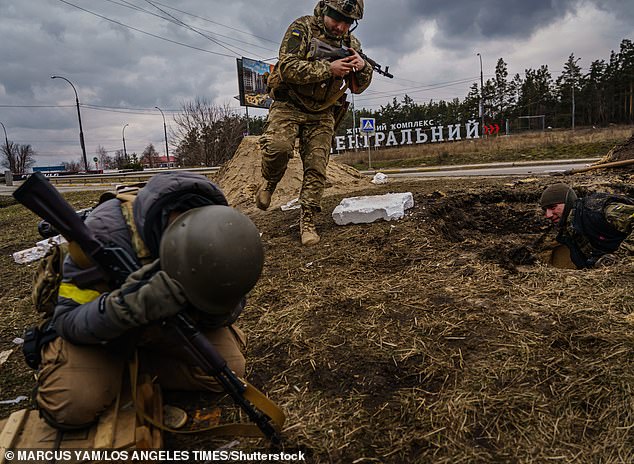 Blinken was set to visit neighboring Latvia and Estonia on Monday and Tuesday as the three NATO members – and former members of the Soviet bloc – worry that Putin could try to rebuild his nation’s old empire.

The secretary of state is touring the Baltic region s as President Joe Biden’s administration aims to calm any fears they have about their security in the event Russia chooses to expand its military operations.

In the Latvian capital of Riga, Blinken said the Baltics have ‘formed a democratic wall that now stands against the tide of autocracy’ that Russia is pushing in Europe.

‘The United States is more committed than ever to standing with you as our democracies rise to the challenge,’ he said.

‘We are bolstering our shared defense so that we and our allies are prepared,’ Blinken said. He stressed that the U.S. commitment to NATO´s mutual defense pact is ‘sacrosanct’ and that NATO and the United States were discussing the permanent basing of troops in the Baltics.

Leaders in both countries expressed grave concerns about Putin’s intentions as it relates to former Soviet bloc countries that are now allied or otherwise linked to the West.

‘We have no illusions about Putin´s Russia anymore,’ Latvian Foreign Minister Edgars Rinkevics said after meeting Blinken in Riga. ‘We don´t really see any good reason to assume that Russia might change its policy.’

Rinkevics said that the Russian invasion of Ukraine had shown the Baltic countries in particular the need to bolster air and coastal defenses and that Latvia would like its security cooperation with NATO to be ‘more efficient.’

Memories of Soviet rule are still fresh in the Baltics and since the invasion of Ukraine last month, NATO has moved quickly to boost its troop presence in its eastern flank allies while the U.S. has pledged additional support.

Blinken´s opened his Baltic tour in Vilnius, where Lithuanian support for Ukraine´s resistance to the Russian invasion was palpable as signs of solidarity with Ukrainians are evident in many businesses and on houses, public buildings and buses. He later traveled to Riga, which has been similarly festooned with blue and yellow Ukrainian flags.

Lithuanian Foreign Minister Gabrielius Landsbergis called for a surge in assistance to Ukraine, noting that the NATO allies ‘are doing a lot, but we cannot stop.’ He also called for an immediate halt to imports of Russian energy. ‘We cannot pay for oil and gas with Ukrainian blood,’ he said.

Lithuania is also dealing with pressure from another large power – China – for its relationship with Taiwan, the island China regards as a renegade province. China has taken actions, including halting imports of certain products, against Lithuania for allowing Taiwan to open a de facto embassy in Vilnius.

Blinken said the Ukraine situation was relevant to Lithuania’s Taiwan situation as all countries should have the right to pursue their own foreign policies.

‘Every nation is free to associate with whom it chooses,’ he said. ‘The United States continues to stand by Lithuania and every nation to choose its own path.’ 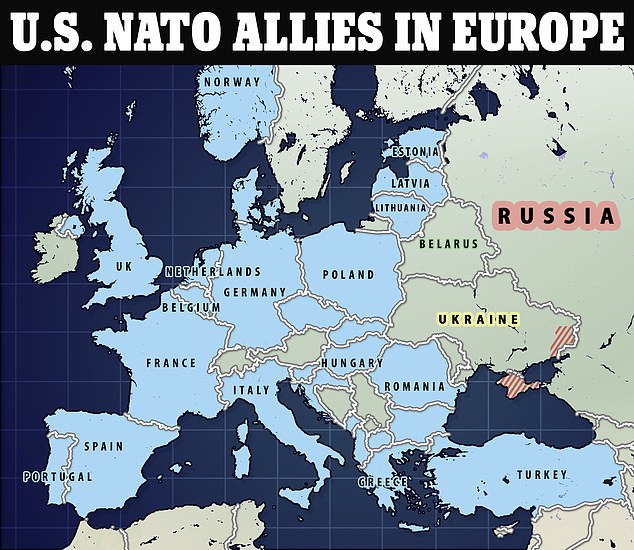 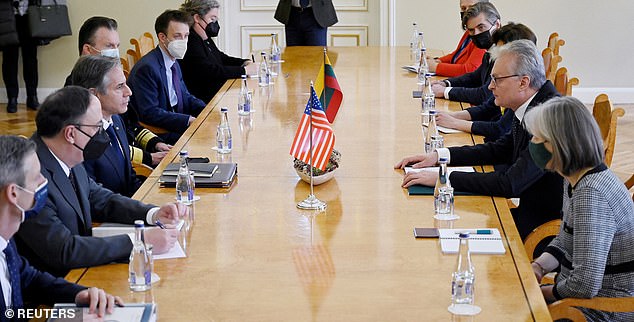 Blinken arrived in the Baltics late Sunday from non-aligned Moldova, which is also warily watching the war on its doorstep, and Poland, where he visited the Polish-Ukrainian border and met with refugees from Ukraine.

After his meetings with senior Latvian officials and Israeli Foreign Minister Yair Lapid in Riga, Blinken will visit Tallinn, Estonia on Tuesday and then go on to Paris for talks with French President Emmanuel Macron.

Israeli Prime Minister Naftali Bennett met with Putin over the weekend and Macron has been in frequent contact with the Russian leader. Both Israel and France sought meetings with Blinken to discuss those interactions.

Blinken declined to discuss those meetings in detail before they have been held but said: ‘There is certainly no change in our message to Moscow, our message to Russia and to President Putin: End the war. End it now.’