By Brendan Carlin And Georgia Edkins For The Mail On Sunday


Labour’s bid to banish the hard-Left legacy of Jeremy Corbyn is in turmoil after one of Sir Keir Starmer’s frontbenchers raised hopes that the ex-leader would be readmitted to the parliamentary party.

Shadow Attorney General Emily Thornberry infuriated Starmer loyalists by saying Mr Corbyn ‘as much as anyone’ had a role in the ‘broad church’ that was Labour.

She stressed that Mr Corbyn – currently barred from sitting as a Labour MP – must first apologise over a long-running antisemitism row with Sir Keir. But the remarks come after claims that Labour under Sir Keir must distance itself completely from its former leader to regain the trust of voters. 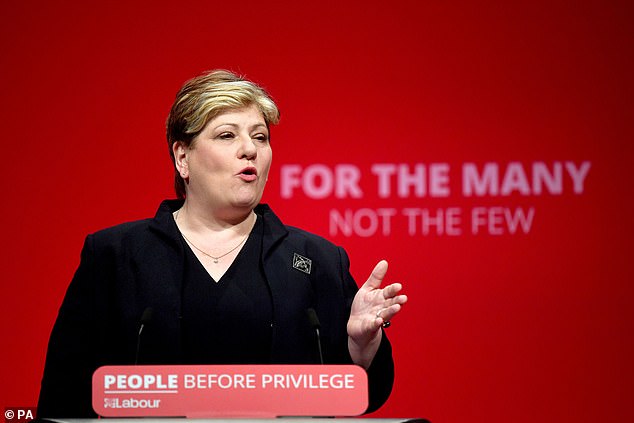 They also follow Labour fury at Mr Corbyn for refusing to take his name off a Stop the War Coalition letter on Ukraine which accused the West of sabre-rattling and criticised Nato’s ‘eastward expansion’.

Last night, one Shadow Cabinet colleague slammed Ms Thornberry’s remarks, saying: ‘We’ve got to signal to voters who abandoned us that we’ve changed over key issues such as defence of the realm. To signal change, it’s important Corbyn doesn’t come back.’

And a former member of Sir Keir’s frontbench team insisted it was ‘utterly unacceptable’ for Mr Corbyn to be readmitted to the parliamentary party.

Mr Corbyn has been forced to sit as an Independent MP for more than a year after appearing to downplay the problem of antisemitism in the party.

Addressing a Labour in Communications online meeting last Monday, Ms Thornberry was asked if ‘notwithstanding the things he’s said in the past, Jeremy Corbyn should be readmitted into the party and given the whip’. 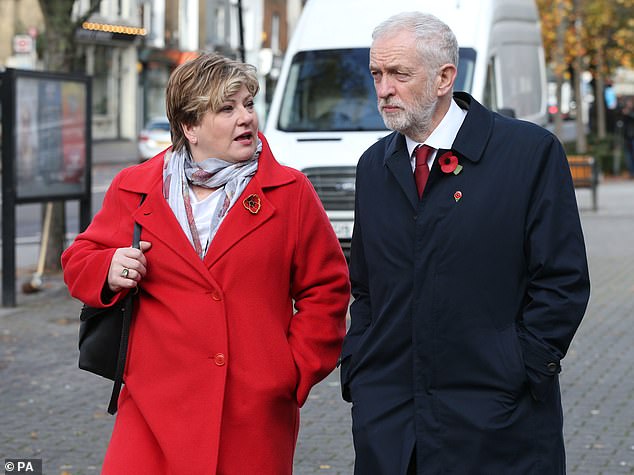 Ms Thornberry was asked if ‘notwithstanding the things he’s said in the past, Jeremy Corbyn should be readmitted into the party and given the whip’.

She said Mr Corbyn needed to apologise and could not demand to come back. But she added: ‘I wish there could be a compromise that is found and I think as a former leader… it would be good if Jeremy was back in the party. We’re a broad church… and Jeremy has a role to play in that coalition as much as anyone else does.’

One senior Labour moderniser last week claimed there had to be ‘blood on the carpet’ between the new leadership and Corbynista supporters to show the party was electable. And Sir Keir himself has warned MPs that any of them who try to attack Nato and indulge in ‘false equivalence’ with Russian aggression will be kicked out of the party.

Ms Thornberry last night stressed that she was referring to the party’s official position on Mr Corbyn’s reaction to a 2020 report into antisemitism in Labour – not on his views on Nato.

A spokesman for Mr Corbyn pointed out how he had condemned ‘Russia’s shocking invasion of Ukraine’ and how he had previously accused Putin of war crimes in Syria in 2016.