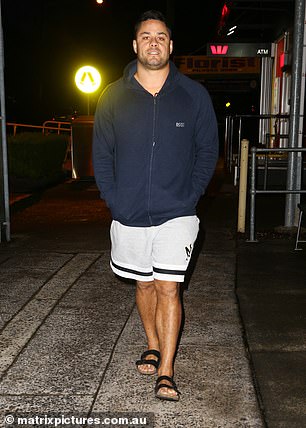 Jarryd Hayne was spotted on Tuesday night arriving at Woy Woy police station as part of his bail in white shorts, a navy jacket and thongs

Jarryd Hayne has reported for bail in thongs just minutes before the deadline a day after being found guilty of raping a woman in her own bedroom.

The unemployed NRL star was on Monday found guilty of raping the then 26-year-old in Newcastle on September 30, 2018.

Judge Helen Syme granted the 33-year-old a $50,000 bail including the requirement to report to police daily, and a ban on leaving his local area on the Central Coast where he lives with his mum, except for specific reasons.

He appeared downcast upon arrival knowing he has just weeks left as a free man before being ‘inevitably’ jailed when he is sentenced on May 6.

The jury that found Jarryd Hayne guilty of rape were shown pages of messages between him and his victim.

The Instagram, text and Snapchat messages are contained in court documents and are at the centre of the case against the footballer, 33 – who is likely to be jailed when he returns to court to be sentenced in May.

One batch of messages shows how Hayne and the victim, then 26, flirted for weeks on Instagram before he assaulted her at her home near Newcastle on September 30, 2018. 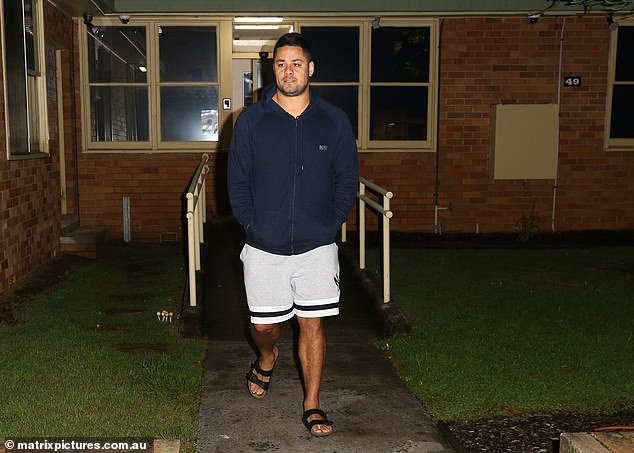 The former NRL player was on Monday found guilty of sexual assault of a then 26-year-old at her home near Newcastle on September 30, 2018 (pictured: arriving at police station) 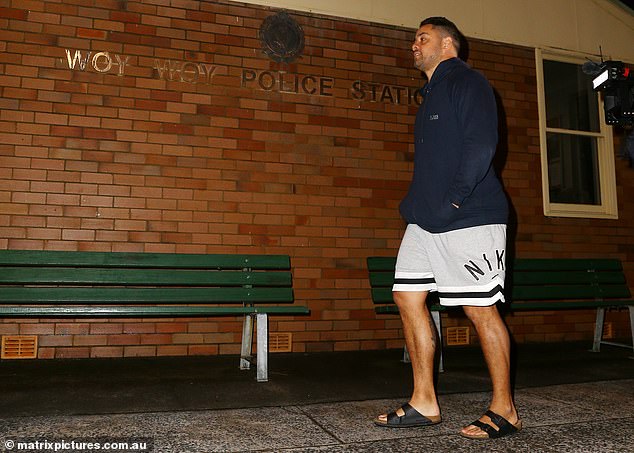 The sports player appeared downcast upon arrival with the certainty of being jailed when he is sentenced on May 6 (Pictured: arriving at police station as part of bail conditions)

In the messages, Hayne asks the woman to send him selfies and quips ‘how steamy’ after she confesses to thinking about having sex with him.

But what seemed to have been the foundation for a consensual encounter took a turn when Hayne came to the woman’s house on the outskirts of Newcastle and left his taxi running out the front.

In text to a loved one, the victim describes how she stopped wanting to have sex with him after learning about the cab waiting outside to take him back to Sydney.

She recounts that she ‘kept saying no’ to the ‘pushy’ athlete and reveals she suffered injuries to her genitalia.

Further messages show the woman confronting Hayne afterwards, saying: ‘I know I’ve talked about sex and stuff so much, but I didn’t want to do that after knowing the taxi was waiting for you.

‘I thought you would have at least stayed? I m hurting really badly. I told my Mum you got a nose bleed, but I’m sitting here in my room crying ’cause I feel weird’. 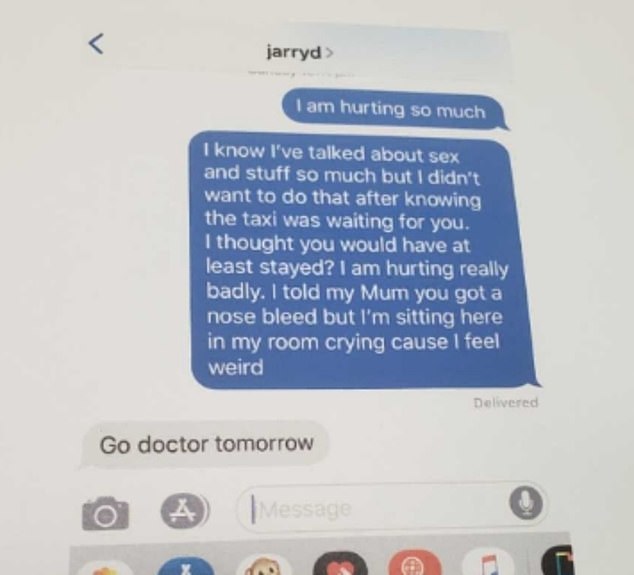 That was in line with the defence he used at trial – that he did not have penile-vaginal sexual intercourse with the woman – but what did occur was consensual.

That argument was repudiated by the jury of seven men and five women on Monday after three days of deliberations.

The jury found Hayne guilty of two charges of sexual intercourse without consent.

He was found not guilty of more serious alternative charges of aggravated sexual assault inflicting actual bodily harm, which would have carried a more severe penalty.

The messages between Hayne and the woman appear to have begun on September 17, when the she messaged the athlete on Instagram: ‘You are absolutely gorgeous’.

Hayne replied the next day: ‘Price it’ – sparking a discussion about how the woman wasn’t actually an escort.

The flirty banter continued over the following days, Hayne suggesting that he would like to see at least five more photographs of her.

The small talk continued and they agreed the conversation would continue on Snapchat. 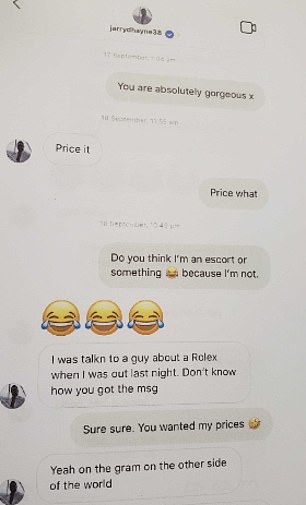 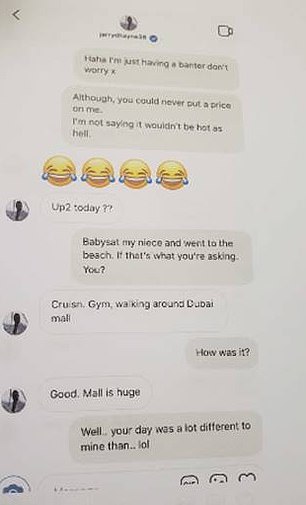 Hayne and his future victim’s correspondence began with her messaging the footballer saying he was ‘absolutely gorgeous’. The conversation then continued to how he was travelling in Dubai 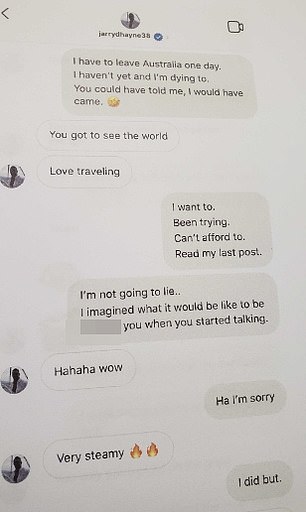 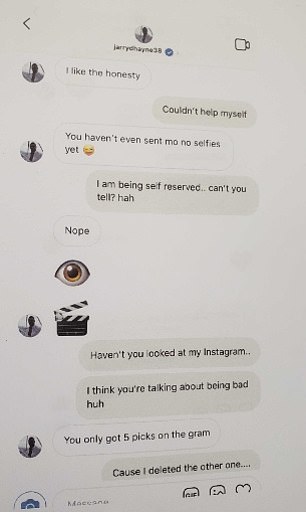 The flirtatious messages continued, with Hayne describing her sexual fantasy about him as ‘very steamy’. Hayne then asked to see more photographs of the woman (on right)

Victim recounts ordeal to a loved one

But the messages exchanged after Hayne attended the woman’s house and assaulted her were of a different tone.

Texts tendered in court showed that the victim told a loved one shortly afterwards: ‘Something just happened and I don’t know what it was.

‘Jarryd Hayne just came here … He got the taxi to wait outside and I heard a beep and was like is that your taxi and he’s like yeah.

‘And I said why did you think you’re going to just come here and have sex with me and he’s like no I can stay for as long as I like’.

The woman recounted that she said she was ‘for sure’ not going to sleep with him now.

The court heard the woman alleged that a ‘pushy’ Hayne then performed oral and digital sex on her – leaving her bleeding.

Further messages shown to the jury contain details of the injuries the woman allegedly suffered – which the Daily Mail has chosen not to publish. 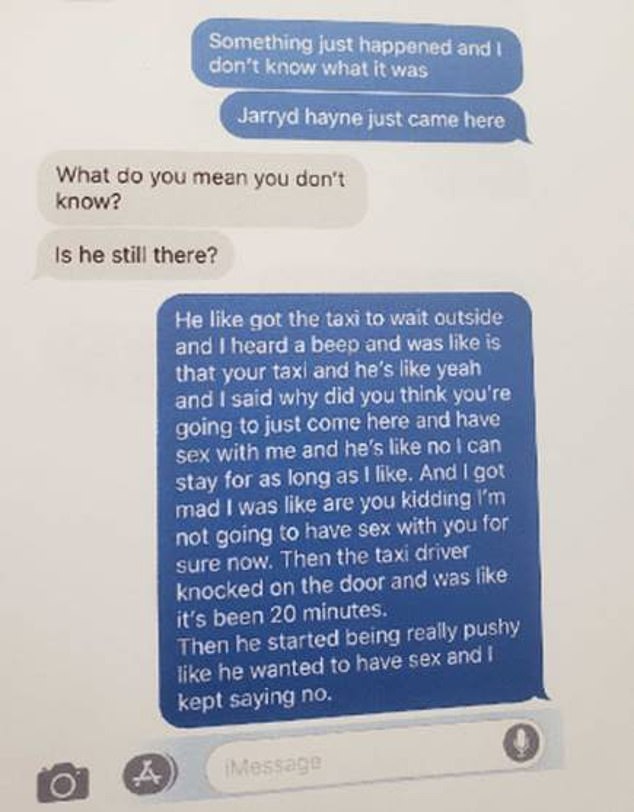 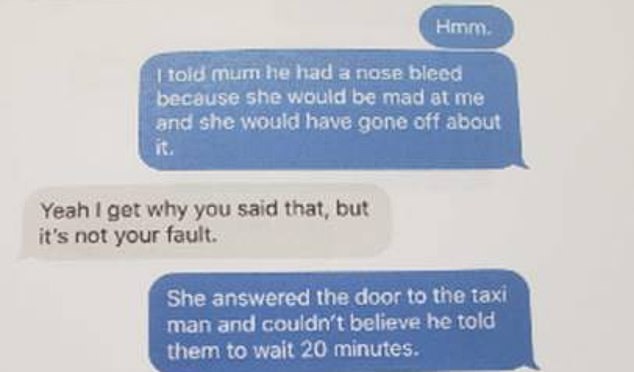 The woman recounted telling her mother – who was home at the time – that Hayne had suffered a nosebleed, to explain her bloodied bedding

The woman’s friend pointed out that by saying ‘go doctor tomorrow’, Hayne ‘didn’t even say sorry just got to a doctor’ 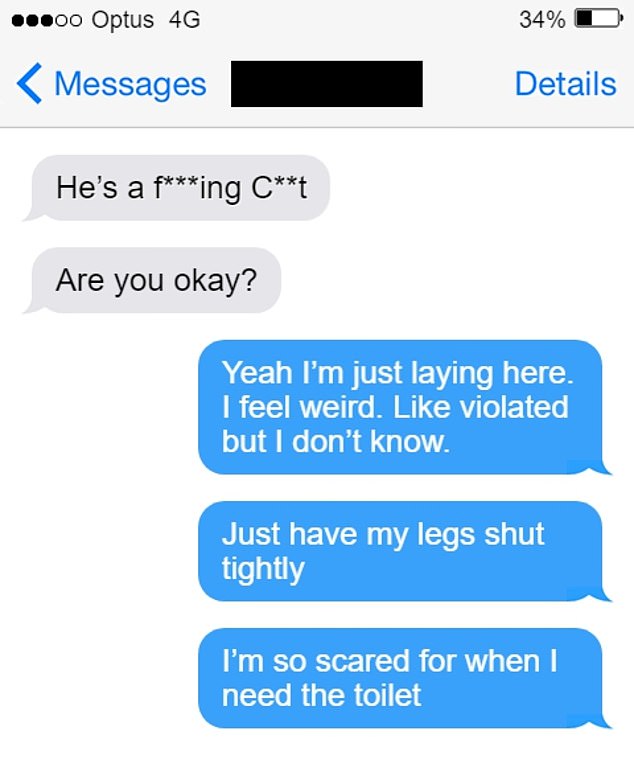 Another message between the victim and her loved one. The woman said she felt ‘weird’

Some time after the incident, the woman and Hayne exchanged a series of messages over Snapchat.

The victim said she thought Hayne would have ‘at least asked whether I’m ok or not by now’ – to which he replied: ‘you said you were ok last time we spoke?’

The victim said she didn’t recall what she said but ‘you knew I definitely wasn’t ok from the damage that night and you just left me that way.

‘It was pretty messed up and you should have just stopped when I said so.’

Hayne responded by asking her ‘wtf’ she was on about, setting out his side of the story, and adding: ‘Your starting to sound suss’.

The victim messaged Hayne this on Snapchat afterwards. Hayne replied to this message saying: ‘You said you were ok last time we spoke?’ 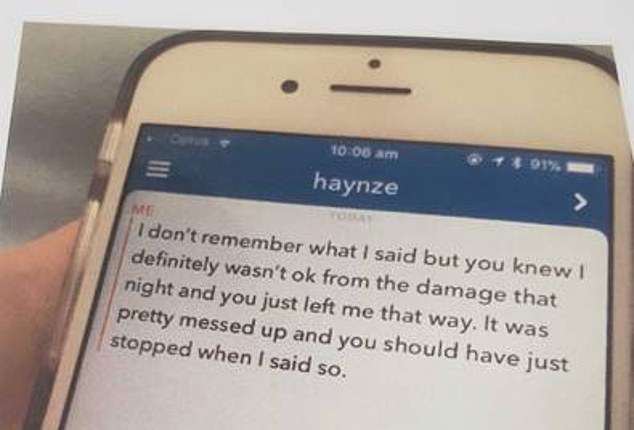 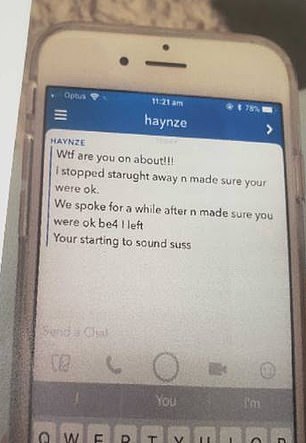 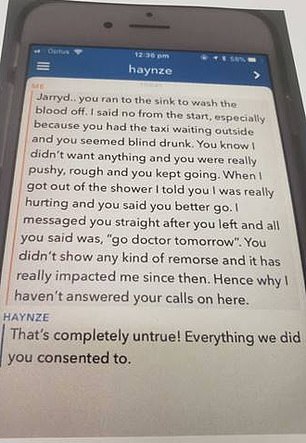 Hayne claimed he ‘stopped starught away n made sure your were ok (sic)’. The victim replied to say that she had ‘said no from the start, especially because you had the taxi waiting outside and you seemed blind drunk’ 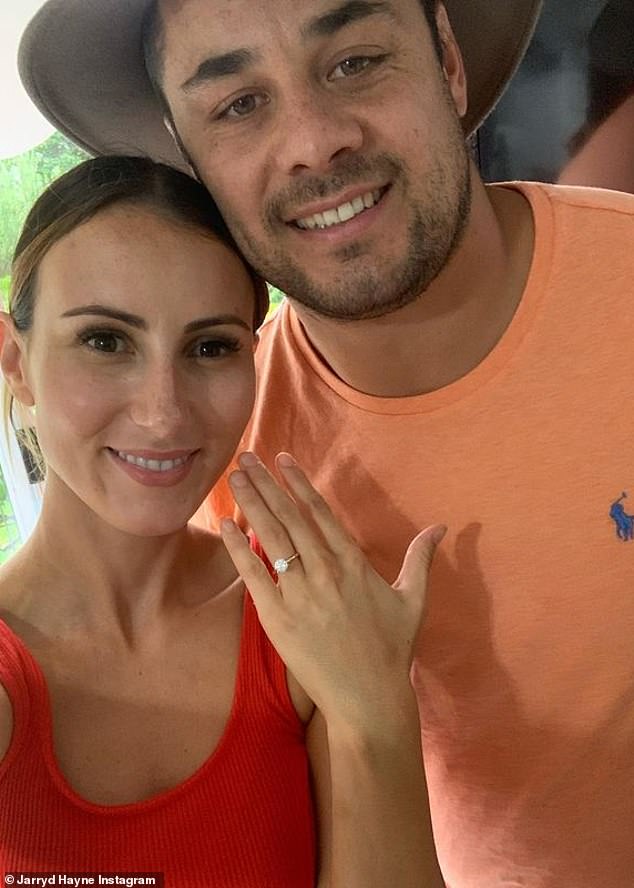 Now, Hayne faces a reckoning with what happened that evening two-and-a-half years ago.

The NSW Police Force has hailed Hayne’s victim for her ‘courage, resilience and steely nature’ throughout the court process.

A police investigation sparked two jury trials – one which failed to reach a verdict – and a further one in Sydney over the past fortnight.

Hayne faces up to 14 years’ imprisonment when he is sentenced on May 6 in Newcastle.

He was granted bail, a relative paying a $50,000 surety, but will spend the necxt six weeks under virtual house arrest at home on the NSW Central Coast.