Detectives investigating the killing of baby Jaidyn Leskie 23 years ago did not take fingerprints of the house because they thought two smashed windows were too small for an intruder to climb through – as the man acquitted of murder breaks his silence.

Greg Domaszewicz, then aged 28, was babysitting Jaidyn the night he went missing from his mum’s home in Newborough, in Victoria’s Latrobe Valley, on June 14, 1997.

The mechanic, who was found not guilty at trial and always denied any role in the toddler’s death, left the house to pick up his girlfriend Bilynda Murphy, the toddler’s mother, from the pub.

When he got home, he found two windows smashed by a pig’s head. 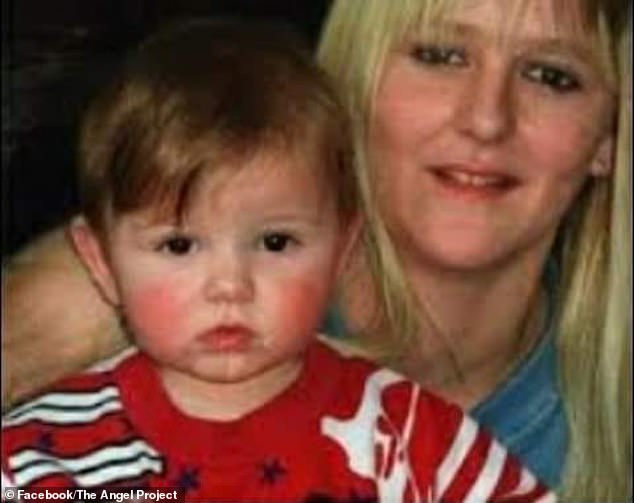 Kenny Penfold and a friend, from nearby Moe, had hurled the pig’s head at Mr Domaszewicz’s windows in a bizarre attack – retribution for him ‘two-timing’ Kenny’s sister Yvonne.

Mr Domaszewicz said he left baby Jaidyn sleeping in the house – and when he got back, the child was gone and a gaping two-metre hole was in one of the windows.

Police said they believed the hole was too small to climb through with jagged broken glass at the bottom – and so did not search inside the house for fingerprints.

However Kenny Penfold, who had a criminal record, said he could have squeezed through the window.

‘Even if it’s a remote possibility, the sensible thing to do would be to fingerprint the place from head to foot, and that would prove that no-one had been in there. That’s what didn’t happen,’ Mr Whealy said. 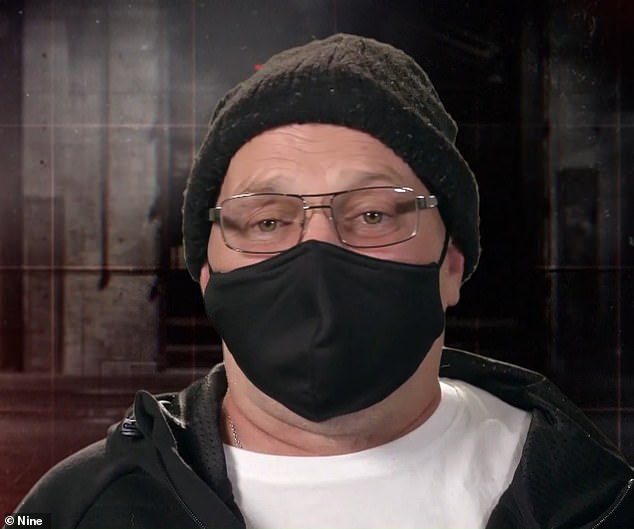 Greg Domaszewicz said he did not kill Jaidyn Leskie, but that the toddler had a bleeding nose on the day he disappeared from a ‘little fall’ 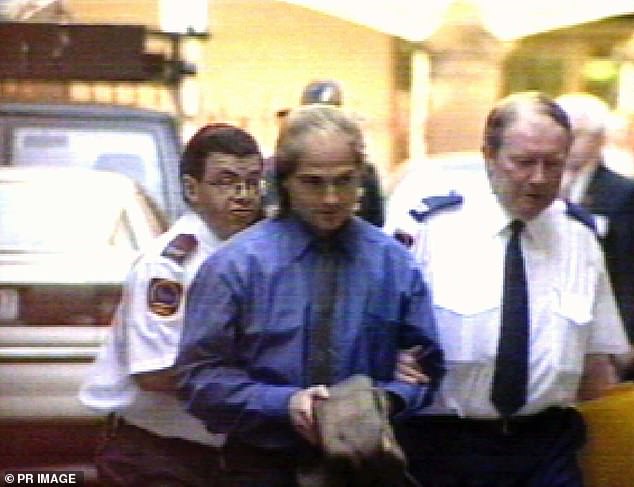 Greg Domaszewicz (pictured) was charged with the little boy’s death, but was found not guilty

Mr Domaszewicz told Channel Nine’s Under Investigation the one-year-old boy was hurt the night he disappeared and he ‘cleaned up the blood’.

He said he spent the afternoon mucking around with his car, but said the boy’s injury was no big deal.

‘It was just like he had a little fall you know, (I) cleaned him up, this and that and we’re off again, you know he was playing,’ he said.

‘It was nothing… it was just like he bumped his nose and he had like a nose bleed, I remember that, and I just, yeah, wanted to clean it up. I didn’t see it happen.’

‘He just came up while I was… still working on the car and I went ‘oh geez’, you know, and then… just wiped his nose, told him to blow his nose and that.’

But little Jaidyn had much bigger injuries when he was found dead in a creek, including a badly broken arm that was poorly treated. 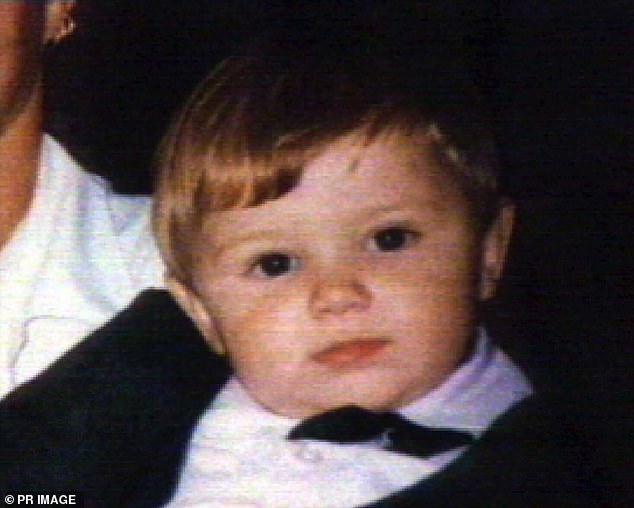 Jaidyn Leskie, one, was killed and his body dumped in a nearby dam. His death was caused by a head injury and he had a broken arm that had a wooden splint 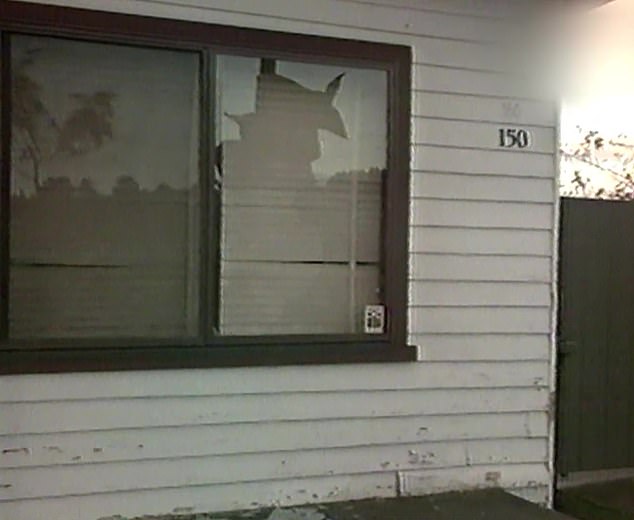 The toddler’s body was found in Blue Rock Dam, not far from his home in the country town of Moe, Victoria, six months after his disappearance.

Forensic pathologist Shelley Robertson, who conducted the autopsy, told Under Investigation that though Jaidyn’s body had a broken arm, it was a head injury that killed him.

The broken arm appeared to have been treated with a piece of wood bound to the arm with a bandage as a rudimentary splint.

Police investigators at the time thought the car Mr Domaszewicz was working on may have fallen off its jack and hurt the toddler who was playing nearby.

They believed Mr Domaszewicz panicked, gave Jaidyn a drug and killed him with a blow to his head before dumping his body in the dam.

Mr Domaszewicz, however, said the car did not fall – and was not on a jack, but on ramps. 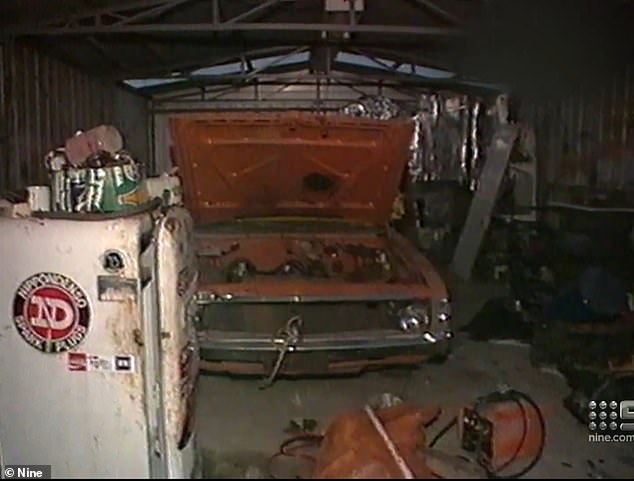 When Jaidyn Leskie’s body was found in the dam, it was discovered his arm was broken

Investigators found $600 in wet money under Mr Domaszewicz’s mattress plus a wet wallet.

Mr Domaszewicz said his car was leaking water and he threw his wallet in the back.

The Jaidyn Leskie case captured the nation’s attention for more than a decade as four separate inquiries were held into the death of the toddler.

A coronial inquest in 2003 heard evidence from more than 50 witnesses.

In his opening address, former Attorney-General Jim Kennan, SC, claimed there was evidence of Mr Domaszewicz mistreating Jaidyn in the weeks before his death.

The inquiry went for nearly a month but when it came to an end, the coroner could still not determine who had killed the toddler.

In 2006, Victorian Coroner Graeme Johnstone found Greg Domaszewicz did contribute to Jaidyn Leskie’s death and disposed of his body – but stopped short of finding him responsible for the death. 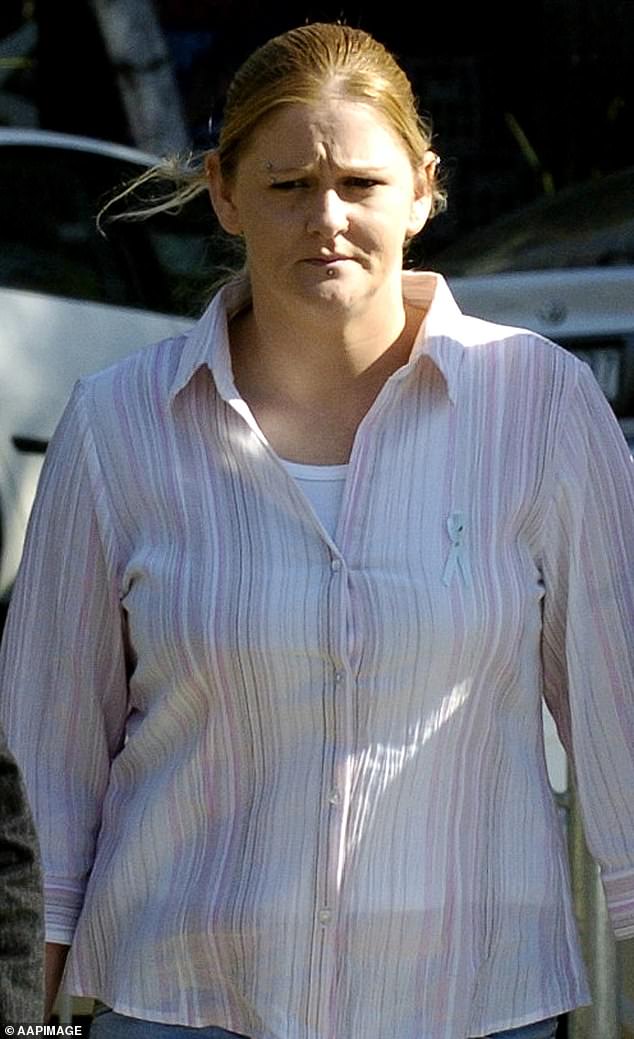 Bilynda Williams, mother of toddler Jaidyn Leskie, arrives at the Coroners Court for the third inquest into the death of her son in 2005 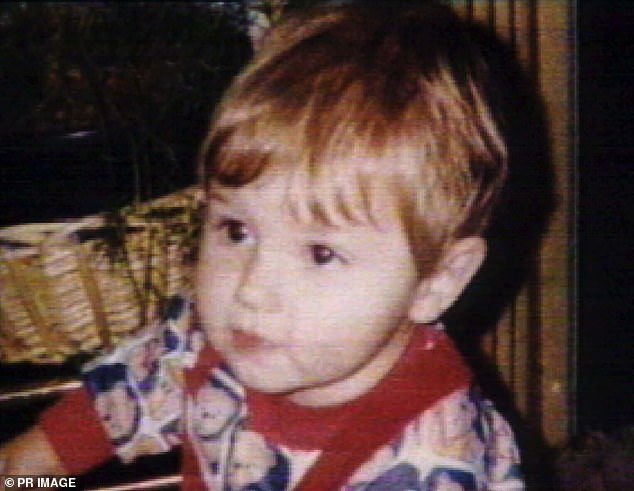 ‘The fact that a decision has been made that Mr Domaszewicz disposed of Jaidyn’s body does not enable any conclusion to be reached about precisely how the child died — whether by accident or otherwise,’ he concluded.

When veteran crime reporter Keith Moor caught up with Mr Domaszewicz in 2014, he continued to deny any wrongdoing.

He claimed Jaidyn’s body was well preserved when found in a sleeping bag in the dam – showing, he said, that the body hadn’t been submerged for six months as alleged.

‘He was found, like, a lot bigger than how he went missing,’ Mr Domaszewicz said.

‘The thing is, how did he grow? If he was in the water in that bag, how come that bag could rot… and yet he was all right?’ 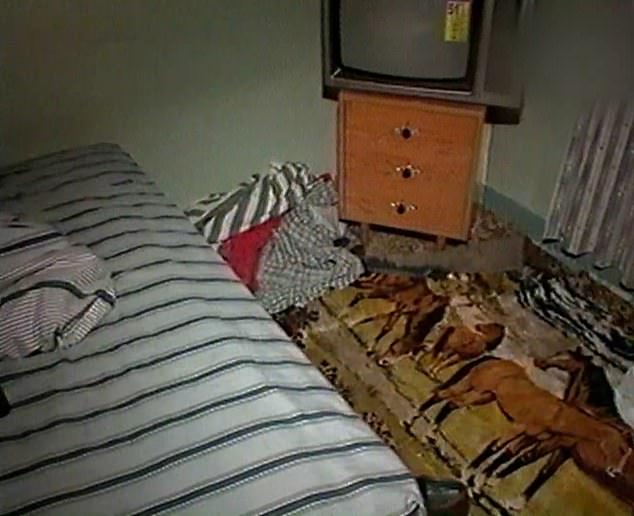 Inside the house where Jaidyn Leskie disappeared in 1997 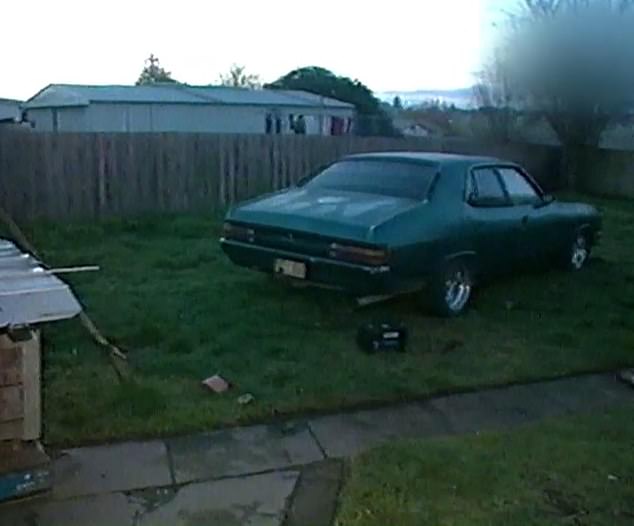