Shocking footage of a bloodied towel and sheets shows the aftermath of Jarryd Hayne’s rape of a young woman in her own bedroom.

The graphic video shows splotches of blood on bed sheets, pillows, and towels from where she bled from her genitals after Hayne’s sexual assault.

The former Australian and NSW Blues representative will be sentenced in May after a NSW District Court jury found him guilty of two rape charges on Monday.

The former two-time Dally M player of the year denied assaulting the woman, 26, in the bedroom of her home in Newcastle on the night of the 2018 NRL Grand Final on his way home from a friend’s buck’s night. 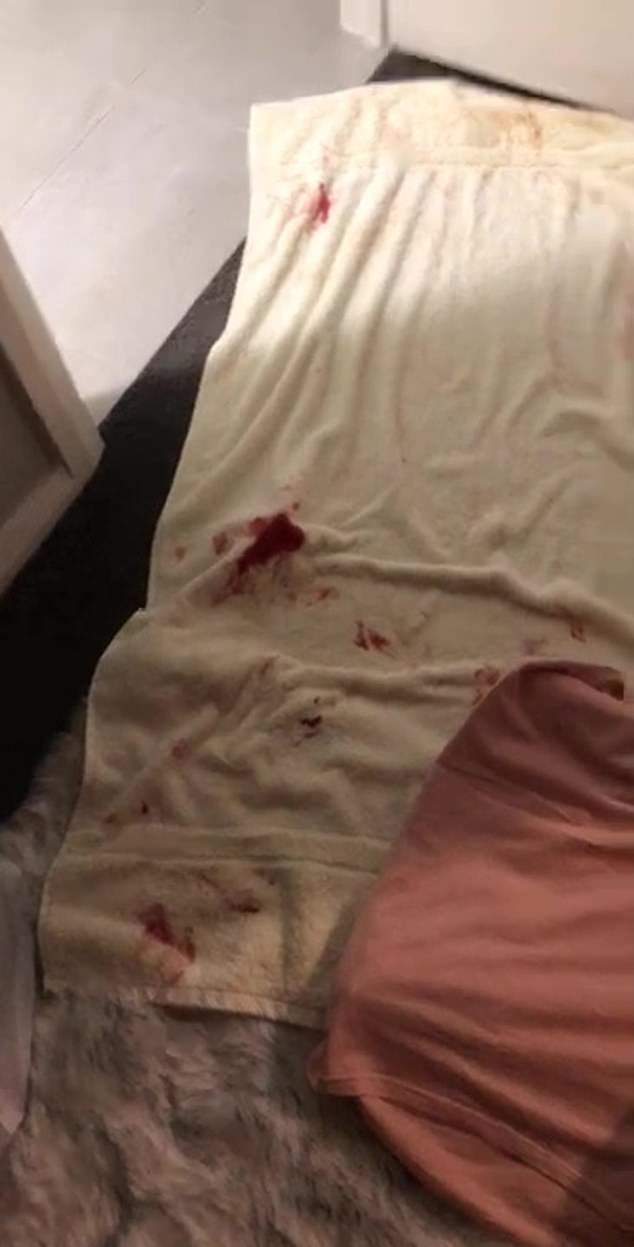 In the disturbing phone call intercepted by police in November 2018, Hayne tells Pearce he was he was ‘fooling around’ with the woman when ‘she bled a little bit… it was weird’.

‘She wigged out… [I said] ‘my fingernail must’ve just clipped you, that’s all, it’s nothing major, like it was just a little bit,’ he told Pearce.

The famous footballer’s rendezvous with the woman came after he celebrated a buck’s weekend in Newcastle and paid a taxi driver $550 to drive him back to Sydney.

A court previously heard the woman invited him to her house on September 30, 2018 – the night of the NRL grand final.

Hayne’s victim, then 26, had claimed he had sexually assaulted her, had been ‘really rough and pushy’, forcefully removed her clothes and left her bleeding from her genitalia. 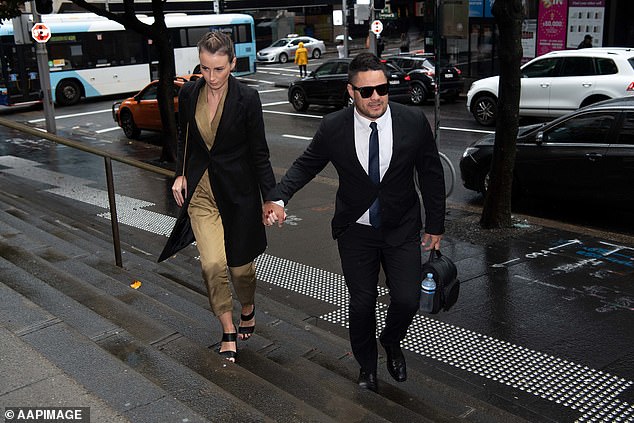 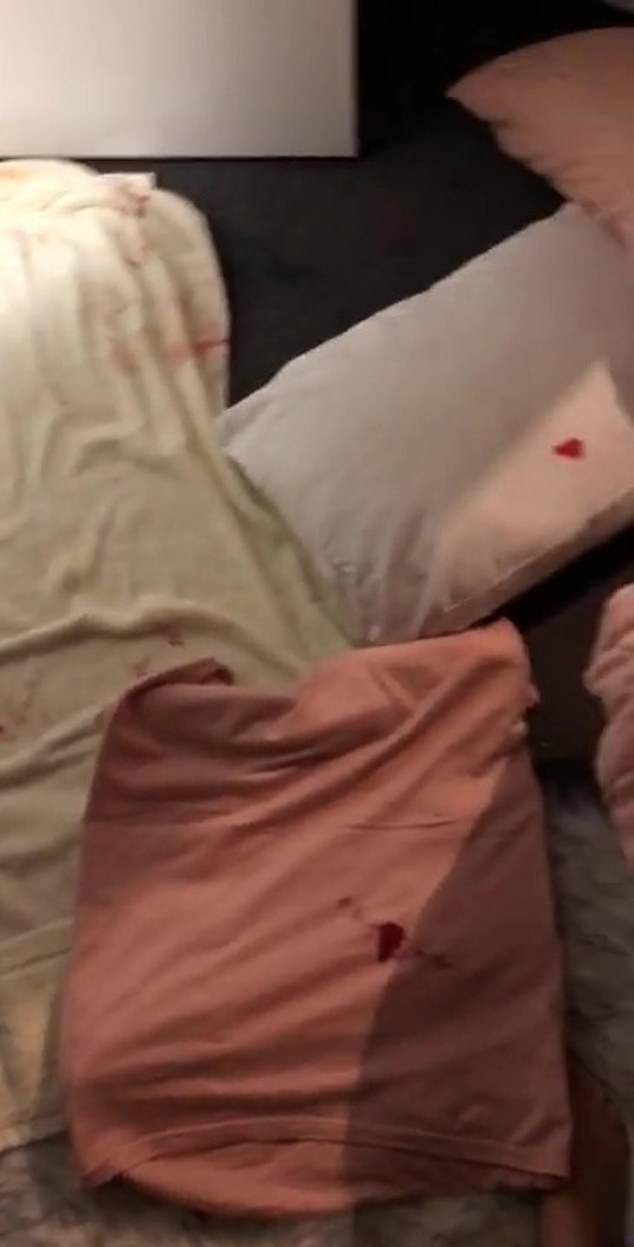 The woman told the court the former footy star sexually assaulted her, forcefully removed her clothes and left her bleeding from her genitalia. Pictured are her blood-stained bed sheets

The court heard was Hayne played an Ed Sheeran cover of Oasis’s Wonderwall in the woman’s room – when the driver rapped on the front door.

The woman later sent text messages to a girlfriend saying she thought Hayne had bitten her vagina and she felt violated.

Hayne vowed to ‘get’ the woman he raped for defamation in his angry phone call with Pearce almost two months after their encounter. 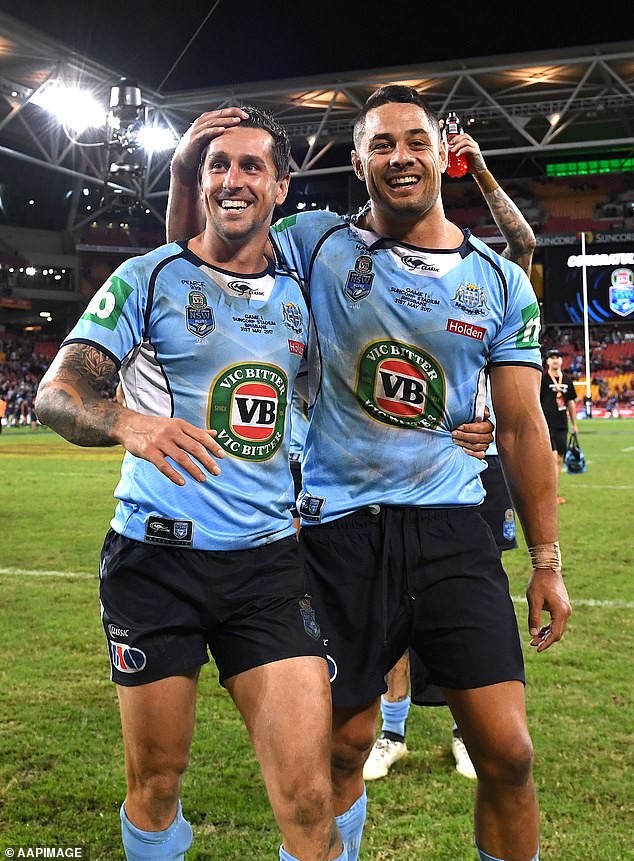 Hayne was arrested four days after the intercepted phone call in November 2018, which begins with him telling Pearce about the woman he met in ‘Newy’.

‘Who’s this sheila come out saying something about ya?’ Pearce asked.

‘Full-blown weirdo, yeah,’ Hayne added. ‘A couple of your boys might know her, bro.’

Pearce asked for her name and after it was supplied replied: ‘I’ll ask the boys.’

Hayne said the woman ‘sent all these nude snaps on Snapchat and that she wanted to ‘link up, link up’ but became ‘filthy because the cab was out the front’ of her house.

‘It’s like, well I’m only going to be here for a short time,’ Hayne said. ‘I watched a bit of the grand final with her old girl.’

In the 7.03pm phone call to Pearce, Hayne said the woman later contacted him to say he had been aggressive and she told him ‘no, no, no.’

‘You got a lawyer and that?’ Pearce asked:

‘Yeah I spoke to my lawyer and that,’ Hayne replied. ‘I’ll get her for defamation easy… I gotta go, bro, my lawyer’s calling me.’

The call ends with Pearce asking Hayne when he’ll be in Newcastle next for a catch- up. ‘Look after yourself, see you bro,’ Pearce ended the call.

In a separate call with another friend, Hayne described the woman as an ‘idiot’ ‘a loser’ and a ‘young cow carrying on’, and claimed she was ‘blowing up’ and ‘filthy because I brushed her’.

‘You speak to them a bit, they get attached,’ he said. ‘Cause I’ve flicked her, she’s blown up.’ 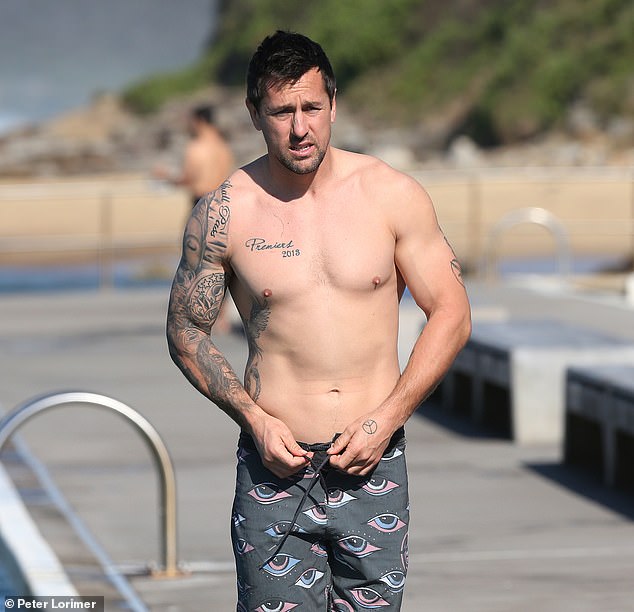 The call intercepted with police begins with Jarryd Hayne telling Mitchell Pearce (pictured)  about the woman he’d met in ‘Newy’.

Hayne walked from court with a defiant message after the jury sensationally found him guilty of two charges of sexual assault.

The former rugby league superstar now faces up to 14 years behind bars over the two charges of sexual intercourse without consent. 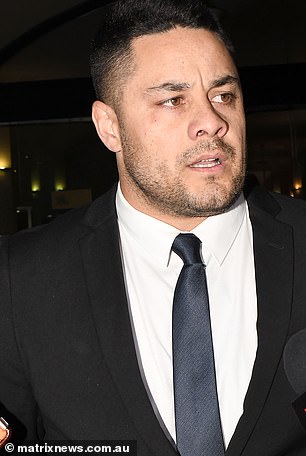 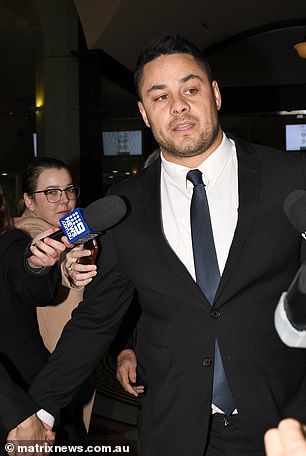 Hayne was found not guilty of more serious alternative charges of aggravated sexual intercourse without consent inflicting actual bodily harm, which would have carried an even longer sentence. 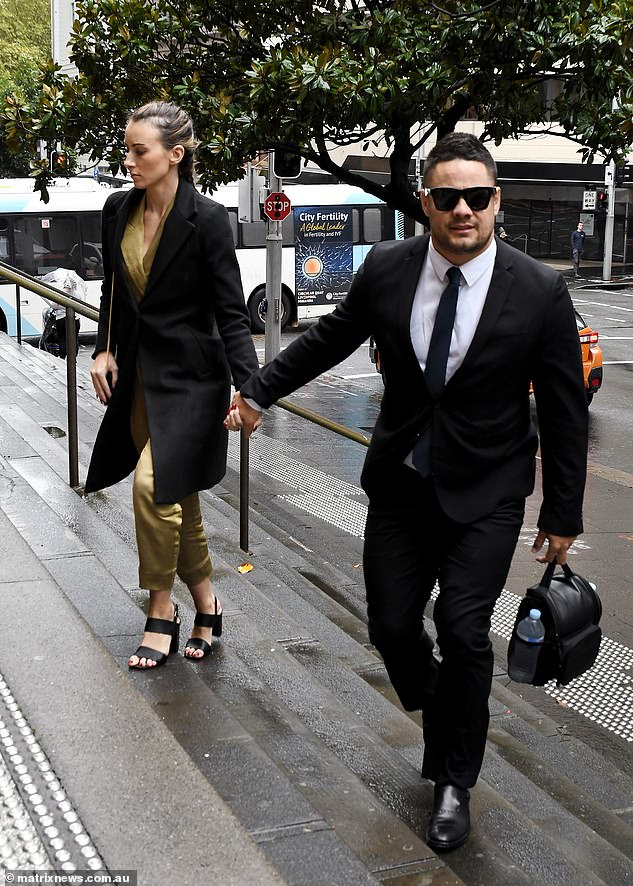 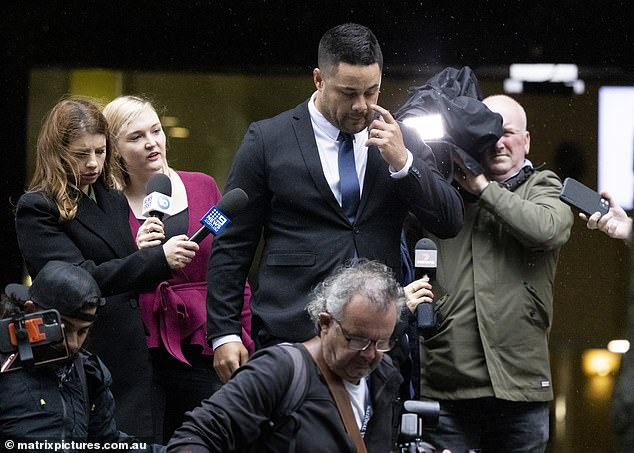