Over a dozen houseboats were saved by a quick-thinking skipper who stopped a floating container from crushing the marina.

The floating shipping container was surging down the Hawkesbury River at Webbs Creek Ferry, north west of Sydney.

Incredible footage shows the blue shipping container on a destructive path towards the houseboats before the vessel about half its size drives towards it and gently guides it away. 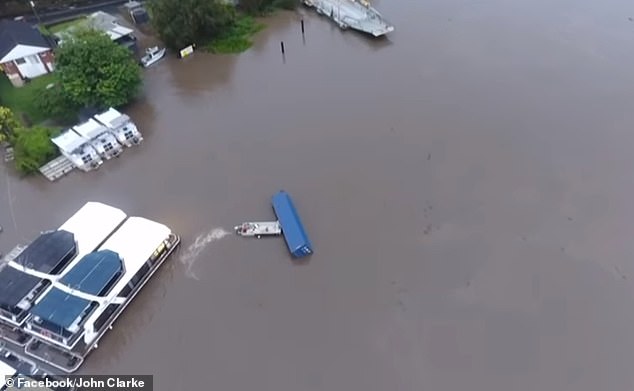 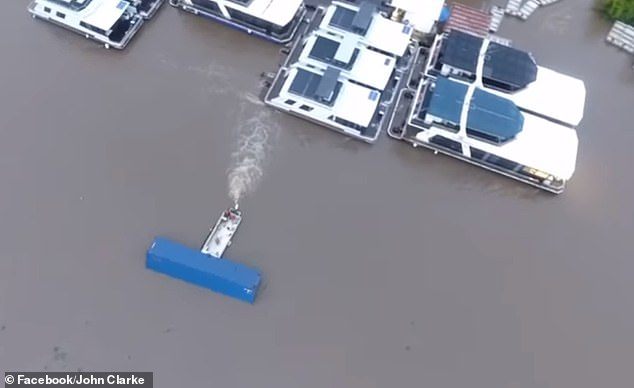 Footage shows the massive container hitting the Webbs Creek Ferry barge and visibly moving it before it continues down stream towards the houseboats.

The fast-acting skipper put his boat between the container and the marina to save more than a dozen houseboats.

Today, NSW SES issued another flood evacuation warning for residents located in the lower reaches along the Hawkesbury River from Wisemans Ferry to Brooklyn. 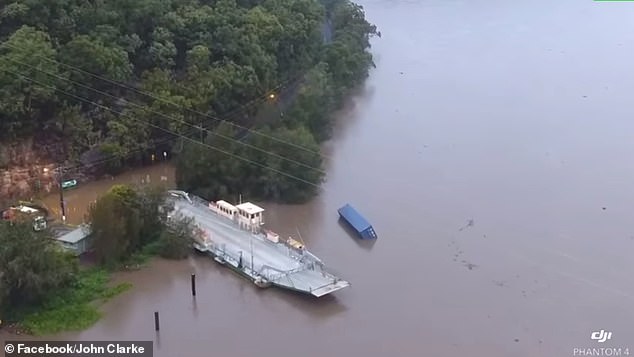 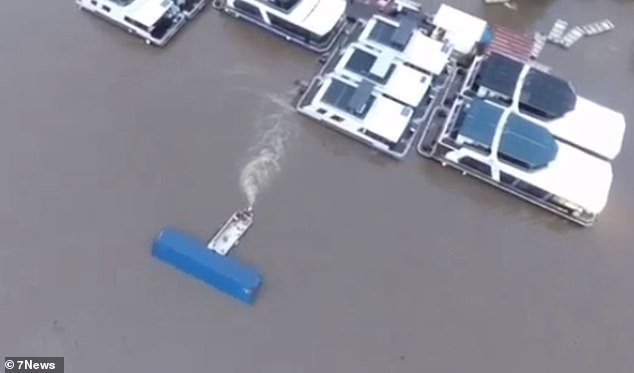 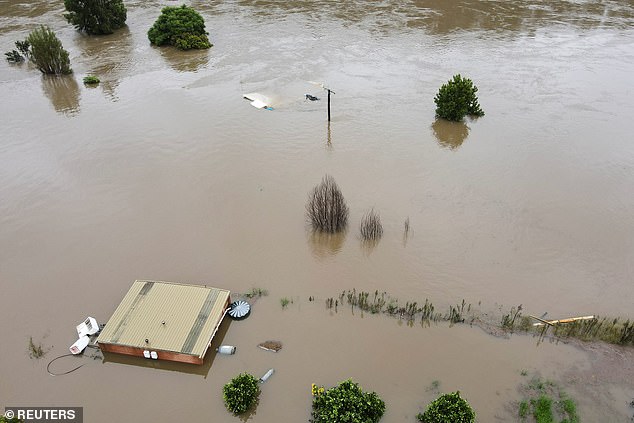 NSW Premier Gladys Berejiklian said she is worried about ‘worsening conditions’ set to hit parts of the state again today with the Hawkesbury and Colo River areas now the primary areas of concern, 9News reported.

Ms Berejiklian said ‘massive water flows’ are expected in rivers through the week, even after the rain stops 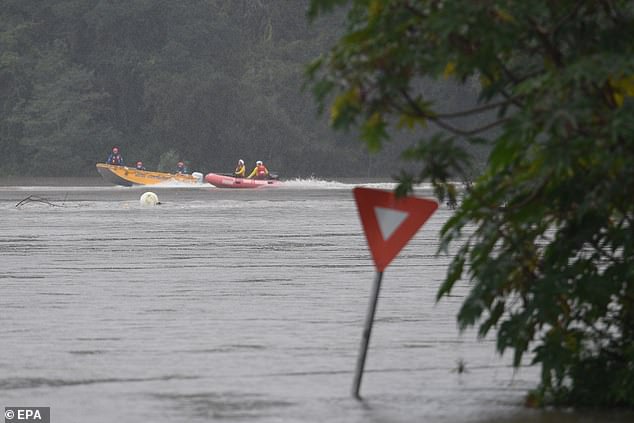