Two boys aged 13 and a 101-year-old woman are among the thousands of people who have been automatically banned from driving after earning 12 or more penalty points, exclusive figures for This is Money show.

The statistics have been revealed by new Driver and Vehicle Licensing data that lifts the lid on how many motorists have come a cropper under ‘totting-up’ rules.

Some 38,187 drivers are listed as carrying ‘TT99’ offences, which signify automatic disqualifications because a person has accrued 12 or more points in three years. This is often known as a ‘totting up ban’.

Almost as many motorists again should also be banned but are not, with more than 35,000 motorists believed to be on the road today with more than a dozen points because they’ve been allowed to keep their licences via a legal loophole. 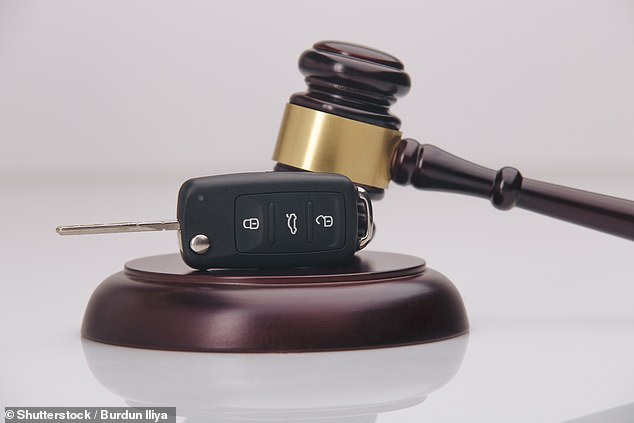 Totting-up bans: Some 38,187 drivers are listed as carrying ‘TT99’ offences, which signify automatic disqualifications because a person has accrued 12 or more points in three years

The data, secured via a Freedom of Information request to the DVLA from motoring association MotorEasy, cover TT99 records for the past four years for England, Scotland and Wales.

At the youngest end of the spectrum, it found that the pair of just-turned-teenagers – one from the South East and the other the West Midlands – were both suspended from the roads only last year.

The next youngest motorists with TT99 offences on their existing records are 15, with at least six cases reported by the DVLA – all of them males.

In addition, there are 14 males aged 16 who have qualified for a driving suspension for reaching the tipping point, despite being too young to have a licence.

No females under the legal driving age earned themselves a suspension. The youngest banned under the totting-up rules was 18.

Incredibly, teenagers well under the legal driving age who are listed as disqualified could technically still secure a driving licence shortly after turning 17.

Bans for underage drivers often start from the date of conviction and could therefore have expired by the time the offender reaches the legal age, though endorsements will still be listed on any licence issued.

This means the 13-year-old boys with TT99 offences last year could be able to apply for a provisional driving licence five years later, when they are 18.

Duncan McClure Fisher, founder and chief executive of MotorEasy, said: ‘It’s frowned upon for adults to collect so many points for offences such as speeding, so for youngsters four years below the legal driving age to have amassed them is mind-boggling.’

In 2018, a 101-year-old female in the South West fell foul of the law for collecting 12 or more endorsement points, while a driver aged 94 from the East was also banned in the same year.

Women drivers are more likely to have a TT99 offence on their record at the upper end of the age scale, with at least three 92 year olds and two aged 90 totting up enough points to be banned during the four-year period reviewed.

While men didn’t top the age charts, there were still plenty of older male drivers who hit the 12-point mark since the start of 2018. 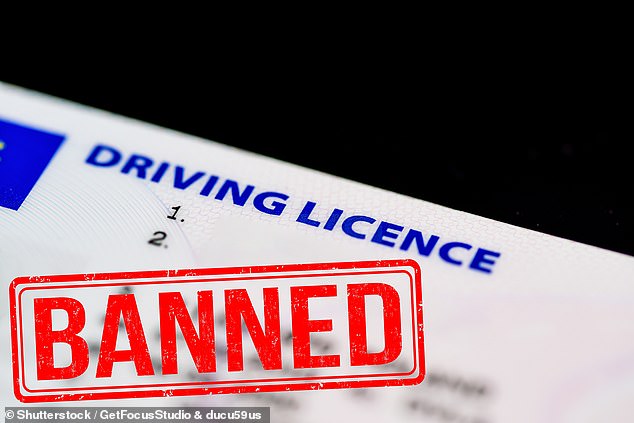 Duncan adds: ‘It’s surprising to see the ages of some of those at the other end of the scale who have totted up 12 or more points.

‘While there is no legal requirement to retake your test later in life, those aged 70 and above have to reapply for their licence every three years.

‘That means they must declare they are fit and healthy to get behind the wheel and their eyesight meets the minimum standard.

‘So to still be driving at 101 is remarkable, and normally something to celebrate. However, these OAP motorists have obviously not maintained the standards expected on the roads.’

The overall stats from the DVLA showed that the total number of drivers guilty of a TT99 offences has risen by 11 per cent in the last four years, rising from 34,485 cases in 2018 – although it did dip in 2020 due to the Covid pandemic.

These figures should be much higher, had motorists not exploited a legal loophole that’s allowed them to retain their licences despite having 12 or more points.

Between 7,000 and 8,000 motorists in England a year who have totted-up more than a dozen points avoid disqualification, a recent investigation revealed.

The 2021 report found that 35,569 are legally still driving having told judges they would face ‘exceptional hardship’ if they were unable to continue driving.

Courts have discretion to allow offenders to keep driving if they are able to prove extenuating circumstances, including when a ban would result in them losing a job and face financial problems.

It means almost one in five drivers with 12 points or more are escaping bans, according to research conducted by Cycling UK last year.