The pub that survived the Blitz AND the bulldozer: London boozer reopens after being rebuilt ‘brick-by-brick’ following illegal demolition for flats – giving hope to other bars under threat

Built more than a century ago, it’s an historic pub that survived the Blitz and even being bulldozed when campaigners identified a major planning permission error.

And now the Carlton Tavern in Maida Vale, West London, is set to reopen next month – six years after the developers were sensationally told to rebuild it ‘brick by brick’.

The pub was being considered for Grade II-listed status by English Heritage when it was demolished in 2015 without the appropriate planning permission in place.

More than 5,000 campaigners then urged Westminster Council to act, and chiefs ordered Israeli property developer CTLX who owned it to rebuild the whole thing. 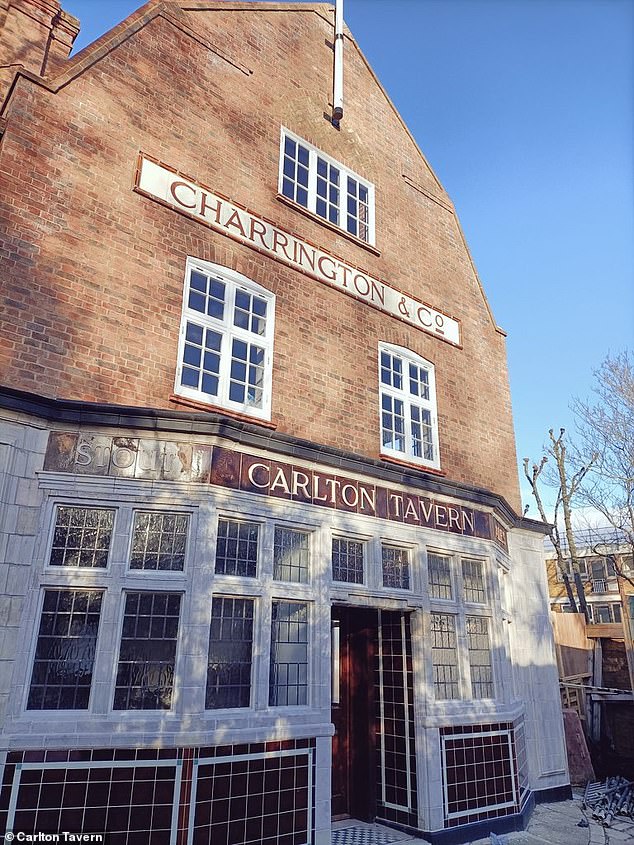 The Carlton Tavern in Maida Vale, West London, is set to reopen next month after the rebuild 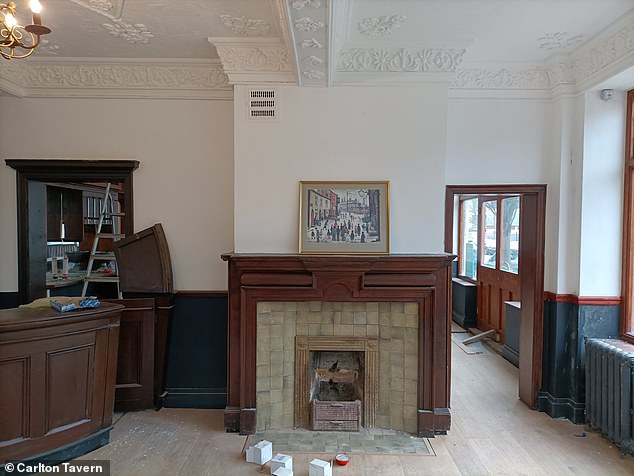 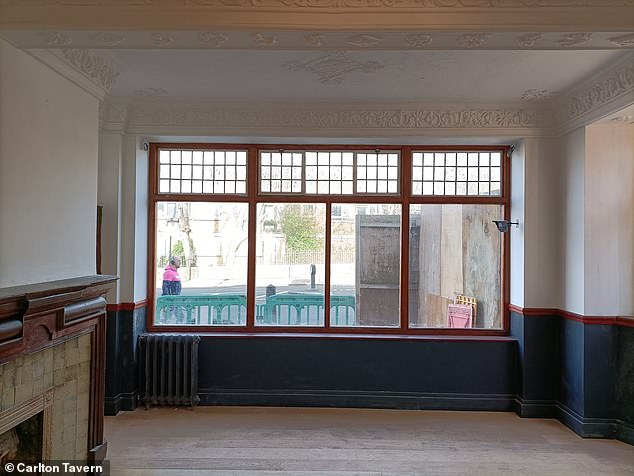 Now the Carlton Tavern’s outdoor area is set to reopen on April 12 when coronavirus lockdown restrictions are due to be partially lifted for the hospitality industry.

New leaseholders Tom Rees and Ben Martin are behind the relaunch with the pub set to stock London craft ales from the likes of Camden Town Brewery and Five Points.

101-year history of the Carlton Tavern

Mr Rees told The Observer: ‘Lots of parts of the bar and the fireplace, the bannister, have been reclaimed from the rubble. The pub tells its story from the half-broken fixtures that we’ve got.

‘You can see bits of broken wood – it’s not all perfect, which we really love because it gives character and charm to the building.’

He added: ‘I live locally and I knew about the pub. This has happened multiple times in different places and there’s never been a result like this.’

The pub closed in April 2015 and the owners were denied planning permission to convert it into ten flats – but ordered it to be demolished, two days before English Heritage was due to recommend it become a Grade II-listed building.

This incensed campaigners who took their case to the council, which forced the owners to rebuild the whole thing.

This move was rubber-stamped by a planning inquiry one year later which ruled it had to be rebuilt ‘in facsimile’, including the red bricks and tiled name.

Campaigner Polly Robertson, from the Rebuild the Carlton Tavern group, told The Observer: ‘We had a suspicion before the demolition that they would do something, so we asked English Heritage to think about listing it. They took a plaster cast of every tile, they took pictures and documented everything.’

The Campaign for Pubs said the ruling ‘set an incredibly useful precedent’, with full planning permission now required before pubs can be converted into shops under permitted development rules.

The pub was the only building left standing on Carlton Vale after a Nazi bombing raid on Maida Vale during the Second World War. 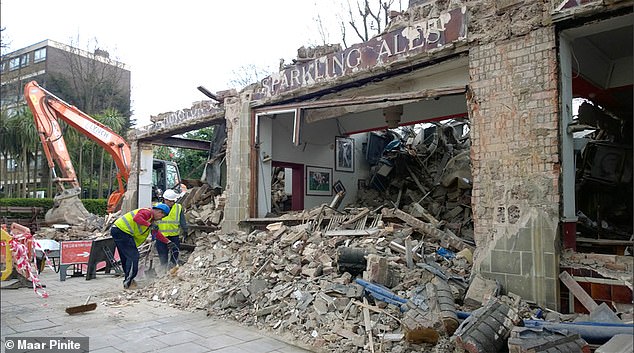 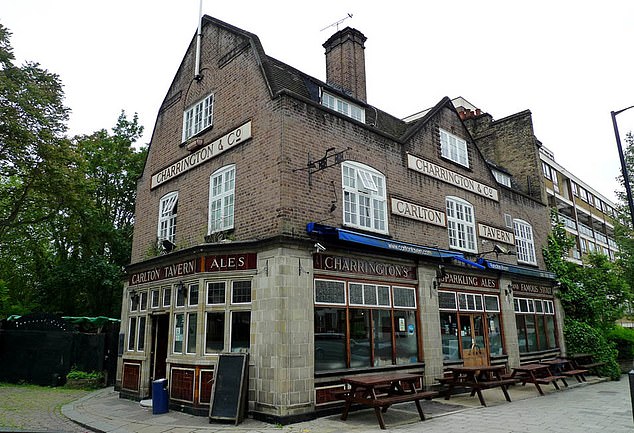 The Carlton Tavern in Maida Vale, West London, is pictured before it was demolished in 2015

The reopening comes as new industry data from UKHospitality revealed pubs, bars and restaurants have missed out on £86 billion of sales since the pandemic struck.

The figure, equivalent to an astonishing £1.7billion per week, shows how the industry has been brought to its knees with thousands of businesses left hanging on for life.

Industry leaders said the crisis was an ‘asteroid’ to Britain’s pubs and restaurants, forcing chains to cull thousands of outlets and hundreds of thousands of staff.

In total 11,900 licenced premises have shut their doors since December 2019 and 660,000 jobs have disappeared from the sector because of the virus.

Under Boris Johnson’s road map out of lockdown, businesses can open outdoor areas from April 12, but only open indoors with tight restrictions from May 17.