An eight-year-old girl who started a tinkering with jewellery for a school art auction now has New Zealand Prime Minister Jacinda Adern among her customers.

Twilight Edwards, now 15, sells pieces from her Taonga By Twilight label, meaning treasure in Maori all over the country and the world.

The brand is often unable to keep up with demand and makes sales of up to $10,000 a month. 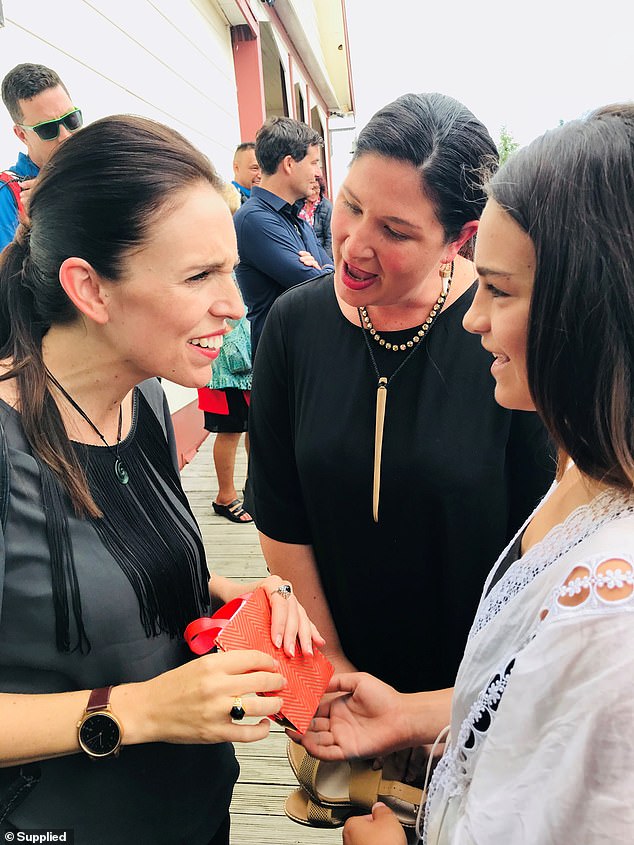 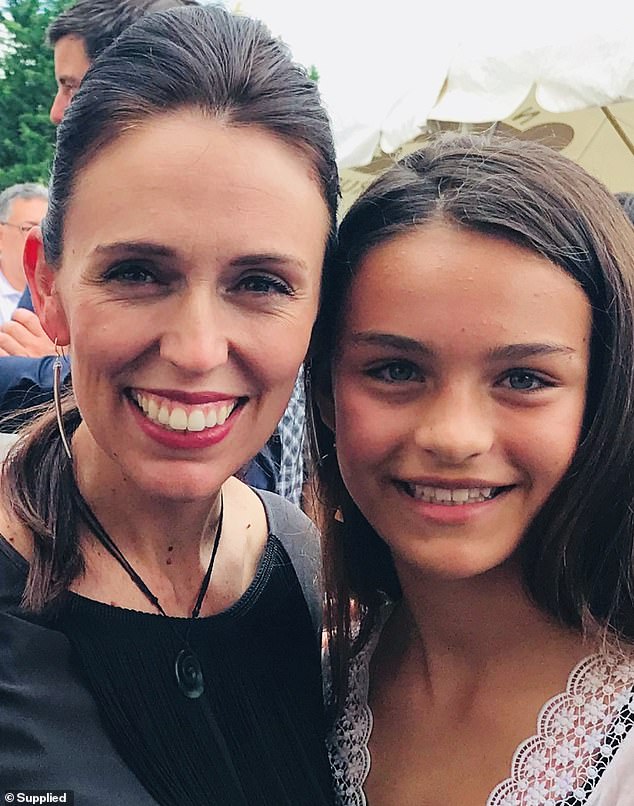 The earrings worn by NZ Prime Minister Jacinda Adern are the Huia Beak earrings, the Huia is an extinct native NZ bird

‘Twilight would attend basic jewellery classes and silver clay classes as a child where she began to learn techniques to make her jewellery,’ she said.

Her brand is loved by the Ms Adern who wears her earrings to press conferences to star-studded events.

When Twilight heard she was going to be at the small town of Karetu Marae, she took a pair of her earrings hoping she would get a chance to gift them to her. 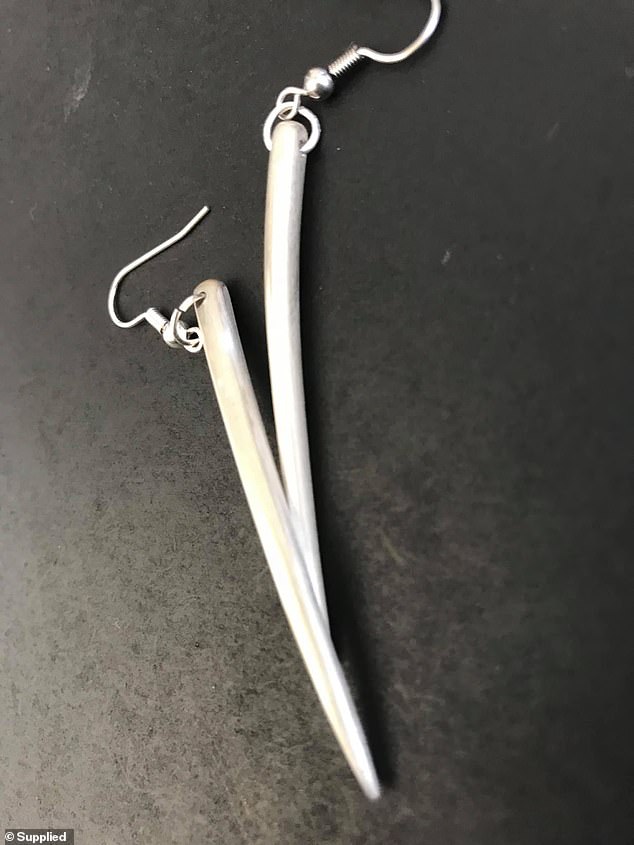 This piece from Taonga By Twilight is inspired by the Huia bird beak, it is made with fork prongs

Her mother admitted she didn’t think she would get an opportunity to present them.

But Twilight was introduced to the prime minister who shocked them both by instantly put the earrings on.

Since then, the two have met again as Twilight presented her with another pair of earrings which Ms Adern has worn at several high-profile events.

‘She was all over the media wearing her earrings, we were so excited and I remember recording the TV with my phone,’ Ms Edwards said. 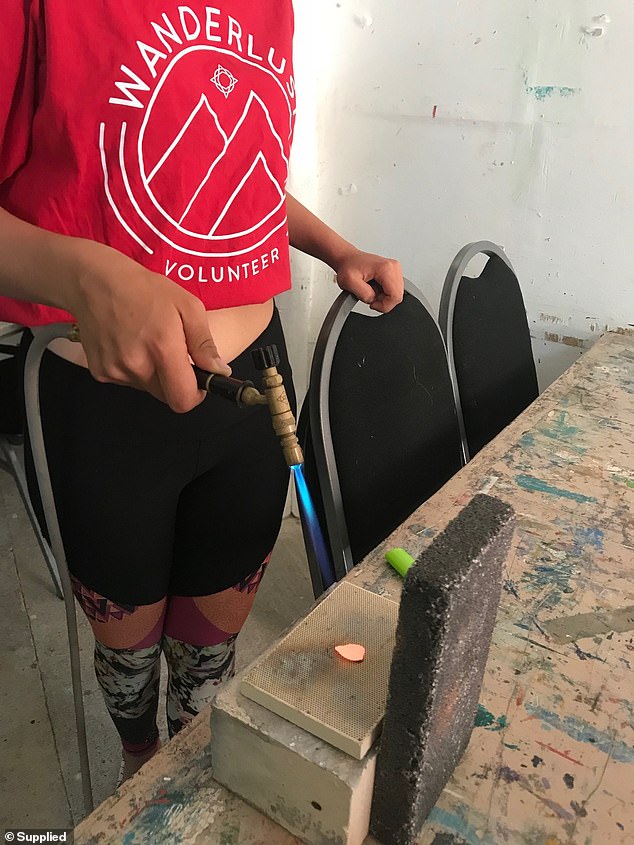 Taonga By Twilight holds very strong ties with Twilight’s heritage and most pieces hold a special connection to the Maori and Hawaiian cultures.

Her Kawakawa earrings are named after the birthplace of her Nana and it is also her favourite rongoa plant, which is known for it’s healing properties.

‘They all have to mean something to her, the leaf (earrings) has a lot of significance to our family and her grandmother is from there,’ Ms Edwards said.

‘These earrings will not only bring you joy to wear, but will also embody all of the healing properties that Kawakawa blesses us with.’

Twilight grew up on the small island of Roberton in the Bay of Islands, New Zealand where her father was a caretaker for several properties and she had the freedom to fish, swim, forage, and roam around the island.

‘They had the freedom to do anything they wanted, to build anything… they had a lot of time to play and fiddle and tinker with things so I think that’s where it started,’ she said.

‘People would show her how to things and she would learn, then she would take it further.’ 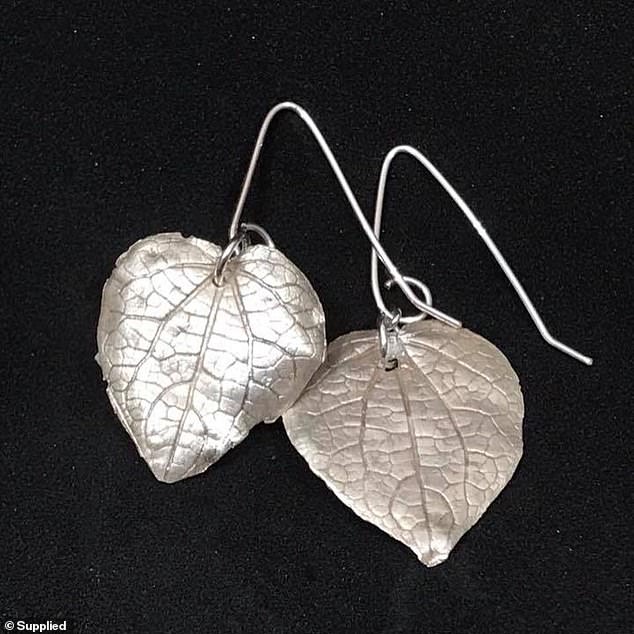 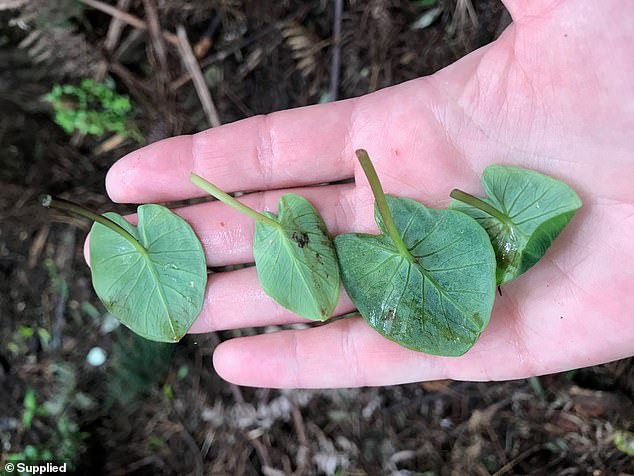 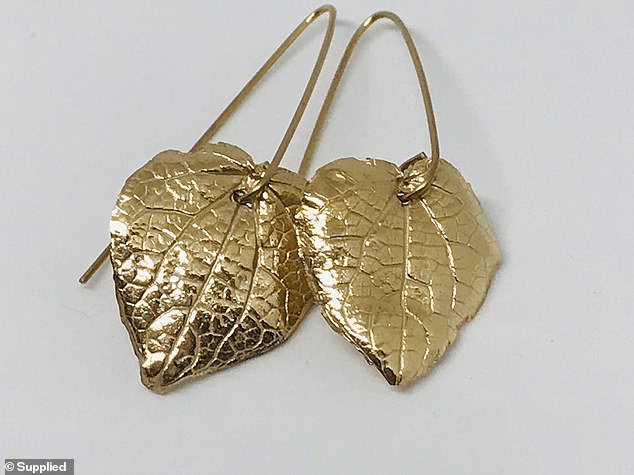 Ms Edwards said the brand had great support from the local and Maori community, which helped it grow.

‘She’s been so well supported by the wider community, if people were buy teacher gifts and those sorts of things, they would buy them from her instead of Target,’ she said.

‘Everyone would wear her jewellery at Maori events all the time. It’s really special to see people wearing her jewellery.

‘If she needed anything I don’t hesitate to think that people would be right there to help.’

Her mother said she gives back where she can, which usually helps grow the brand.

‘She donates a lot of pieces to raffles and in turn that’s helped get her work out,’ she said.

Twilight reinvests most of the money she earns back into the business to help pay for new equipment and tools. 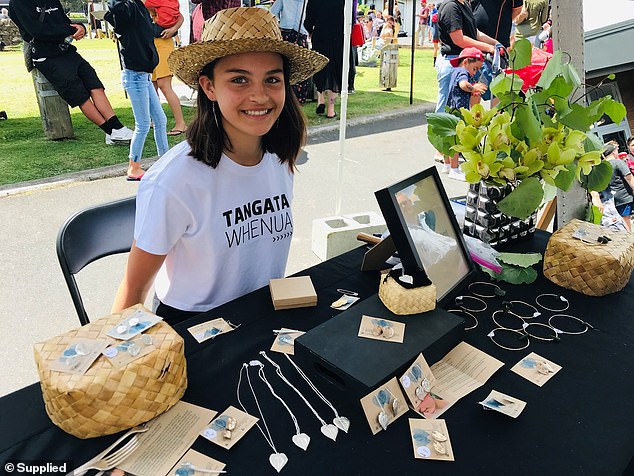 The first time she set up a stall at the InnoNative Markets her stall was voted the best looking and with her $100 prize she was able to pay for a silver clay course.

Twilight’s mother said that the business has lead to a very busy life for her daughter but the success is very exciting.

‘She’s really excited but sometimes she does get overwhelmed trying to meet customers needs when she’s got other things on but she seems to be handling it well,’ she said.

‘I think she’s really grateful for the success but she does stay quiet about it.’

Twilight sells her jewellery primarily through her Facebook page Taonga by Twilight but also Innovation Store and a Maori art gallery in New Zealand. 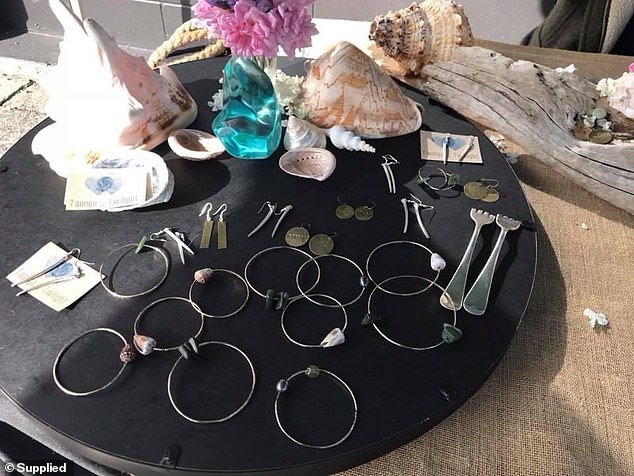