A Brooklyn woman captured a horrifying moment on video after a rabid raccoon tried to claw its way into her apartment through the light fixture.

Yesenia Irizarry, a student at the Fashion Institute of Technology in New York City, had recently moved into the new apartment with three roommates, she told Pix 11.

However, a raccoon – which was feared to have rabies – had already made itself at home in the crawlspace over their kitchen ceiling.

‘I’m calling 911’ Irizarry can be heard saying in the video after a raccoon paw begins to poke out of their kitchen light fixture, in the video taken back in November 2021.

‘Can you send animal control or something?’ she tells the dispatcher as her fellow roommates scream while the raccoon continues to stick its paw out of the fixture menacingly.

‘There is no way you can go to sleep. They’re like “go to bed, and see about it in the morning” and there is no way (I’m going to sleep) with that (in the house).’ 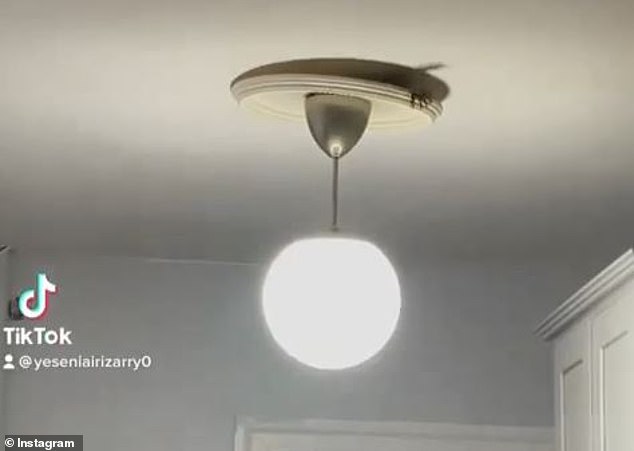 Pictured: the raccoon’s paw can be seen menacingly poking out of the kitchen’s light fixture 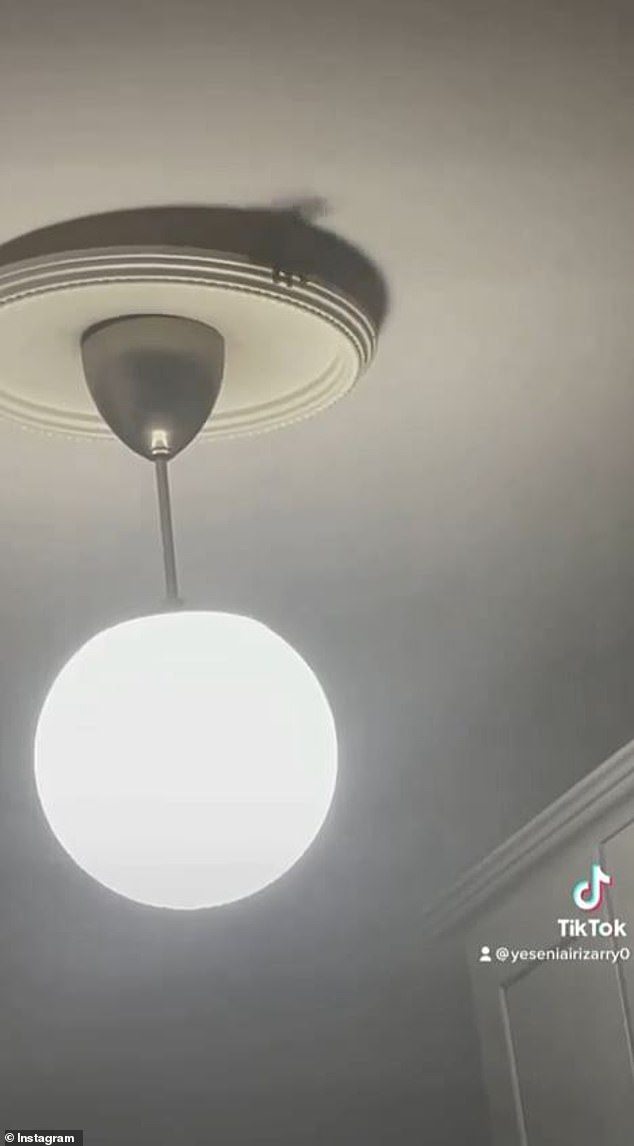 The raccoon, paw pictured above, had made itself at home in the crawlspace over their kitchen ceiling 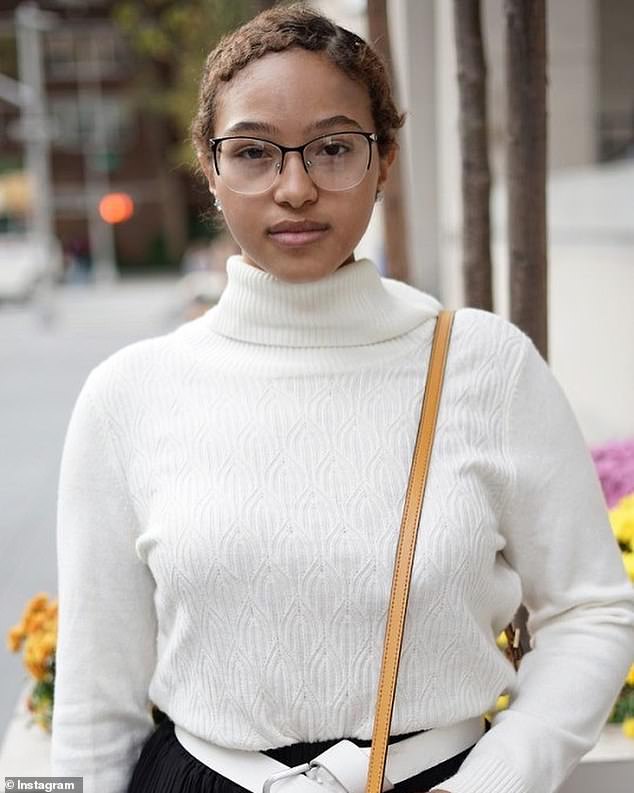 Pictured: Yesenia Irizarry, a student at the Fashion Institute of Technology in New York City, had recently moved into the new apartment with three roommates

It was past midnight by the time the raccoon made its unwanted presence felt, with the local animal-control service already closed, Irizarry said.

So the women called 911, who responded, but said they ‘wouldn’t even know what to do,’ and suggested that the women wait for their landlord to call them back in the morning, according to Irizarry.

Meanwhile, the raccoon could be seen making a bigger gap in the light fixture, as if it was trying to enter Irizarry’s kitchen.

‘We were literally just waiting and watching,’ said Irizarry, who was alerted to the incident by the screams of her roommates.

‘Its arm just stuck out. At one point, we saw its ear, like it was opening the gap wider so it could come in.’

‘No one slept that night,’ she added.

‘We huddled in our rooms. The scratching kind of died down, but then it started again a little later. It was getting more aggressive. We could hear the raccoon moving (in the ceiling above) the living room, above the bedrooms.’

Eventually, Irizarry said the landlord responded at around 7 am, who sent over a handyman to fix the loose light fixtures where the raccoon was attempting to break in through.

The next day, an animal-control officer came to Irizarry’s apartment and set traps in the building’s crawlspace, where the raccoon is said to have made its home, on the roof, and on the fire escape.

Irizarry and her roommates ended up discovering some interesting facts about the history of the apartment, learning that they were far from the first tenants to encounter raccoon problems.

‘Past tenants would come home to raccoons in their living room,’ Irizarry claimed.

Pix 11 reported that the building’s management had placed caps on the chimneys in an effort to fix the raccoon issue, she said, however the caps eventually were torn off.

Another raccoon then found its way into the building using the chimney, which it climbed to gain access to the crawlspace above their kitchen ceiling.

Irizarry added that the animal-control officer had made several comments suggesting the raccoon was rabid and was raising babies in the crawlspace prior to being caught and removed.