As a 38-metre shipping container floated out of control on the flooded Hawkesbury River, Simon McQuillan had only minutes to act. Heroic boatie relives the moment he single-handedly stopped it destroying 24 houseboats

The longtime skipper has been hailed a hailed a ‘hero’ after using a punt to steer a floating two-tonne shipping container away from crashing into a cluster of moored houseboats on the flooded Hawkesbury River.

Mr McQuillan, the owner of Able Hawkesbury Houseboats at Wiseman’s Ferry, told Daily Mail Australia he had just ‘minutes’ to act when he realised the 38-metre long container was headed for the company’s houseboats.

‘We were alerted to the container floating down the river by friends who were delivering supplies, that’s how they got the drone footage,’ he said.

‘I didn’t have much time, just minutes. But that’s why the punt and the work platform are there, for just such an occasion.’ 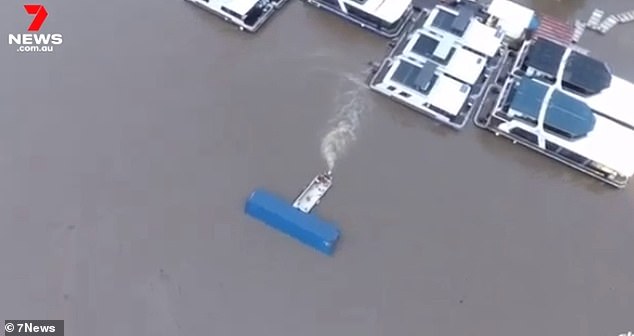 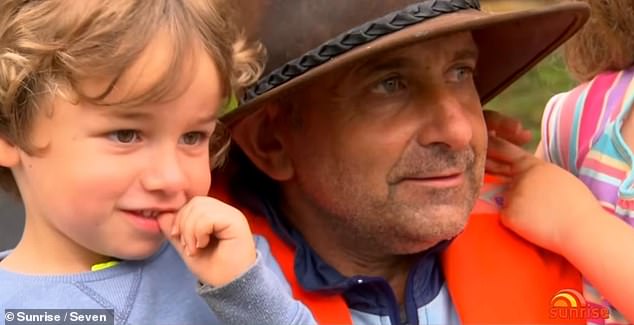 Drone footage shows McQuillan steering the punt into the path of the container and directing it was from pontoons where he had 24 houseboats secured in the rising, fast-flowing river.

The Hawkesbury River had risen to peaks of four metres after the sustained downpour caused by the low pressure system that has dominated the east coast of Australia for days. 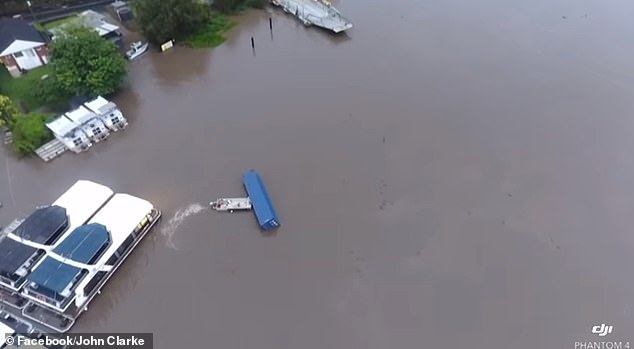 ‘I don’t really see it as heroic,’ said McQuillan. ‘It was just something that was potentially going to cause a lot of damage so I just had to go out and get it out of the way.’

McQuillan, who has operated the houseboat business for 40 years, said he has never seen the Hawkesbury River reach such heights.

‘It came up to a similar level in 1990 but this has actually surpassed that now.’

‘We’ll just see how far it comes up,’ he continued. ‘There’s still stuff happening out there on the water. The local residents who have been cut off from ferries and any road access for quite a number of days now still needs supplies.’ 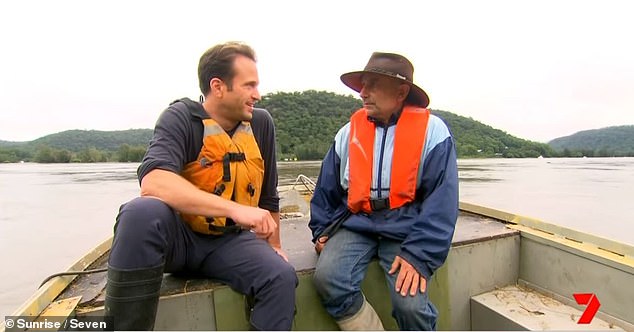 The business owner said he had been working the past five days to keep the houseboats secure as various objects including household sheds had floated down the river.

More water expected to arrive from upstream meant the threat had not yet passed, said McQuillan,

‘We hope the river will subside later today but it depends on how water comes through from the dam.

‘If they open the floodgates it will change the situation, we have to just keep an eye on the flood heights.’