Hartlepool Council bosses want to ban daytime drinking on beaches this summer to stop anti-social behaviour with fines of up to £1,000 for rule-breakers.

The new rules, which were agreed last week, will stop people from drinking booze by the seafront in Seaton Carew, County Durham.

Under the Public Spaces Protection Order (PSPO), the regulations will apply to Seaton Promenade from 6am to 8pm between April and October, and from 8am to 4pm between October and March next year.

It follows thousands flocking to beaches across the UK last year, with a major incident declared in Bournemouth after emergency services were left ‘stretched to the absolute hilt’. 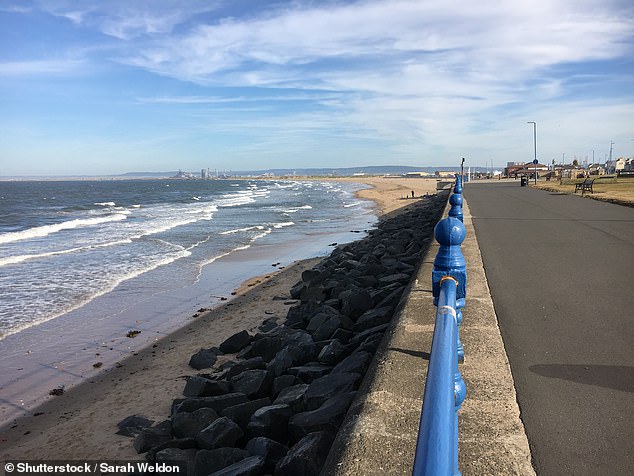 The new rules, which were agreed last week, will stop people from drinking booze by the seafront in Seaton Carew, County Durham (pictured: Seaton promenade)

Councillor Sue Little said: ‘It’s the anti-social behaviour aspects of the drinking that we’re trying to enforce, it’s when people start urinating all over the place, exposing themselves in front of families walking along the prom.

‘That’s not acceptable and that’s the kind of behaviour that we’re trying to stop in Seaton, we’re a lovely family resort.

PSPOs, which can be used by councils to prohibit activities that encourage anti-social behaviour, apply to everyone and hold a maximum fine of £1,000.

Councillor Marjorie James told a neighbourhood services committee meeting last Friday: ‘It actually cuts a line through the two areas of concern, one it secures the area for families and for the entertainment of young families in particular, which is why there’s been a huge investment in Seaton Carew.

‘The fact is the night time economy is something slightly different and I think the hours are reasonable.

‘It would see the best of both worlds, it would allow for the evening economy to take place after 8pm during the summer, but it would protect children and families before 8pm.’

It comes after plans to introduce drones to observe crowds, Covid marshals and a park-and-ride scheme in Bournemouth ahead of this summer, reported the BBC. 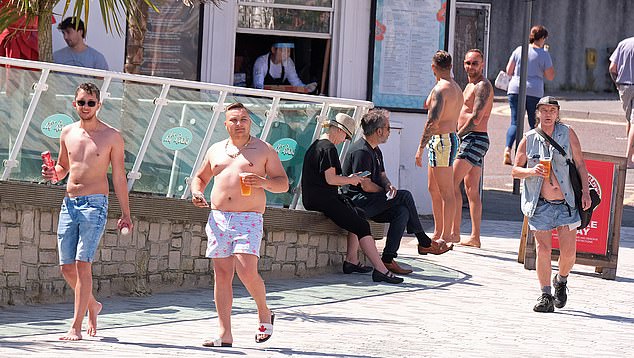 It follows thousands flocking to beaches across the UK last year, with a major incident declared in Bournemouth (pictured: people buying takeaway alcohol in the coastal town) 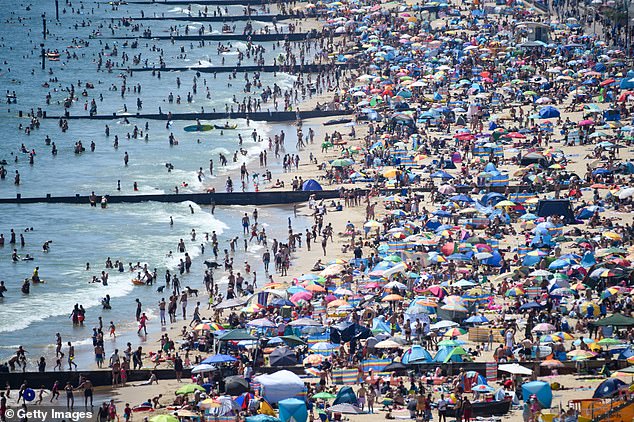 Visitors crowd together in Bournemouth last year. The council plans to introduce drones, Covid marshals and a park-and-ride scheme in the town ahead of this summer

Bournemouth, Christchurch and Poole Council is anticipating ‘exceptional’ numbers for when lockdown rules are lifted and wants to ‘cope better’ with the expected surge in crowds.

It said: ‘Peak days will be managed like a major event.’

Previously, the council said 558 parking enforcement fines were issued in the coastal resort town in a few hours – the highest on record.

Meanwhile, Tobias Ellwood, the Conservative MP for Bournemouth East, said at the time that Dorset Police and the council were unable to cope amid reports of 500,000 visitors and two-hour traffic jams.

A whopping 33 tonnes of litter was removed from the town’s beaches in one day, with reports of illegal camping, urinating, littering, anti-social behaviour – including drunken fights among beachgoers – and gridlock on the roads.