Fraudsters are using the name of MacKenzie Scott, the billionaire ex-wife of Jeff Bezos, to scam gullible victims who think they are receiving money from her foundation.

In December, Scott announced in a Medium post that she had given away $4.2 billion of her fortune to 384 different charities.

The Arkansas Food Bank received an email about a real donation from Scott but believed it to be a scam – possibly inspiring the fraud emails, security experts said. 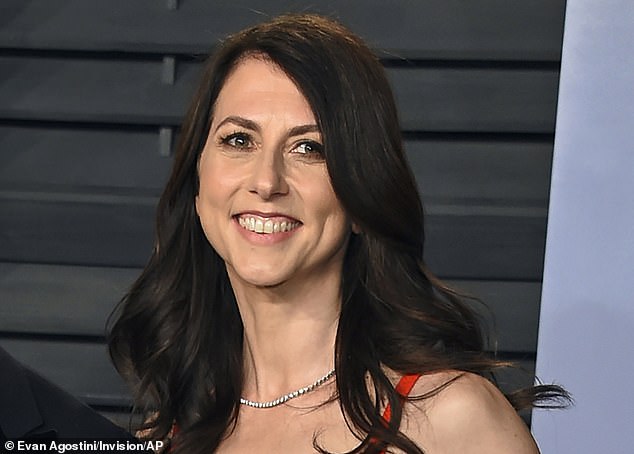 Fraudsters are using the name of MacKenzie Scott, the billionaire ex-wife of Jeff Bezos, to scam gullible victims who think they are receiving money from her foundation 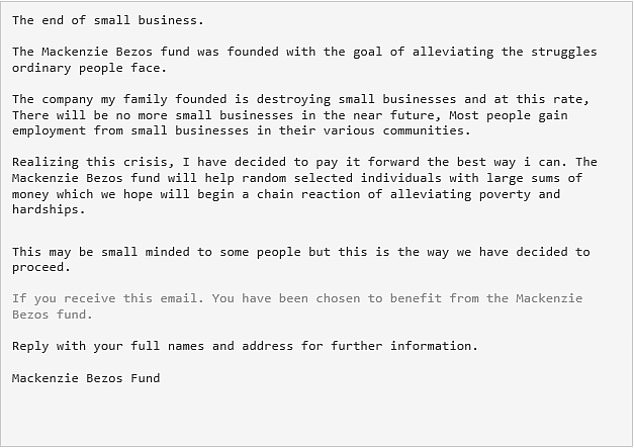 Eyal Benishti, the CEO of tech security company Ironscales, told CBS News that 200 clients have received the fake Mackenzie Scott emails but none have fallen for the scam.

‘If Scott is sending out unsolicited emails to people and surprising them with this huge donation, then there is room for other people to believe they are as fortunate — and it all happened via email,’ Benishti told CBS MoneyWatch.

The fake emails are using what is known as an Advance Fee Scam, according to Ironscales.

According to the FBI, the victim of an an Advance Fee Scam ‘pays money to someone in anticipation of receiving something of greater value.’

Scammers are claiming to be from the ‘MacKenzie Bezos-Scott foundation’ and that they have selected the email recipient for a grant, according to the Ironscales website.

‘The end of small business. The Mackenzie (sic) Bezos fund was founded with the goal of alleviating the struggles ordinary people face,’ the error-filled email begins, according to Ironscales.

The email continues: ‘Realizing this crisis, I have decided to pay it forward the best way i (sic) can. The Mackenzie (sic) Bezos fun will help random selected individuals with large sums of money which we hope will begin a chain reaction of alleviating poverty and hardships.’

‘This may be small minded to some people but this is the way we have decided to proceed. If you receive this email. You (sic) have been chosen to benefit from the Mackenzie (sic) Bezos fund. Reply with your full names and address for further information,’ the email concludes. 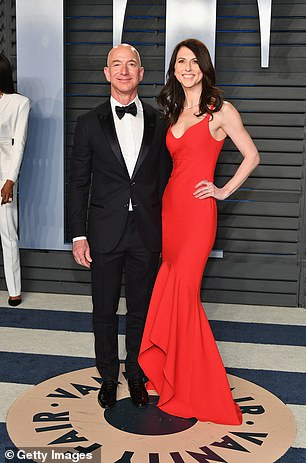 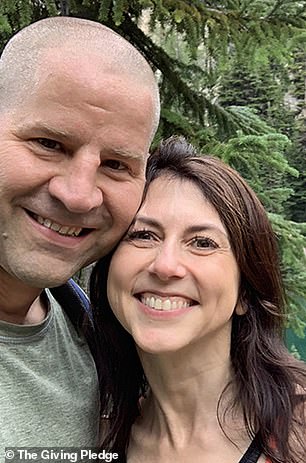 MacKenzie Scott, who was divorced from Jeff Bezos in 2019, left, has since married Dan Jewett, a science teacher, and has reverted to using her middle name as her last name

If recipients reply, scammers then ask them to send a ‘small processing fee’ to receive the fake grant, CBS News reported.

Apart from the spelling errors, Ironscales noted red flags that show the email is a scam such as the return email address from a ‘@mintme.com’ domain.

The scam email is also addressed from ‘MacKenzie Bezos Fund’ though she reverted to using her middle name as a surname since her divorce from Bezos.

‘Don’t trust the email as as source of communication — pick up the phone. Normally Santa won’t knock on your door and surprise you with a $10 million grant,’ Benishti told CBS News.

After identifying the attack, Ironscales said it removed all affected emails from its customers ‘before any further damage could be done.’

As noted by The New York Times, Scott has been making large, one-time donations instead of using a foundation to disburse payments over decades.

She would also be required to publicly disclose the amounts and recipients for all gifts if she did make her donations through a foundation, the outlet noted.

At least some of her charitable giving has been made through a Fidelity donor-advised fund, which will eventually disclose the groups that received money but is not required to reveal who made the donations.