In an interview with FOX News’ Maria Bartiromo on Sunday Morning Futures, Haley said the United States never should have trusted Russia or Putin.

‘This all happened because of us,’ she said.

‘This happened from the way the US left Afghanistan,’ she explained, saying the US abandoned its allies.

‘This happened by falling all over himself by getting the Iran deal,’ she said.

‘Now, we need strength and deterrence and we’re not getting it.’

Instead, she said, it is time for the president to ‘stop reacting and start leading. 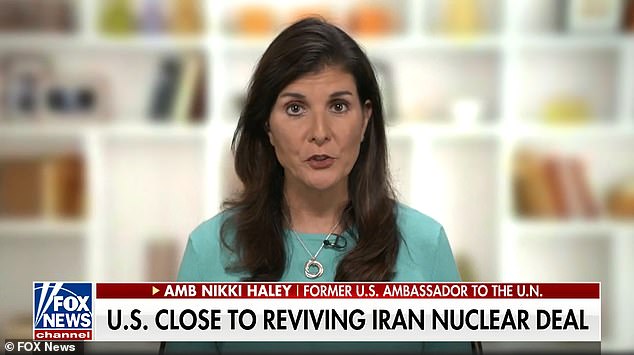 In an interview on Sunday morning, former United Nations Ambassador Nikki Haley slammed President Joe Biden for his leadership during the Ukraine crisis 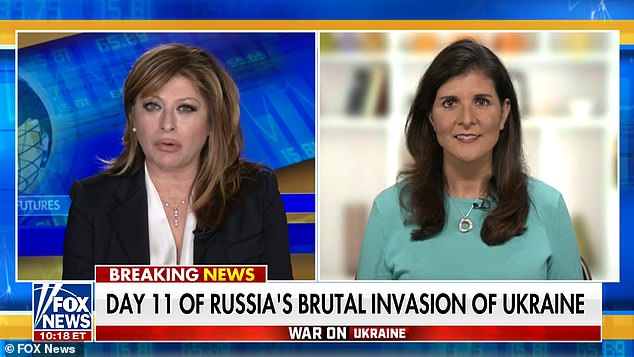 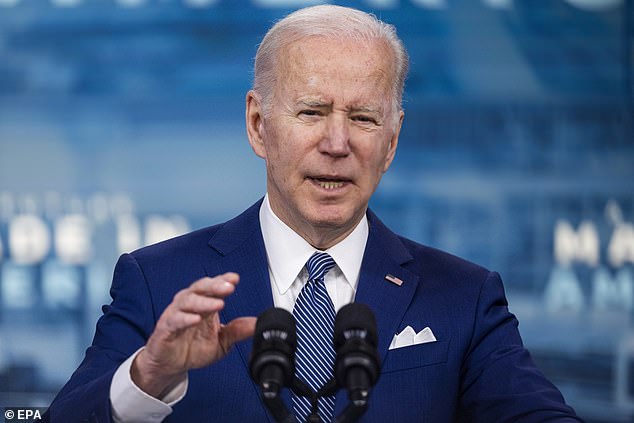 ‘First of all, work with Ukraine on real-time intelligence so that we can tell them everything that’s happening that they can’t see,’ she suggested.

‘Make sure that we are telling Poland and NATO that they’ve got to supply these planes to Ukraine. They need them right away so they can cover their own airspace.

‘We’ve got to make sure that we sanction these energy companies, all of them.

‘We’ve got to make sure that we pull them out of the international banking system, and we need to stop taking any Russian oil.

‘The idea that we would give our money to an enemy is unthinkable and it’s absolute lunacy,’ Haley said. ‘We can’t allow this to continue.’ 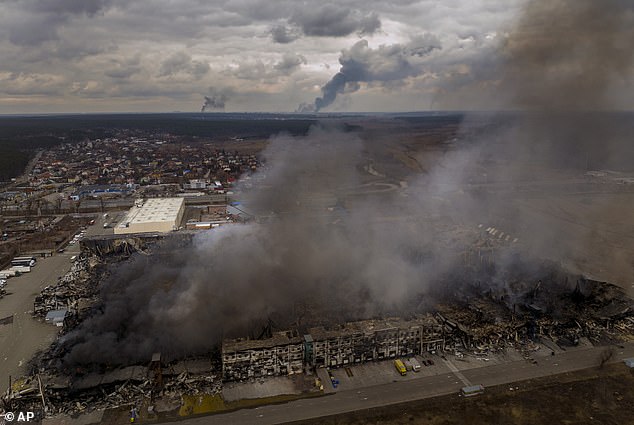 Bombings continued throughout Ukraine on Sunday. A factory and store are seen here burning after being bombarded in Irpin, on the outskirts of Kyiv

Her comments came just hours before US Secretary of State Anthony Blinken announced that the country is in talks with Poland in order to orchestrate a deal that would allow Polish fighter jets to be flown by pilots from the Ukrainian Air Force in order to combat Russia’s air superiority.

The deal would see Ukraine take Poland’s 28 Russian-made MiG-29 warplanes, which would in turn be replaced by a fresh set of F-16’s by the United States.

Blinken told CBS’s Face the Nation host Margaret Brennan: ‘That gets the green light. In fact, we’re talking with our Polish friends right now about what we might be able to backfill their needs if in fact they choose to provide these fighter jets to the Ukrainians. What can we do?

‘How can we help to make sure that they get something to backfill the planes that they’re handing over to the Ukrainians?’

The White House is now working out the practicalities of carrying out a deal, including the crucial question of how the Ukrainians would physically be able to get their hands on the planes.

‘We are also working on the capabilities we could provide to backfill Poland if it decided to transfer planes to Ukraine,’ a White House spokesperson said to the Financial Times. 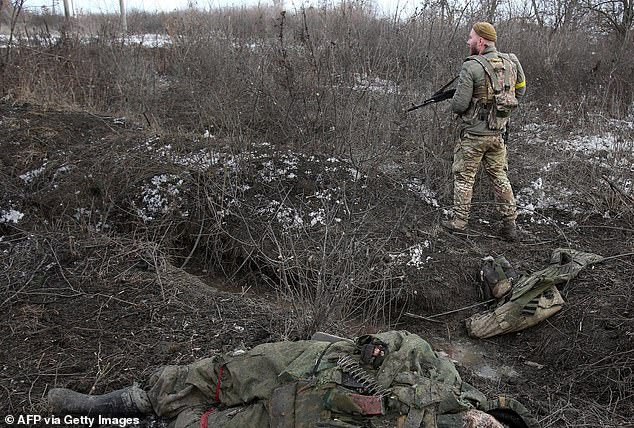 A serviceman of the Ukrainian Military Forces stood next to a body following fighting against Russian troops. The United States is now brokering a deal with Ukraine and Poland to provide Ukrainians with fighter jets 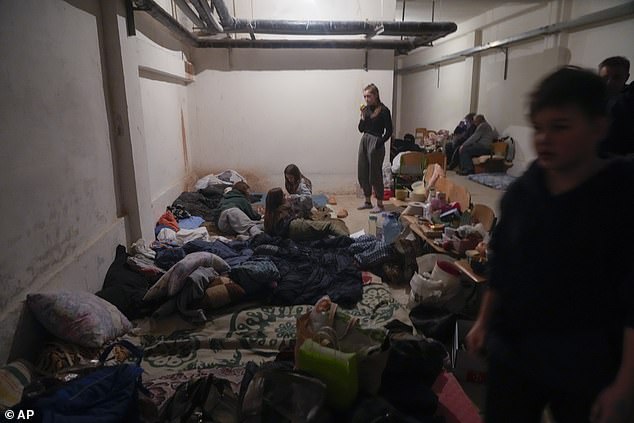 Meanwhile, citizens are continuing to hide underground from the Russian artillery shelling as others try to escape the fighting

Defense ministry spokesman Igor Konashenkov said in a video briefing that some Ukrainian combat planes had redeployed to Romania and other Ukraine neighbors he did not identify.

He warned that if those warplanes attacked the Russian forces from the territory of those nations, it ‘could be considered as those countries’ engagement in the military conflict’.

Konashenkov said: ‘We know for sure that Ukrainian combat aircraft have flown to Romania and other neighboring countries.

‘The use of the airfield network of these countries for basing Ukrainian military aviation with the subsequent use of force against Russia’s army can be regarded as the involvement of these states in an armed conflict.’

The spokesman also claimed that ‘practically all’ Ukraine’s combat-ready aircraft had been destroyed as Russian troops continued to bombard the country with heavy gunfire and missiles.

Heartbreaking footage, taken in Irpin on Sunday, on the outskirts of the capital city Kyiv, confirmed that Russian forces were attacking heavily populated civilian areas where men, women and children are leaving the country as the Russian tyrant continues denying bombing Ukrainian cities.

One image depicted a mother and her two children lying dead on the pavement after they were killed in Irpin as they tried to flee the city, whilst their father was wounded by a mortar shell as hundreds of civilians sought safety.

Another attempt to evacuate refugees from Mariupol was scuttled again today after the city was shelled just minutes into an agreed ceasefire.

Secretary of State Anthony Blinken now says there are ‘very credible reports’ that Russia has committed war crimes during its invasion.