Workers will legally be allowed to discuss their pay-packets with their colleagues if Labor wins power at the Federal election.

If elected, the ALP will also change the definition of a casual worker to make sure employees with a fixed roster are given permanent jobs.

And gig workers such as Uber and Deliveroo drivers will be covered by new rules to ensure they earn at least the minimum wage.

The proposed changes are part of a suite of policies designed to drive up wages which have grown at less than three per cent annually since the Coalition came to power in 2013.

With the Federal election expected in May, Daily Mail Australia takes a look at Labor’s workplace policies and how they may affect you.

Pay secrecy clauses in employment contracts are designed to stop workers talking about their pay-packets.

They are most common in industries with discretionary payments and bonuses such as finance and law.

If your contract has a pay secrecy clause and you’re caught talking about your salary then you could face a warning or even get sacked.

Labor believes that banning the clauses would give workers greater bargaining power because they could more easily find out what their colleagues earn. 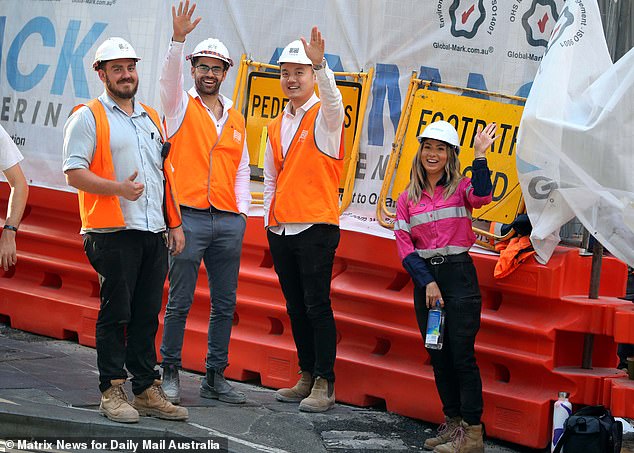 Banning pay secrecy clauses will reduce the gender pay gap because female workers would be allowed to ask their male counterparts what they earn, Labor says. Pictured: Sydney tradies

Of course, workers can still decline to reveal their salary to colleagues if they want to keep it secret.

But banning secrecy clauses would mean an employee being paid less than a colleague for doing the same job could legally approach their boss and ask why.

In particular, the move is excepted to help reduce the gender pay gap because female workers would be allowed to ask their male counterparts what they earn.

According to the Workplace Gender Equality Agency, Australian men earn 13.4 per cent more than women.

The move mirrors the UK which outlawed secrecy clauses in 2010 under its Equality Act.

Shadow Minister for Industrial Relations Tony Burke said secrecy clauses are used to keep wages low and must be abolished. 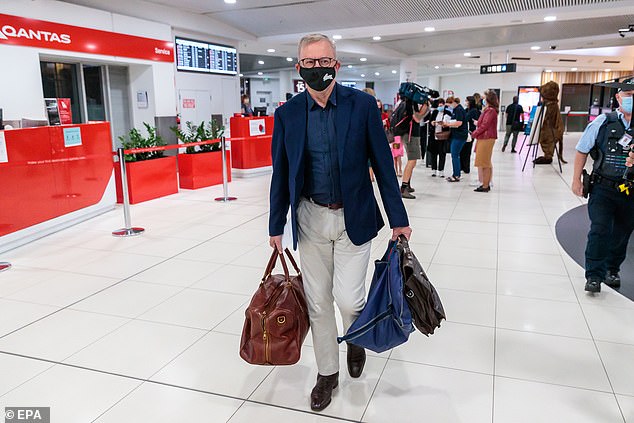 ‘These clauses only exist because employers don’t want their workers to know how much they’re getting paid compared to their colleagues,’ he told Daily Mail Australia.

‘Usually, that’s because they don’t want women to realise they’re getting paid less than men.’

Labor will also force companies with more than 250 employees to report their gender pay gap publicly so they are shamed into reducing it.

There are about 2.6million casual workers in Australia. They are most commonly in the hospitality, retail, health, education and construction industries.

These workers receive no annual or personal leave, no notice of termination or redundancy pay – but get an extra 25 per cent on top of their pay to make up for this.

In March 2021 the Government defined casual work for the first time as a situation where a worker has ‘no firm advance commitment to ongoing work with an agreed pattern of work’. 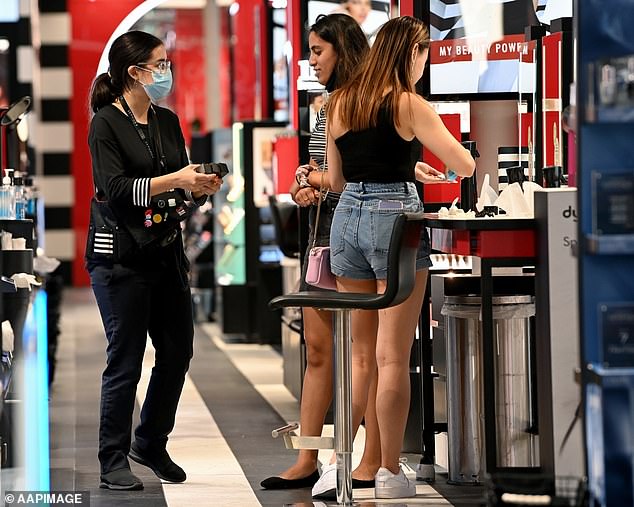 There are around 2.6million casual workers in Australia. They are most commonly in the hospitality, retail (pictured), health, education and construction industries

But Labor wants to change this so employment status is determined by workers’ shift patterns alone.

A precise definition will be worked on later but the general idea is that if an employee has regular shifts for a defined time period then they would be permanent not casual.

For example, a coal miner who has a 12 month fixed roster would be classed as permanent even if the employer wants to define them as a casual.

Labor believes this would push up wages by increasing bargaining power because permanent workers have stronger rights and cannot be left off a roster for requesting a pay-rise like casuals can.

‘The first thing we need to do is get more people into secure work,’ Mr Burke said.

‘Some people want casual work because it’s flexible and that’s fine. Those jobs will always have a place.

‘But there are a lot of Australians stuck in casual work who crave a permanent job so they have certainty around their pay and hours. Those jobs should be available.’

Mr Albanese also wants to improve the rights of so-called gig workers such as Uber drivers and Deliveroo drivers.

Labor would extend the powers of the Fair Work Commission to include ’employee-like’ forms of work.

This would allow the tribunal to cover app-based gig jobs even when workers are technically self-employed. 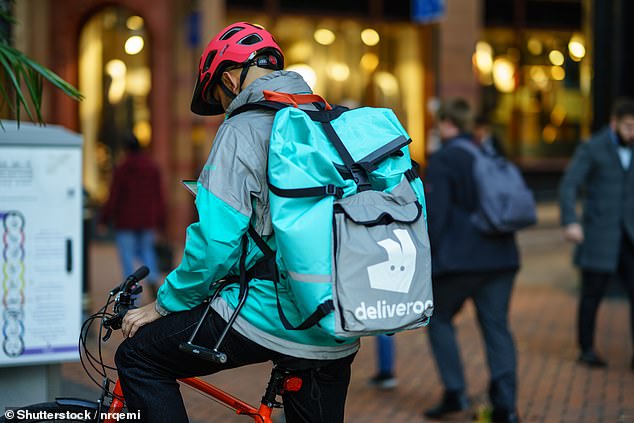 The Commission would then be able to set minimum pay and conditions for gig workers so they can no longer be paid below minimum wage.

Labor believes there is a big difference between an empowered independent contractor who runs their own business and a low paid worker on a bicycle.

They should not both be treated the same as self-employed workers, the Opposition believes.

‘Right now they’re falling through the cracks because they don’t fit the traditional definition of ”employee” – meaning they have almost no rights and protections, including no minimum pay rates,’ he said. 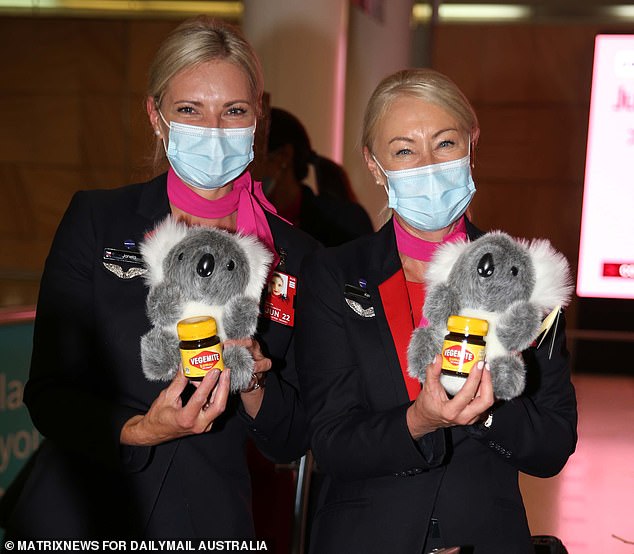 If Labor wins the election then it will introduce laws to make sure workers placed by labour hire firms are paid the same as permanent employees. Pictured: Air crew at Sydney Airport

Labor will also bring in new laws to make sure workers who do the same job are paid the same if they are employed directly or through labour hire firms.

Companies use labour hire firms when they need to get extra workers in. This is most common in the mining sector but also happens in customer service, healthcare, aged care, disability care and manufacturing. 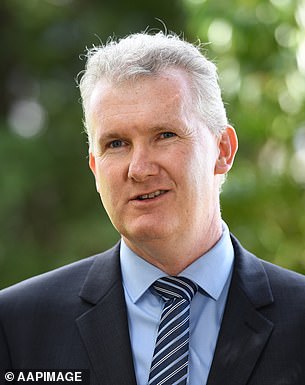 But Labor believes companies are deliberately using the firms to keep wage bills down because the hired workers are casuals who earn less.

For example a big mining company which has negotiated an agreement with its workers and the union could circumvent the agreement by bringing casuals through a labour hire company.

Labor would pass laws to make sure labour hire firms have to match the wages of the employees already doing the job.

This means workers placed by a labour hire firm will be paid the same as the permanent staff alongside them.

The idea is to increase the number of people in permanent work and push up permanent wages.

‘There is a direct line between insecure work and low rates of pay,’ Mr Burke said.

‘We need to stop replacing permanent jobs with low-paid insecure and casual jobs where workers have no power to argue for a pay rise.’

Overall, Labor does not want to end casual work, fixed term contracts or labour hire – but just wants to stop the ‘rorts’ around them.

What are the Coalition’s workplace policies?

In March 2021 the Government changed the Fair Work Act 2009 to introduce a definition of a casual employee.

Only these factors are relevant to determine if an employer made an offer of casual employment:

This is called casual conversion. It is now one of 11 minimum employment standards in the National Employment Standards that must be provided to all employees.

Employers that are not small businesses must assess all casual employees when they have been employed for 12 months. They must either offer to convert the employee to permanent employment or give written reasons why not.

A casual employee is eligible to receive an offer if they:

To be eligible to request casual conversion, a casual employee: