Family torn apart as dad, 28, is killed and his three-month-old daughter fights for life after a horror crash – as mum faces a life without her soulmate

A young family has been torn apart after a father was killed in a horror car crash that left his three-month-old daughter fighting for her life.

Alex Alford, 28, died instantly after the car he was travelling in with wife-to-be Tiffani Buddee and newborn baby Kahlani left the road and slammed into a tree at Eureka, near Bundaberg, Queensland.

Kahlani was rushed to hospital with a fractured skull and placed in an induced coma, where she remains suffering from brain bleeds and regular seizures. 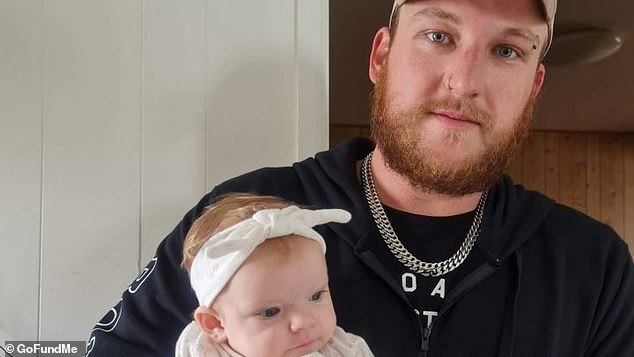 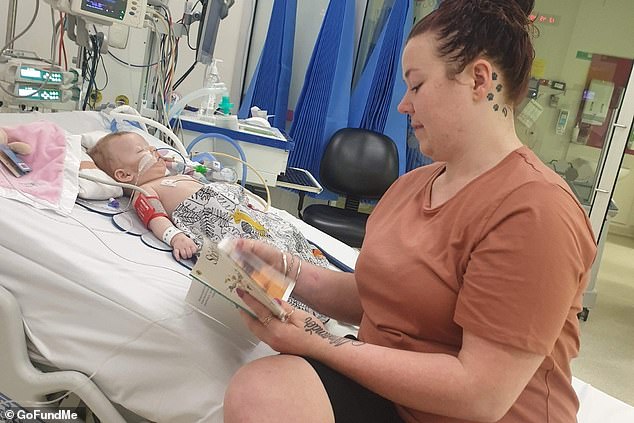 Kahlani is fighting for life in the Intensive Care Unit at the Queensland Children’s Hospital, where her mother Tiffani Buddee (pictured together) remains by her bedside

The family were on their way to make surprise a visit to Mr Alford’s mother for the weekend when tragedy struck about 5.15pm on Friday.

Ms Buddee has remained by her daughter’s side in the Intensive Care Unit at the Queensland Children’s Hospital since, where she told how Kahlani ‘will most likely have some degree of brain damage, but it’s uncertain’.

Mr Alford and Ms Buddee were due to be married in November after falling madly in love when they met through family 17-months-ago.

‘I will always love him. He gave me the greatest gift in the world – little Kahlani. He was my soulmate,’ Ms Buddee told Daily Mail Australia.

‘He was a kind man with a heart of gold and would do anything for his family. He was happy and looking forward to getting married.’

Ms Buddee added her partner ‘was a great father to his four children – Skylah, seven, Zayden, five, Amarah, one, and Kahlani, three months’. 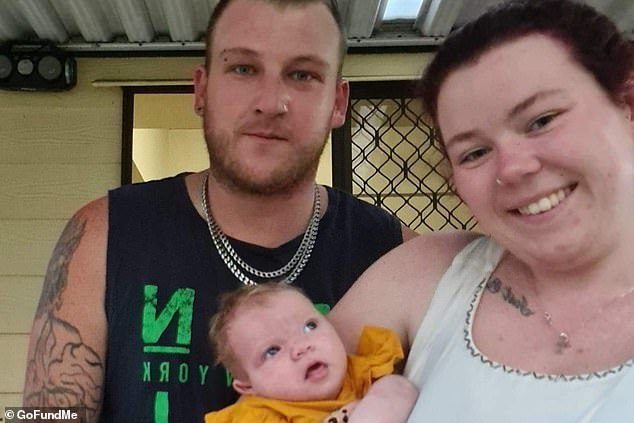 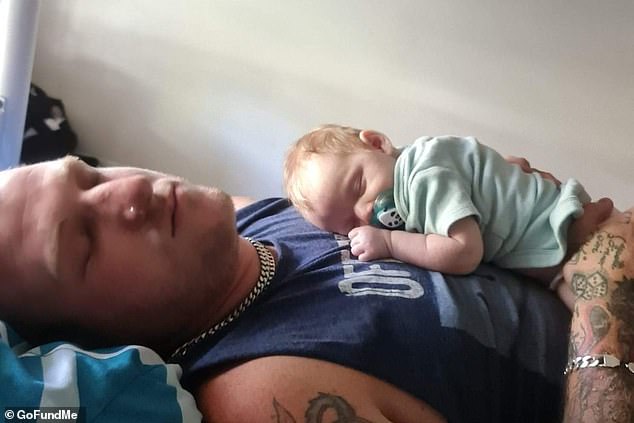 Ms Buddee described her partner Mr Aflord as ‘a great father to his four children’, including three-month-old Kahlani

Her mother Vanessa Dale has set-up a GoFundMe to help raise funds for the family.

‘While having to face the most difficult situation any parent would have to face, Tiff is mourning and needs to plan a funeral on top of this devastating situation,’ Ms Dale wrote on the fundraising page.

‘(Kahlani) has had a few set backs with seizures and most likely will have brain damage but we don’t know the extent at this stage of just how bad. She has a very long road ahead of her.’

Ms Buddee suffered non-life threatening injuries in the crash, which is being investigated by Queensland Police’s Forensic Crash Unit.