A father and his two children were hospitalized on Sunday after their ski lift chair detached and they plummeted 15 feet to the ground at a resort in Pennsylvania.

The family were aboard the Sullivan Lift at Pocono’s Camelback Mountain Resort when the ski lift detached sending them crashing to the ground.

Photos from the scene posted to social media show the lift on the ground surrounded by ski gear and first responders.

The injured family were taken by ambulance to St. Luke’s University Health Network. Officials have not released their names or revealed the extent of their injuries.

But Liftblog, a local dispatch log, noted a call at 3:39 p.m. for a 40- year-old with a back and hip injury, a 12-year-old male with an arm injury and a 9-year-old female with an abdomen injury.

Pocono Township Police Chief Kent Werkheiser told NJ.com that the family were near the top of the mountain and the chair fell around 15 feet when it detached. 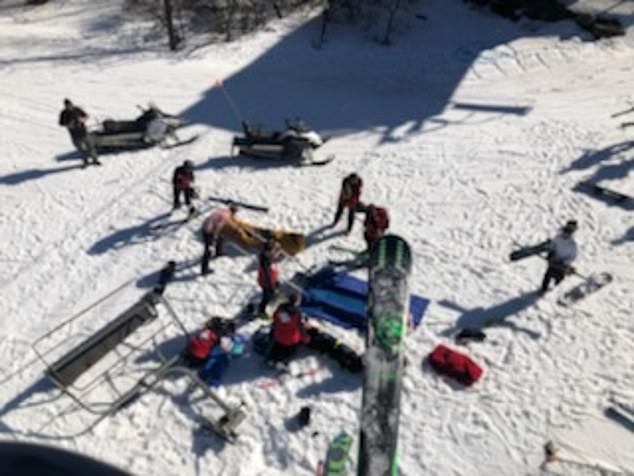 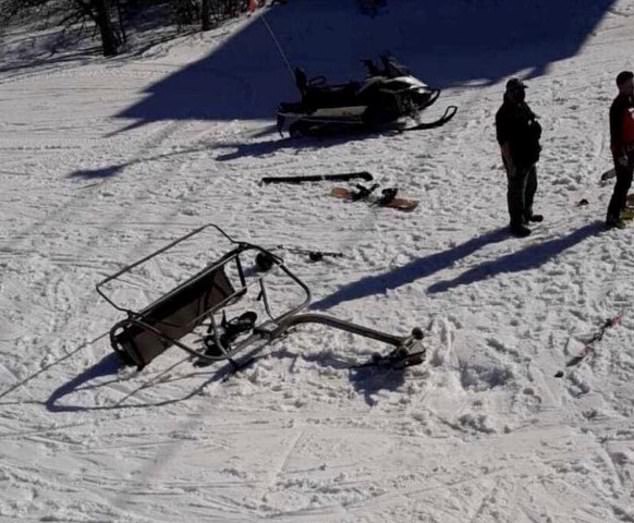 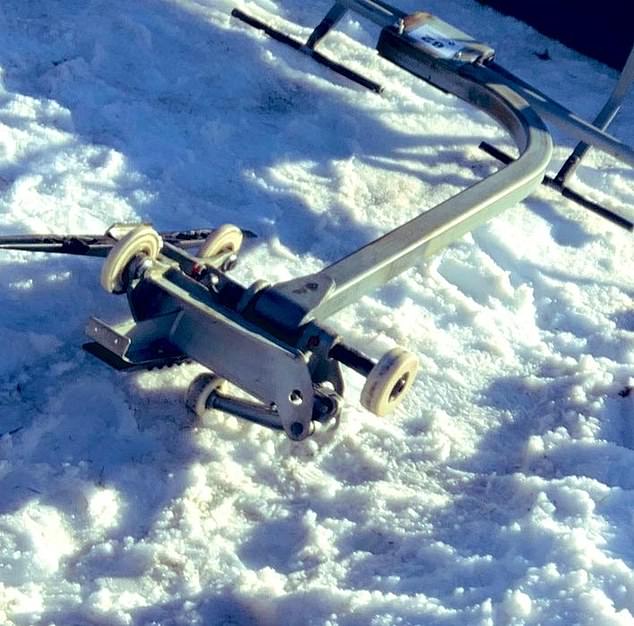 In a statement, Camelback Resort said they were working with authorities to investigate the incident

In a statement released on Instagram, Camelback said they were ‘devastated by the weekend’s events on the Sullivan Lift and our hearts go out the the family involved,’

Camelback said that the Sullivan Lift will remain closed and that they are conducting a thorough investigation.

Witness Douglas Mackie, who was two lifts behind the family at the time of the incident, told Good Morning America that he was supposed to be on the faulty lift but he let the father and his children cut in front of him.

Mackie said as they were going up the lift line his lift stopped abruptly and began swinging hard. He noted that the lift with the father and children ahead of him was swinging even harder.

He explained: ‘The lift did a hard stop. It went up and then straight down.’

Mackie said the father reached his arms across his children protectively.

He said: ‘He just reached out to grab his kids. The next thing I knew they were falling. I heard sounds of these kids screaming. It was bad.’ 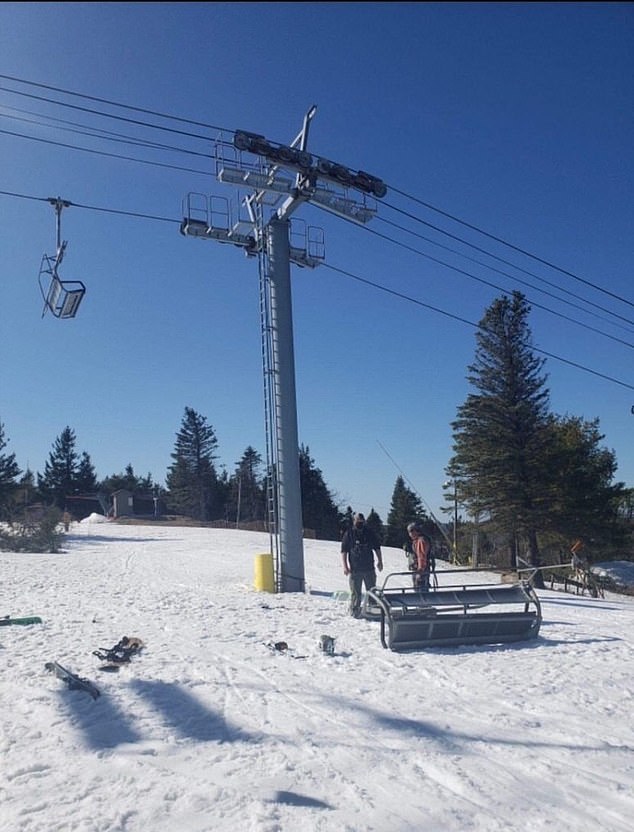 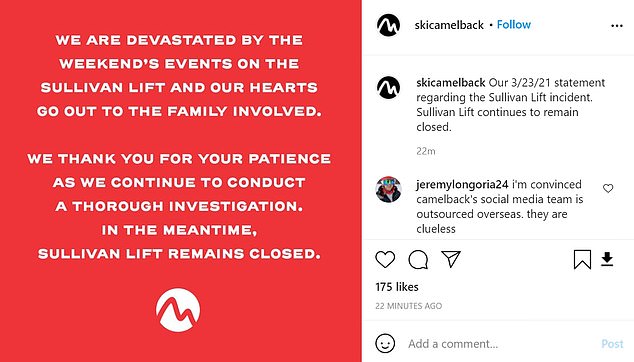 On Monday, Camelback Resort posted a statement to Instagram stating they are ‘devastated’ by the incident

Speaking to WFMZ, Mackie said he heard a ‘pop’ and ‘click’ sound before the lift fell straight to the ground and he could hear the screams of the children aboard.

‘I came down that mountain it was the longest ride.

‘I can’t stop seeing that. I just hear the kids. I’m never going to forget what I heard,’

Mackie said ski patrol responded to the scene of the incident immediately.

The National Ski Areas Association told Good Morning America that a chair falling off a ski lift cable is rare, but has happened before.