Tinny nicknamed the ‘love boat’ after it was used in its owner’s marriage proposal is washed away in New South Wales floods….only for it to berth at a relative’s property 70kms away

A family has shared the incredible story of how they were reunited with their beloved tinny named the ‘love boat’ after it was swept away by floods.

Brad and Leah Gow from the small town of Telegraph Point on the Mid North Coast were devastated when their community was destroyed by floods in late March.

The tinny was among many possessions that were swept from the back of their home into the river, but the boat held the most sentimental value. 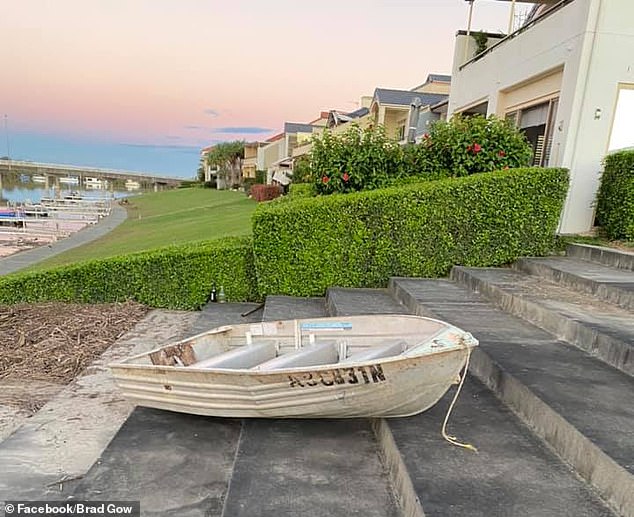 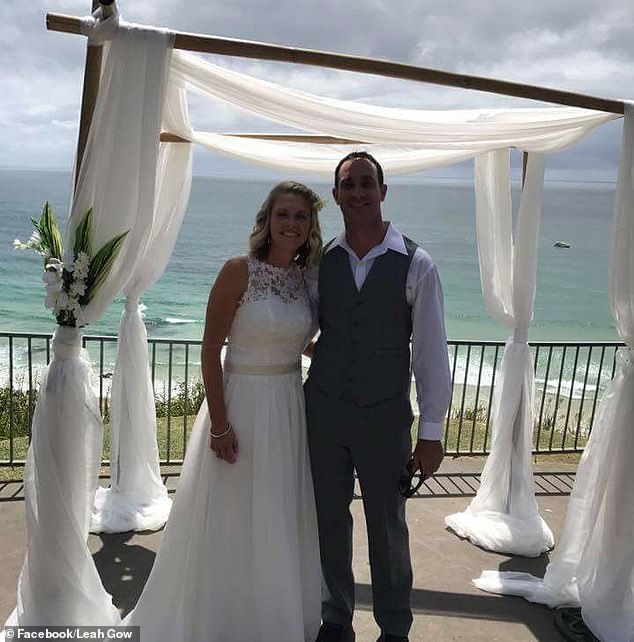 Mr Gow had proposed to his wife in the boat surprising her with a ring and champagne in 2016, before they named it ‘the love boat’.

Days later Mr Gow decided to pay his uncle a visit at his property on a canal in Port Macquarie, about a half an hour drive from Telegraph Point, when he saw the boat in his yard.

‘My uncle was describing all the types of things that had washed up and I said, ‘It’s going to be a bit of a treasure hunt with all the things around,’ he told the ABC.

‘Next thing you know it was ours, I couldn’t believe it … I just thought how much of a fluke it was’, he said.

‘For me just to sort of stumble upon it myself was absolutely crazy … I did go and buy two lotto tickets that day.’

Mr Gow said he was shocked the vessel had survived the precarious route from his home to the Port Macquarie property. 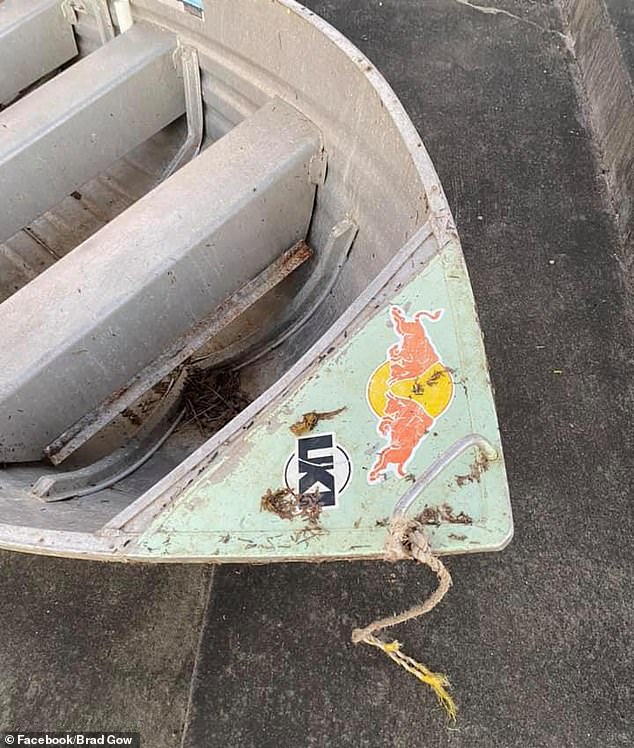 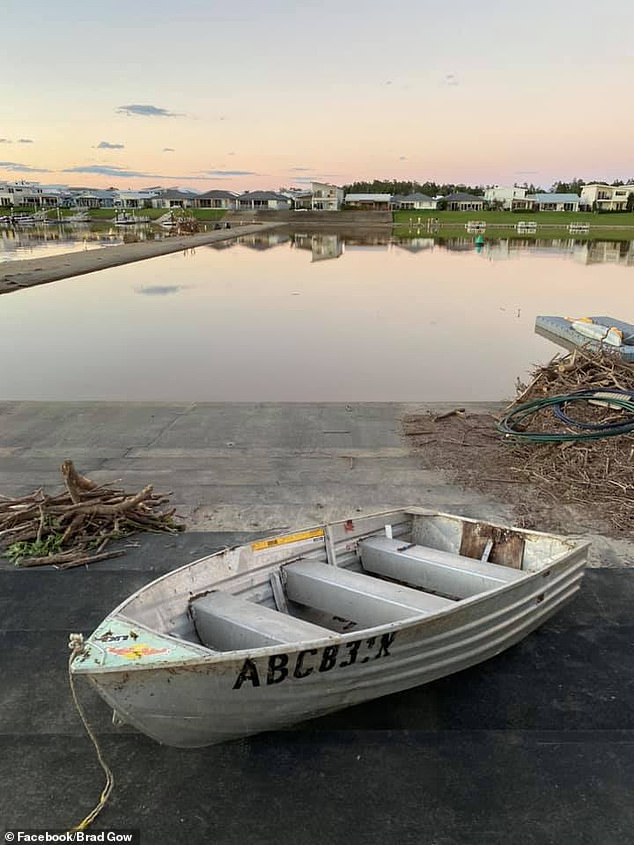 He estimates the boat had travelled around 70 kilometres along the rivers many twists and bends, and is surprised it didn’t end up in the ocean.

The boat has been renamed ‘The Boomerang’ in honour of its safe return to the Gow family, who have said it was a much-needed silver lining amidst the chaos.

Leah Gow said she felt total disbelief when her husband said he had found the boat.

But she also felt guilty her family had lost so little in the floods and was returned such a special memory, while next-door her neighbours had lost everything.

A GoFundMe page has raised $25,000 for the young family who are described as ‘a huge part of the Telegraph Point community’.

The money will go towards rebuilding their home, replacing vehicles and basic essentials such as beds, clothes, shoes and school items for the children.

Around 40 per cent of Australia’s population of 25 million was affected by the severe flooding which touched every mainland state or territory but one.

At least 17,000 damages claims have been lodged worth about A$254.2 million, according to the Insurance Council of Australia.