European leaders were divided last night over whether to press ahead with an extraordinary ban on vaccine exports to Britain.

Brussels sources confirmed that the EU is ready to block a shipment of the AstraZeneca vaccine to the UK from a plant in the Netherlands.

But the issue has triggered a major rift among leaders of member states ahead of a key summit on Thursday.

One senior EU official described internal talks on the issue as a ‘total s*** show’. 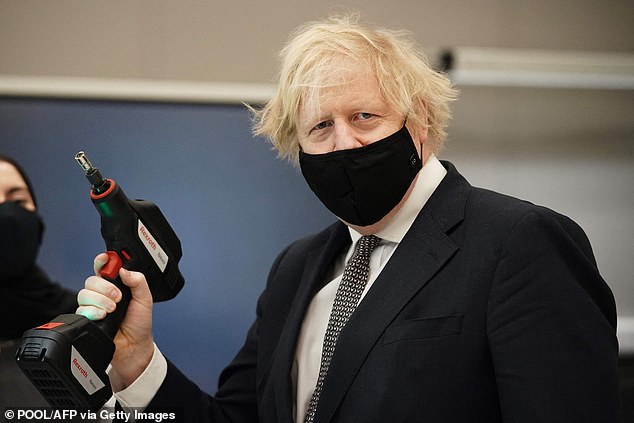 Mr Johnson played down the threat yesterday, saying he was ‘reassured by talking to EU partners over the last few months that they don’t want to see blockades’. However, some ministers are alarmed by the protectionist rhetoric emerging from the EU and fear Brussels will press ahead with the ban in a bid to distract attention from the dismal performance of its own vaccine rollout.

One insider said: ‘It is madness, but for some politicians it is easier to have a row with AstraZeneca and Britain than to have people focusing on the contracts they didn’t get.’ Both France and Germany indicated that they will back the hardline position adopted by European Commission chief Ursula von der Leyen, despite Mr Johnson’s diplomatic intervention. 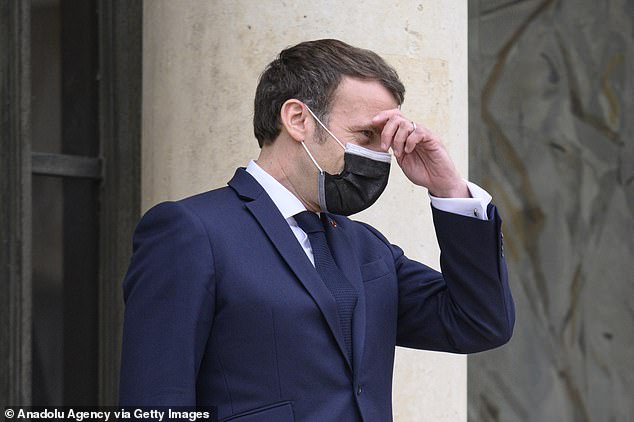 French President Emmanuel Macron waits for the arrival of Prime Minister of Albania Edi Rama at the Elysee Palace in Paris, France on March 22 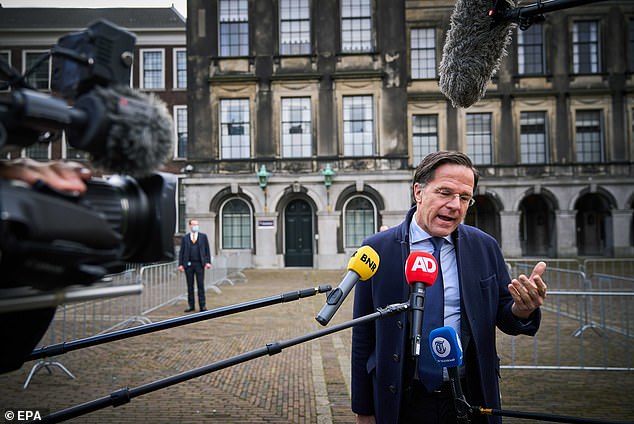 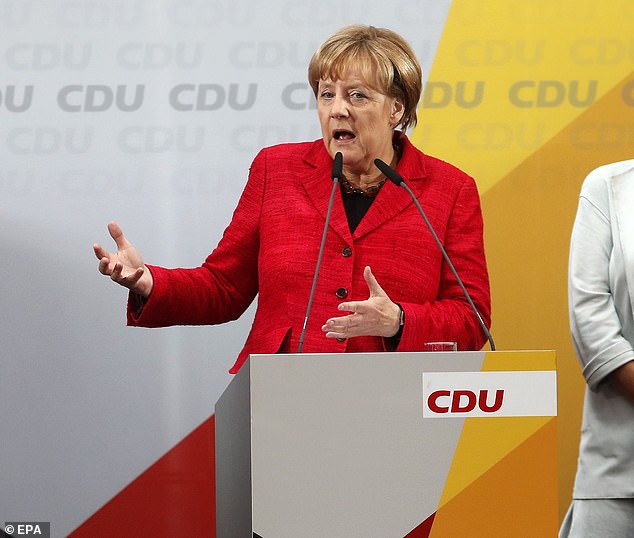 EU sources yesterday suggested the first action against the UK was likely to be a block on the export of AstraZeneca vaccines from the Halix plant in the Netherlands.

The Dutch plan would see No 10 agree to free up some production capacity at the plant, which currently supplies only Britain, to make jabs for Europe as well. 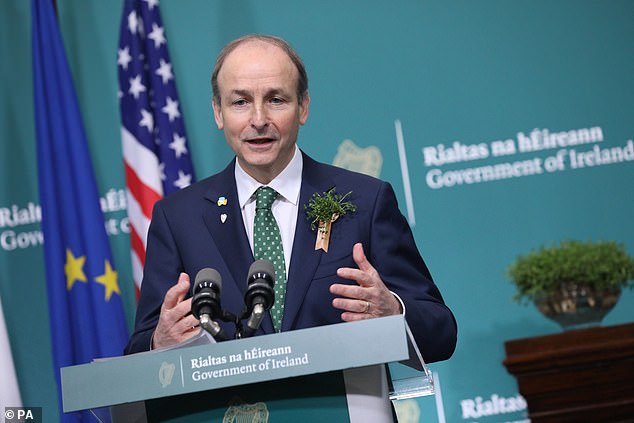 Belgium also opposes the ban, fearing it could hamper supply chains worldwide. The Pfizer jab is produced there.

UK sources played down the idea of a compromise that would allow the sharing of vaccines produced at the Halix plant. A source said there had been ‘no indication of that’. Health sources insisted that the bulk of the Britain’s AstraZeneca supplies are manufactured in the UK.

The PM’s spokesman said: ‘We have said throughout the vaccination programme that supplies will fluctuate, but we remain confident in our supplies.’

Whitehall sources played down this estimate but confirmed ministers had been warned a ban by the EU could hit supplies during May and June.

Vaccine supplies are already due to dip next month because of the delay to the shipment from India.

Downing Street said the vaccine rollout had to remain an ‘international effort’.

The PM’s spokesman told reporters Britain expects the EU to continue to stand by its commitment, adding: ‘It’s important that the whole world works together.’

How Yorkshire firm could hit back

A BRITISH chemicals maker could disrupt the EU supply of Pfizer jabs if the bloc tries to bring in an export ban.

This has reportedly allowed Pfizer to warn EU leaders that production at its main factory in Belgium could ‘grind to a halt’ within weeks if the UK stopped Croda deliveries from crossing the Channel. Croda, better known for making ingredients in shampoo and sun cream, has a five-year deal with Pfizer which it has said will boost sales by at least £90million this year.

The contract means there could be an option to fight back if the EU does stop vaccine exports to the UK. A spokesman for Croda, which does not make the vaccine ingredients in Snaith but elsewhere in the UK, said the company ‘is supplying lipid components manufactured in the UK and the US to multiple Pfizer facilities’.