Pawfect gym partner! Dynamic dog Tesla works out with her owner – even lifting weights in her teeth

This is the incredible moment a dynamic dog showcases her impressive gymnastic abilities as she joins her owner for a workout.

Footage captured by Timea Kosztin at her home in Mountain View, California, shows her seven-year-old miniature Australian shepherd Tesla effortlessly perform a series of exercise routines along with her.

The energetic canine performs burpees, assists her owner with a series of sit ups and even lifts a small kettlebell with her teeth. 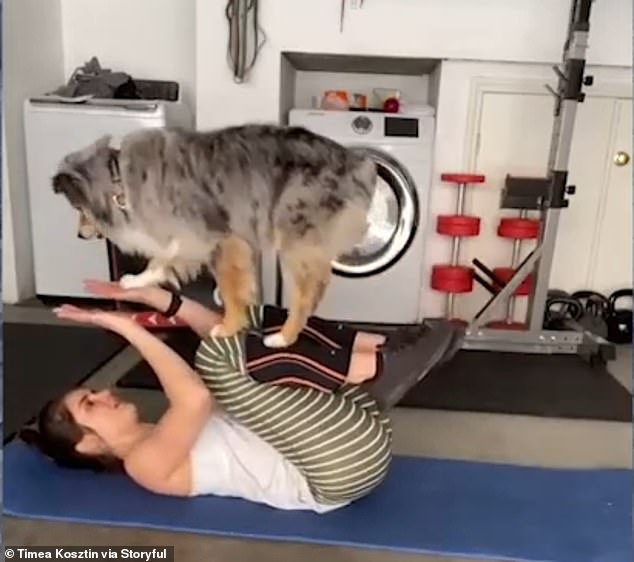 The seven-year-old miniature Australian shepherd Tesla jumps onto her owner Timea Kosztin’s legs at her home in Mountain View, California 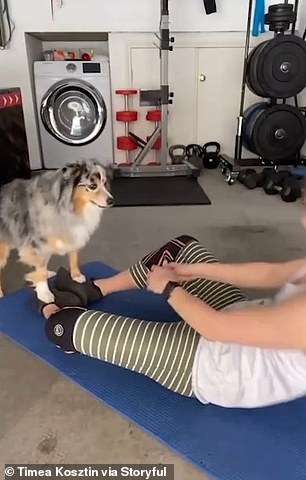 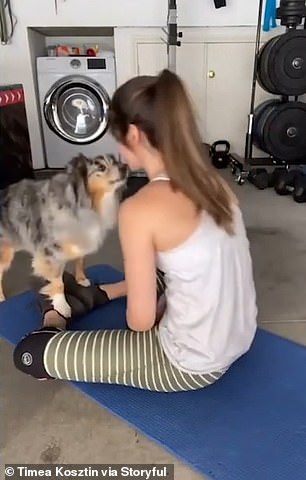 During the clip, the canine mimics her owner as she lowers herself to the ground and performs a burpee.

Later on the dog places her paws on Ms Kosztin’s feet as her owner performs a series of sit ups and offers her a kiss.

In another scene, Tesla lifts a mini kettlebell with her teeth while balancing on her hind legs.

The canine also jumps onto a box, which stands a 2.5 feet, before leaping into her owner’s arms.

Social media users have since applauded Tesla for her gymnastic skills and shared their praise for the duo’s teamwork.

While another added: ‘She is the best workout pawtner (sic)!’

Elsewhere one user joked: ‘Now you just have to hold the kettlebell between your teeth as well and you’re set!’ 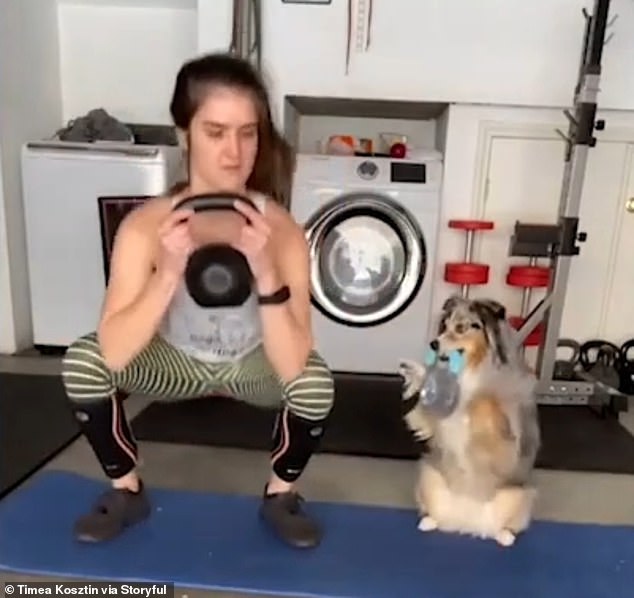 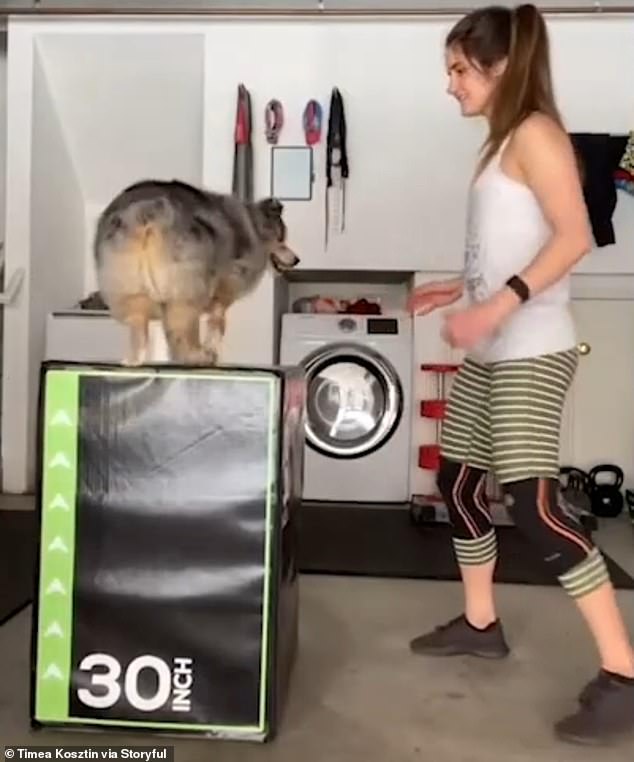 The dog  jumps 2.5 feet before looking at her owner and jumping into her arms

Social media users have applauded Tesla for her gymnastic skills, with one calling the dog ‘amazing’

She has previously shared footage of the animal performing burpees during a communal CrossFit exercise class and also shared clips of the dog doing a wall stand.

Her Instagram account, which the owner dedicates to her two athletic dogs, has more than 74,000 followers and also shows dog owners how to teach their pets  gymnastic tricks.