Cheat! Hilarious moment dog helps out its owner by knocking snooker ball into the nearest pocket with its paw

A cheeky dog decided to help his owner during a game of pool by using his paw to knock the snooker ball into the nearest pocket.

Kimberley Nimmo had been playing pool with her husband Josh at their home in Perth, Australia, when their labradoodle Arlo decided to join the game.

The canine jumped down from the sofa and helped Josh pot his ball before being congratulated by his owner for his comical efforts. 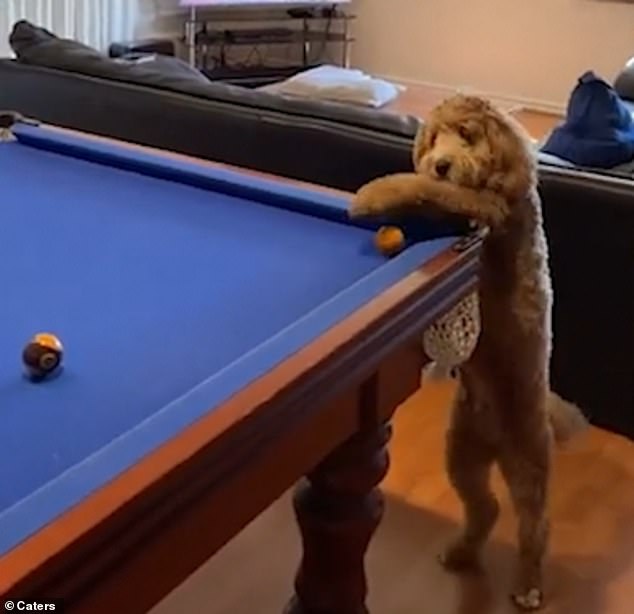 Arlo the labradoodle stands on his hind legs and reaches towards the snooker pool at his home in Perth, Australia 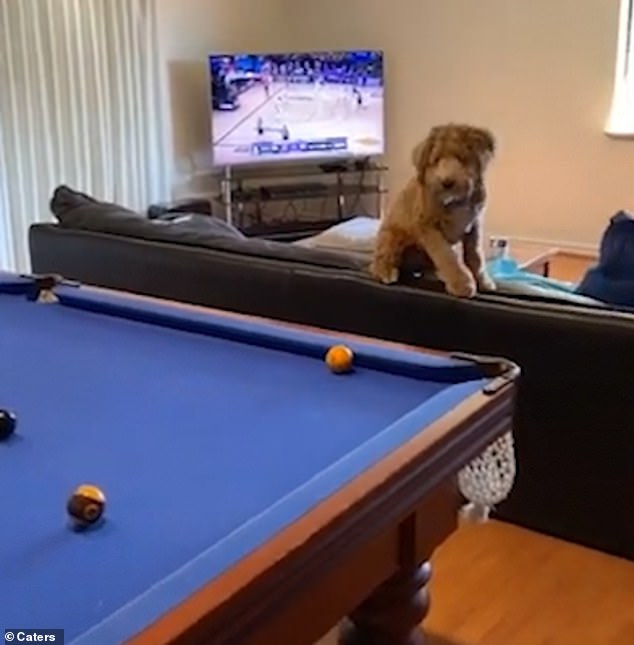 During the clip, the canine sits on the back of the couch and watches intently as Josh lines up his shot and strikes the cue ball.

Arlo suddenly jumps onto the floor and stands on his hind legs near the edge of the table as the cue ball knocks into another ball.

The labradoodle then stretches his paw towards the ball as his owner says: ‘Put it in.’

The canine knocks the ball into the pocket as his owner continues: ‘Good boy!’

Ms Nimmo said: ‘I was originally recording the video just because I thought it was funny how he was sitting on the top of the couch acting more like a cat than a dog. 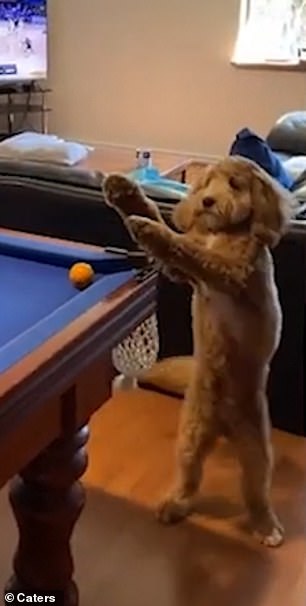 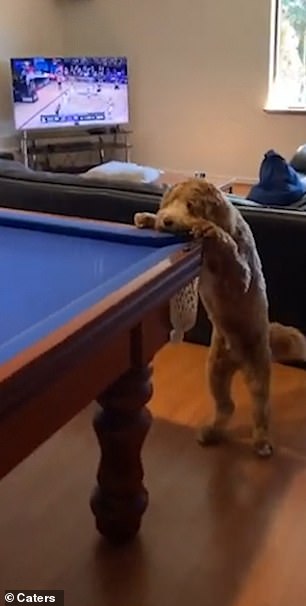 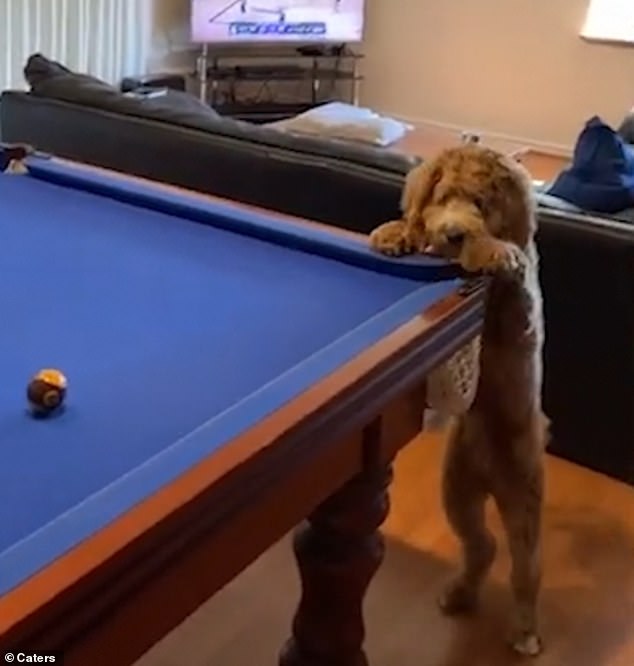 ‘He jumped down from the couch all excited, balanced on his back legs and used his front paws, trying to pull the ball closer to him and ended up scooping the ball into the pocket.

‘We thought it was pretty hilarious.

‘I was also pretty annoyed though because if any of the two players needed some extra assistance it was me, not my husband.’