A councillor has been forced to attend equality training after he called a rival ‘you silly girl’ when he forgot to mute his microphone during a Zoom meeting.

Michael McMullen was overheard making the ‘misogynistic’ and ‘inappropriate remark’ while East Herts District Council voted on a council budget on March 2.

The footage captured Labour councillor Mary Brady as she declared she would abstain from the vote, and within seconds her Tory rival was heard muttering ‘you silly girl.’

However, the member remained silent while Ms Brady brushed off the remark. 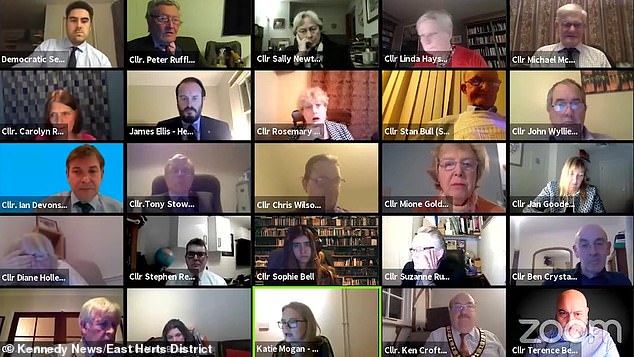 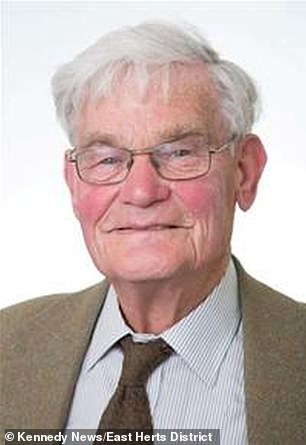 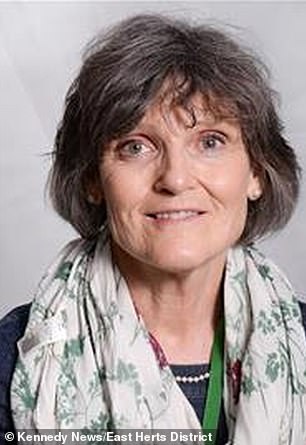 The footage captured Labour councillor Mary Brady (right) as she declared she would abstain from the vote, and within seconds her Tory rival (left) was heard muttering ‘you silly girl’

She said: ‘It would be lovely to be called a girl’.

Her party later branded the comment ‘patronising’ and ‘misogynistic’ and lodged a formal complaint with East Herts District Council.

It comes after a Handforth Parish Council meeting turned into a chaotic trail of disorder in infamous scenes captured in December.

Jackie Weaver, 62, the acting clerk, shot to fame after chairman Brian Tolver declared she had ‘no authority at all’ and ordered her to ‘stop talking’ during a verbal bust-up.

Two weeks after the East Herts District Council meeting on March 2, a formal apology was read out on behalf of Mr McMullen.

In the statement, he admitted his comment was inappropriate but said it was not intended to be heard by those in the meeting.

He confirmed he will attend equality training, which will take place this month.

Chairman of the Hertford & Stortford Constituency Labour Party Josh Dean has since condemned the comment, saying it is reflective of the issues facing female members. 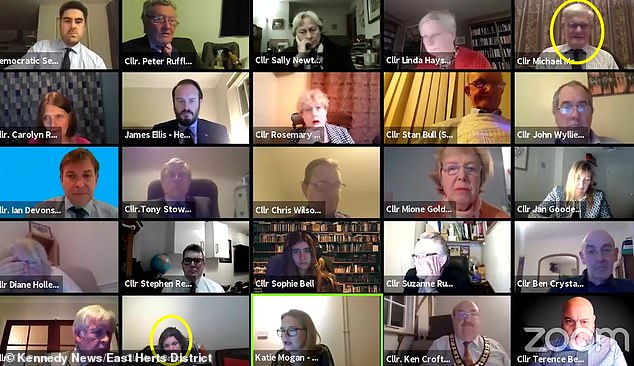 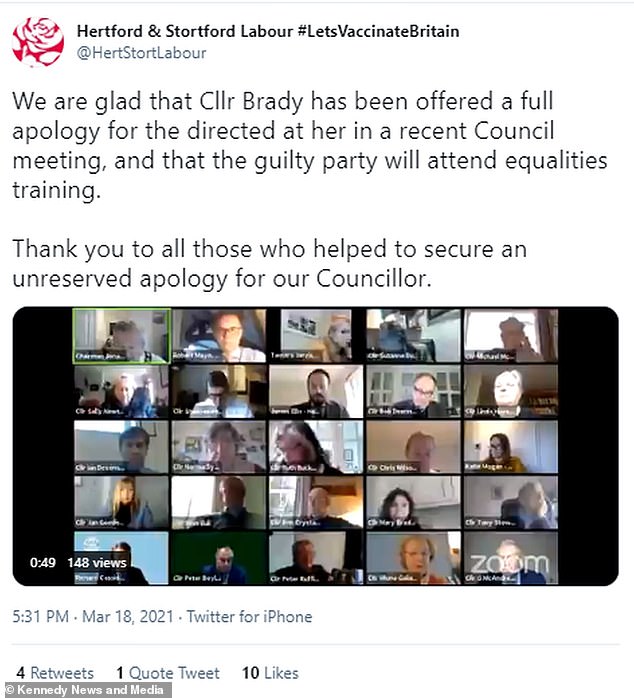 He said: ‘We were shocked to see this patronising and misogynistic comment directed at Labour Councillor Mary Brady by a Tory Councillor.

‘It’s wholly unacceptable behaviour from one elected representative to another. This is sadly representative of the wider problem of abuse and misogyny faced by women in elected office across the country.

‘Hertford and Stortford CLP is committed to gender equality and promoting women’s representation at all levels.

‘We’re glad that Councillor Brady has been offered a full apology by way of the Chair in a public meeting of East Herts District Council, and it is right that the guilty party attends some much needed equality training.

‘We owe a huge thanks to the Leader of our Labour Group on EHDC, Councillor Carolyn Redfern, who worked so hard to secure an apology, and to other opposition parties who raised their concerns.’ 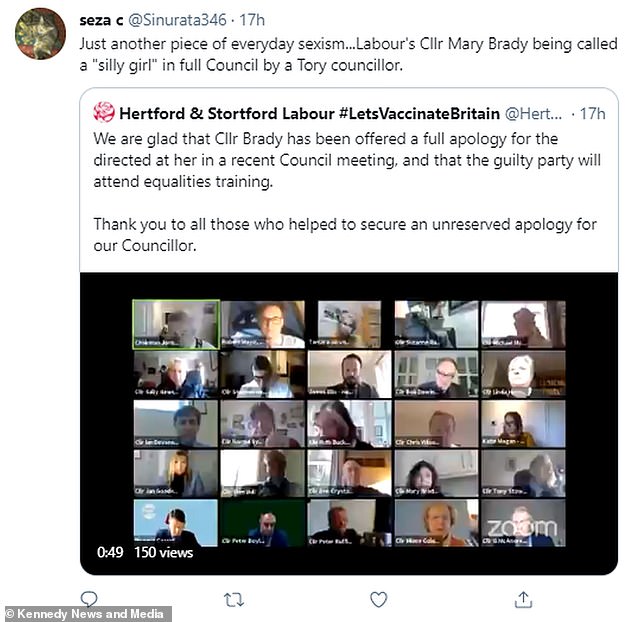 Two weeks after the East Hertfordshire District Council meeting on March 2, a formal apology was read out on behalf of Mr McMullen

A Labour Party statement said: ‘We were shocked to see Mary Brady apparently referred to as a ‘silly girl’ after abstaining on East Herts Council’s budget, reportedly by a Conservative councillor.

‘If this is the case, it is wholly unacceptable behaviour from one elected representative to another.

‘We have raised this with democratic services and hope East Herts will investigate this patronising and misogynistic comment, and that councillor Brady will receive a full apology.’

Mr McMullen’s full statement said: ‘During the recorded vote on the East Herts budget, a remark was made by a councillor which was inadvertently broadcast to the wider meeting.

‘The comment of ‘you silly girl’ made by the councillor Michael McMullen immediately following councillor Mary Brady’s abstention was, whilst not intended to be heard, was nevertheless inappropriate. 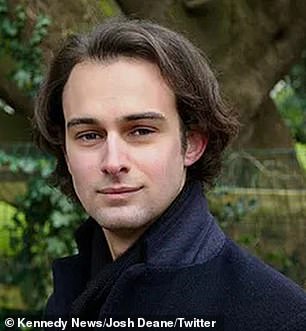 ‘Councillor McMullen accepts that he shouldn’t have made the comment irrespective of the circumstances or intention and wishes to offer an unreserved apology to Mary Brady and to any others who were offended by the remark.

‘Some equalities training is also being arranged for the end of the month which councillor McMullen will attend and any other members wishing to do so can also attend.’

A East Hertfordshire District Council spokesperson said: ‘We take the requirement for all Members to treat each other with respect very seriously.

‘We have reminded them all of the Members’ Code of Conduct and have also provided equalities training.’

When contacted for comment, Mr McMullen said: ‘[Ms Brady] has accepted the apology and as far as I’m concerned the whole situation is closed.’

Mary Brady and the Conservative Party declined to comment.

The meeting is far from the first time a Zoom council gathering has descended into chaos as proceedings were forced to move online during the Covid-19 crisis.

During an infamous Handforth Parish Council meeting in December, chairman Brian Tolver accused rival councillors of calling it illegally and yelled: ‘You have no authority here, Jackie Weaver! NO AUTHORITY AT ALL!’.

Vice-chairman Aled Brewerton, 36, also proceeded to yell at Ms Weaver to ‘read the standing orders’ in a clip which went viral in January.

A clip of the Zoom call shows Byron Rhodes, 78, nodding off as councillors are asked to indicate approval for a scheme to tackle obesity, the Sun reported.

He continues to doze off as chairman Nicholas Rushton calls his name to ask for his decision on the matter.

The leader of Leicestershire County Council’s Liberal Democrats, Simon Galton, said: ‘It’s important for elected councillors to pay attention to what is going on in meetings, especially ones as vital as those concerning public health.’

Mr Rhodes added: ‘I was very tired. I hold my hand up to it. It shouldn’t have happened. I apologise.’