The NSW Police Force has implored survivors of sexual assault to come forward with their stories after fallen NRL star Jarryd Hayne was convicted of raping a woman in her Newcastle home in 2018.

Hayne, 33, had denied assaulting the woman, saying the incident in her bedroom had been consensual. 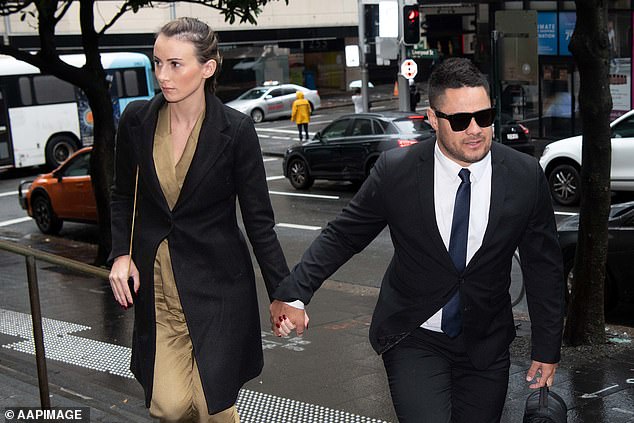 Hayne, 33, had denied assaulting the woman, saying the incident in her bedroom had been consensual

But Hayne was found guilty of two alternative counts of sexual intercourse without consent.

He’ll face a sentence hearing on May 6 in Newcastle.

‘It’s unfortunate, it’s disappointing but at the end of the day they’ve come to a decision and I respect that,’ Hayne told reporters outside court.

Detective Superintendent Stacey Maloney said on Monday that the woman’s ‘courage, resilience and steely nature’ throughout the court process was laudable.

She acknowledged the legal process could be difficult for victims but encouraged all survivors of sexual assault to come forward and report incidents to police.

‘I’d like to say in terms of victims coming forward, I know there has been a lot of comments around this lately, but we want people to come forward to us, we want to hear your story,’ Det Supt Maloney told reporters.

‘We need you to know that we believe you and we’ll be on the journey with you in relation to this process.’

The verdicts on Monday came after a Newcastle jury in December proved unable to return verdicts to the same charges. 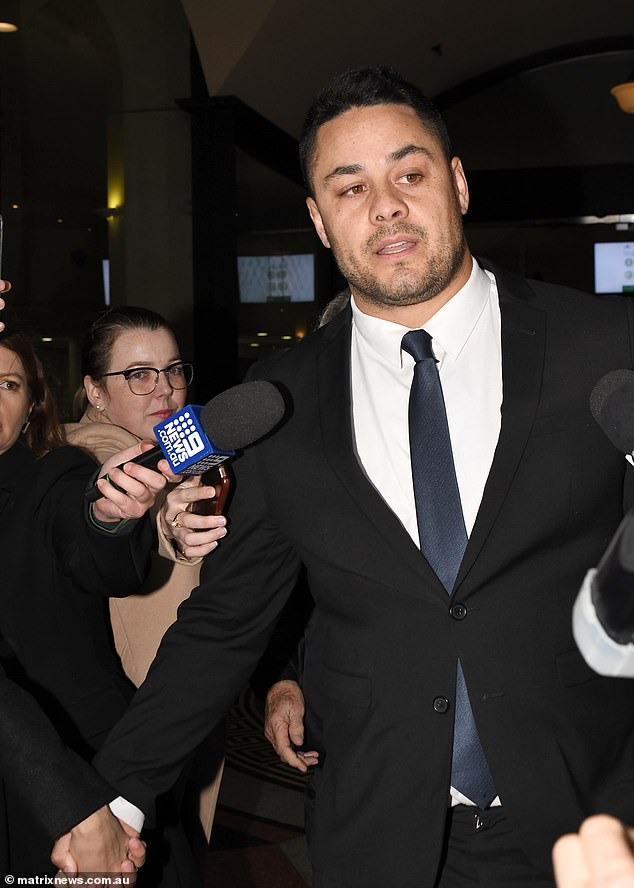 The Crown had argued in both trials the former State of Origin player felt entitled to sex when he went to the woman’s home on 2018 NRL grand final night, having left his friends drinking at a bucks party.

The woman, then 26, testified Hayne was ‘rough, forceful and inconsiderate,’ despite her protests of ‘no’ and ‘no Jarryd,’ and pushed her face into the pillow before ripping her jeans off.

Hayne testified that the woman had become ‘filthy’ after finding out a taxi was waiting for him outside her home, and knew she did not want sex.

But he wanted to ‘please her’ and the pair kissed before he began consensual oral and digital sex, he said.

The assault lasted for about 30 seconds before the woman started bleeding from her genitals.

The Crown successfully argued Hayne had no reasonable grounds for believing the woman would have consented to any sexual activity that evening.