The father-of-seven cop who was killed in the shooting in Colorado on Monday had been looking for a new job away from the ‘front lines’ in order to protect his family, his father has revealed.

Eric Talley, 51, was learning to become a drone operator because he ‘didn’t want to put his family through something like this,’ his father Homer Talley said.

His sister Kirstin shared a heartbreaking childhood picture and said she could ‘not explain how beautiful he was and what a devastating loss this is to so many’.

Talley was first on the scene of the Boulder shooting on Monday in an intervention lauded as ‘heroic’ last night in the wake of the rampage that left ten people dead. 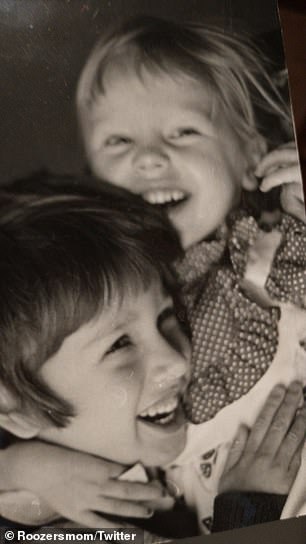 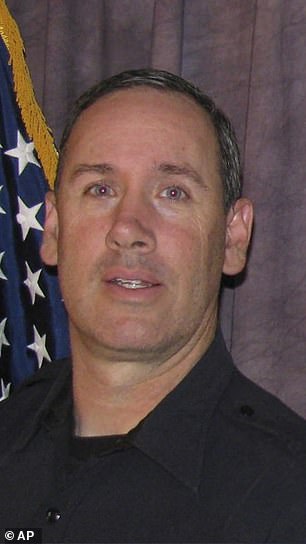 Homer Talley said in a statement to local media that the youngest of the cop’s children was seven years old.

‘He loved his kids and his family more than anything,’ his father said, adding that Talley ‘took his job as a police officer very seriously’.

‘He was looking for a job to keep himself off of the front lines and was learning to be a drone operator,’ he said.

‘He didn’t want to put his family through something like this and he believed in Jesus Christ.’

A tribute from Talley’s sister Kirstin read: ‘Officer Eric Talley is my big brother. He died today in the Boulder shooting.

‘My heart is broken. I cannot explain how beautiful he was and what a devastating loss this is to so many.

‘Fly high my sweet brother. You always wanted to be a pilot (damn color blindness). Soar.’

Amid an outpouring of grief, another tribute to Talley came from a friend called Jeremy Herko who said he knew the fallen officer from ‘the academy’.

”He was a devout Christian, he had to buy a 15-passenger van to haul all his kids around, and he was the nicest guy in the world,’ Herko said.

Another friend named Kevin Lederer posted a picture of Talley in his younger days and said that the fallen police officer had loved his job.

‘RIP Eric, my old friend. I know you loved serving your community. I am glad you were a part of my life growing up together,’ he said. 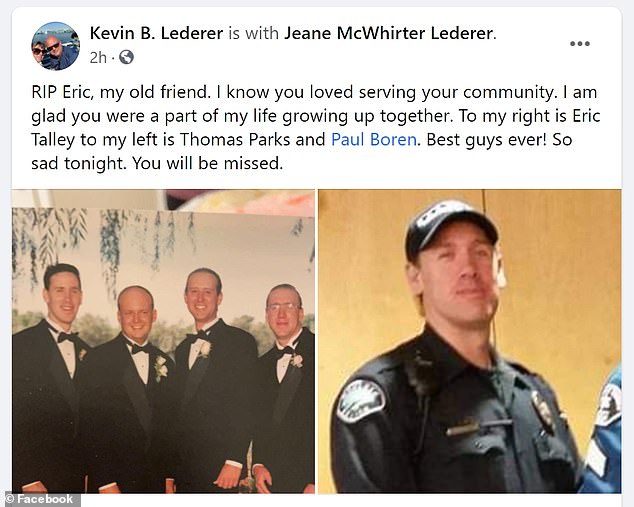 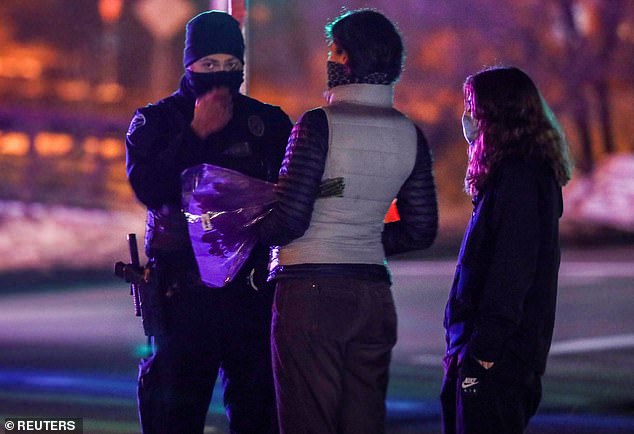 Boulder police chief Maris Herold described Talley as ‘heroic’ and said he was the first to respond to the shooting at a King Soopers supermarket.

‘We know of 10 fatalities at the scene, including one of our Boulder PD officers… Officer Talley responded to the scene – was first on the scene – and he was fatally shot,’ said Herold.

The Boulder police department shared a photo of Talley in uniform. ‘Rest in peace Officer Eric Talley. Your service will never be forgotten,’ his colleagues said.

Talley was featured in a 2013 article as one of three police officers who helped save ducks stuck in a drainage ditch.

He waded into calf-deep water to rescue the ducks from the pipes, according to the article in the Boulder Daily Camera.

Talley is the sixth on-duty death in the Boulder Police Department’s history and the first officer killed in the line of duty since 1994, the Daily Camera said.

‘He was, by all accounts, one of the outstanding officers at the Boulder Police Department and his life was cut far too short,’ said Michael Dougherty, the Boulder County district attorney. 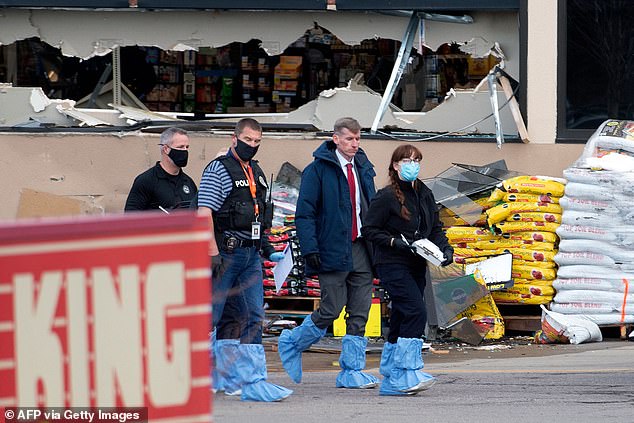 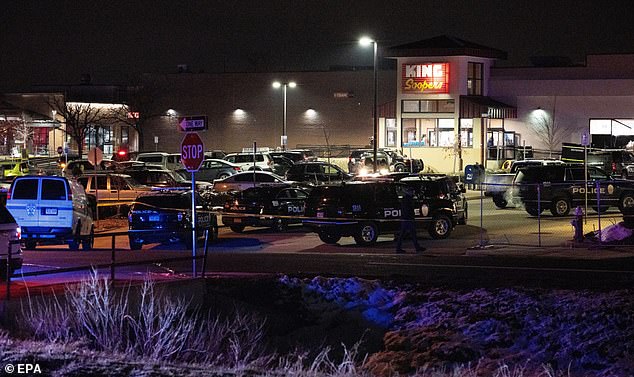 Dougherty said last night that Boulder had ‘suffered a terrible and horrific mass shooting’, although few details have emerged about how it unfolded.

Footage showed a white middle-aged man – shirtless and seemingly covered in blood – being led away by police, but it was not clear whether this was the suspect.

A suspect is being held in custody and was the only person suffering ‘serious injuries at this point,’ said police commander Kerry Yamaguchi, without confirming that it was the man in the video or giving any possible motive.

Dozens of armored vehicles, ambulances and armed personnel including FBI agents and SWAT teams were deployed to the scene.

Colorado has been the scene of some of the most shocking mass shootings in modern US history.

In 2012, a young man dressed in tactical gear burst into a movie theater in the Denver suburb of Aurora during a midnight screening and sprayed the audience with gunfire, killing 12 and wounding 70.

In 1999, a pair of students went on a shooting rampage at Columbine High School near Littleton, Colorado, killing 12 classmates and a teacher, and then themselves.