A $40,000-a-year- private school in Chicago had allegedly injected critical race theory into its physics classes as far back as 2016 and tracked students’ attitudes to the courses to see to see if they were successful.

According to one email, which was addressed to parents, the course was meant to ‘address power dynamics, systematic racism, white privilege and the shortage of people of color and women in the field of science, especially physics.’ 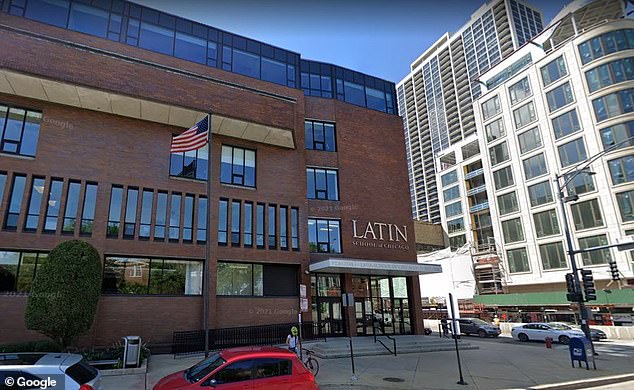 The Latin School of Chicago, a $40,000-a-year private institution, allegedly added critical race theory into its physics classes in 2016 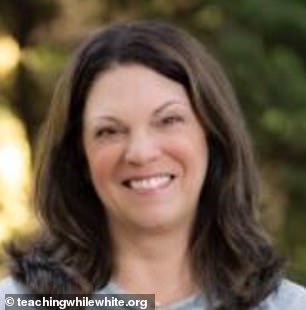 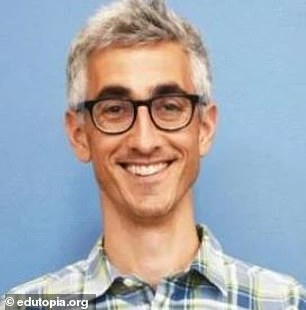 Elizabeth Denevi, (left) former director of The Latin School and co-founder of Teaching While White, allegedly introduced the program  designed by Moses Rifkin, a Seattle physics teacher. Both are involved in working with white educators on how to be anti-racist in the classroom 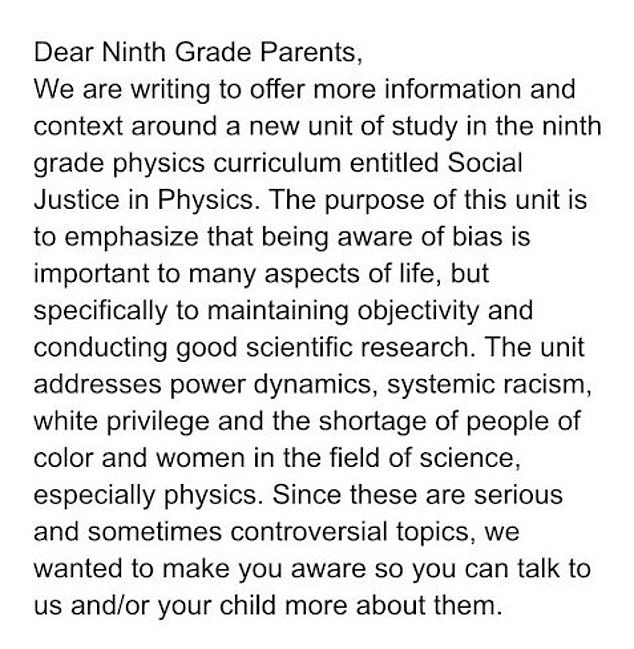 In an email obtained by The Federalist, a conservative news outlet, Denevi introduced a new curriculum to ninth grad students called ‘Social Justice in Physics’ in 2016

The email explained that the course was designed by Moses Rifkin, a physics teacher at University Prep in Seattle who claims to work with white teachers to help them understand ‘their privilege and the role they can and must play in working for social justice,’ according to his bio on the Learning for Justice, a branch of the Southern Poverty Law Center.

The course began with discussing the ‘significant underrepresentation of Black American physicists’ and asked students to complete a survey on a range of statements regarding race and racism.

The email also stated that the effectiveness of the course would be tracked through the survey as they hoped students would ‘reflect deeply’ on their lessons.

It is unknown if the course is still ongoing in the school, and The Latin School did not immediately respond to DailyMail.com’s request for comment.

The lessons and theory taught are markedly similar to the types of ‘equity’ instruction that have roiled school boards across the US over the last year, with critics condemning the teachings as divisive and simplistic.

A separate email from a parent in the school, also obtained by The Federalist, showed that the parent was concerned about the course and the questions on the survey. 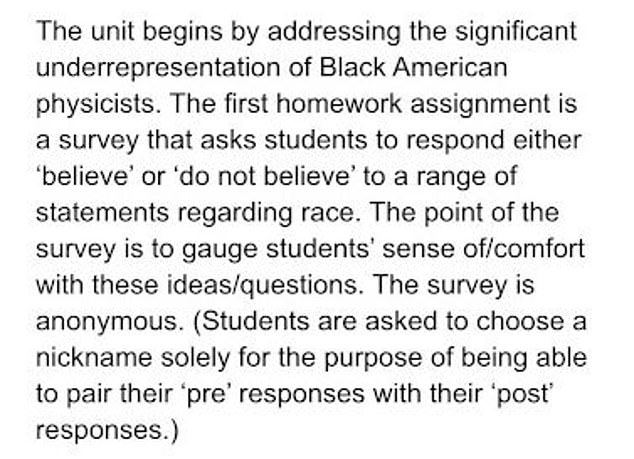 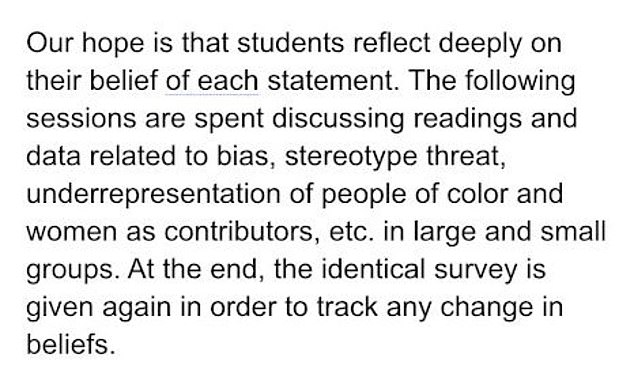 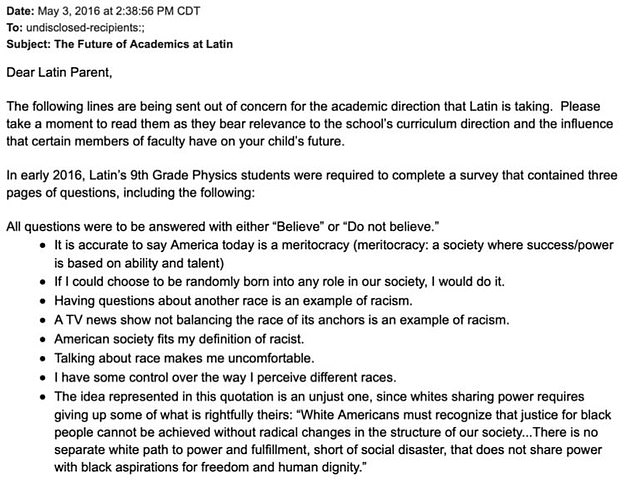 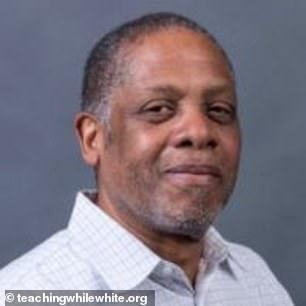 Denevi works at Teaching while white with her husband, Randolph Carter (above), a member of the Black Panther Party and graduate of the Harvard University School Leadership program

According to the email, the students were asked to rate the statements with how much they believed in it.

Some of the statements read: ‘American society fits my definition of racist, Talking about race makes me uncomfortable and having questions about another race is an example of racism.

One statement read: ‘White Americans must recognize that justice for black people cannot be achieved without radical changes in the structure of our society.’

Months after the course was implemented, Denevi went on to co-found Teaching While White, and education group working to help white educators become ‘anti-racist in the classroom.’

She works as the assistant professor at Lewis & Clark College in  its Graduate School of Education and Counseling.

Denevi works at Teaching While White with her husband, Randolph Carter, a member of the Black Panther Party and graduate of the Harvard University School Leadership program.

Carter is the founder and associate director of the Eastern Educational Resource Collaborative, which works to promote equity and diversity in education.

Denevi and Teaching While White did not immediately respond to DailyMail.com’s request for comment.

This year, San Francisco School District recalled three board members over their woke obsessions – keeping schools shut for far longer than other US cities because of ‘safety.’

The same board infuriated the city’s parents by removing merit-based entry to the city’s top public high school, Lowell, in favor of a lottery system to enhance ‘equity’ by increasing the number of black and Latino attendees.

While depriving students of in-class instruction, San Francisco’s School District got stuck into renaming local schools whose current titles were deemed ‘problematic’ – including one facility named after Abraham Lincoln.

The board also sought to destroy an almost 100 year-old mural by a well-regarded Depression-era artist over its depiction of Native Americans.

Similar incidents have played out across the US this year, with boards in Virginia also roiled by their obsession with ‘equity’ based topics and race.