Singer Charlotte Church is splashing out £1.5m to buy the former family home of the late fashion icon Laura Ashley.

Multi-millionaire Charlotte, 35, was looking for a site for her privately-run school when she fell in love with the seven-bedroom countryside mansion.

The mother-of-three has commissioned legal searches and the estate agency handling the sale say the property is now sold subject to contract.

But instead of a school it’s believed political activist Charlotte plans to turn the house into an exclusive spa hotel with outdoor eco ‘pods’ in the 49-acre grounds.

One local said: ‘I’ve heard it’s going to be a boutique hotel and that she’s going to spend a lot of money on it.

‘There’s been no mention of a school – it’s quite isolated, there aren’t many children living nearby.’ 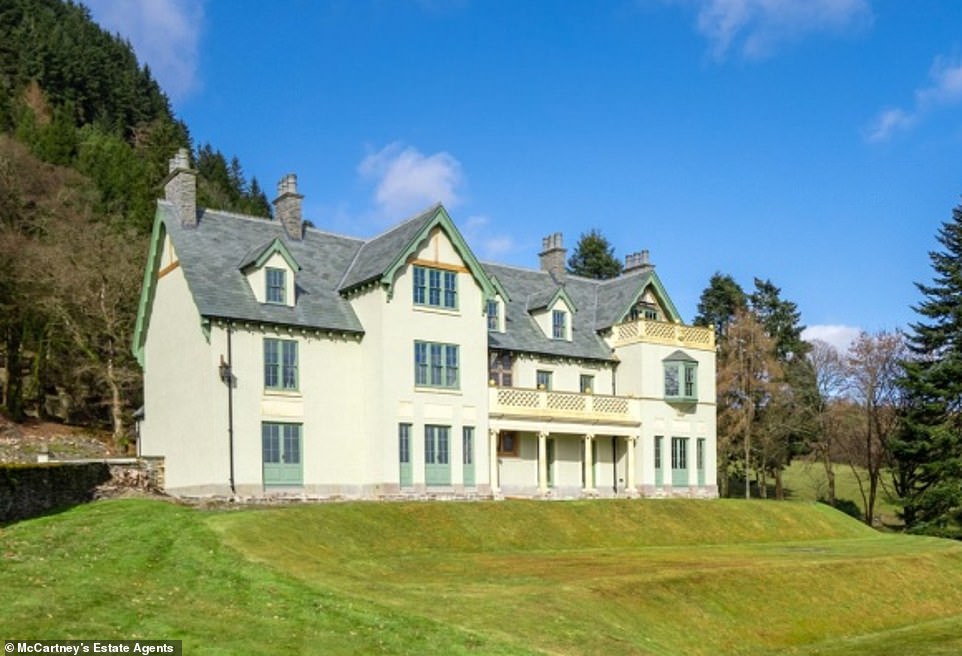 Classical singer Charlotte Church is forking out £1.5million to buy late fashion icon Laura Ashley’s mansion in mid Wales and turn it into an exclusive hotel 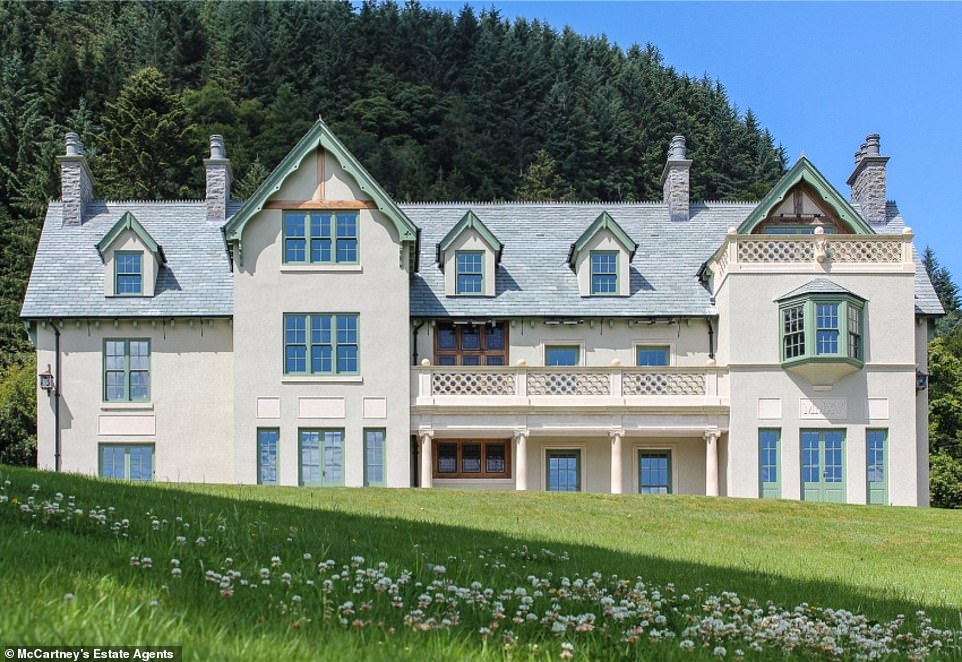 The 49-acre property and grounds boasts a helicopter landing area, swimming pool, gym and woodlands. It is in part believed to date back to the 15th century. It was bought by Laura Ashley in 1961 and remained in her family until 2009 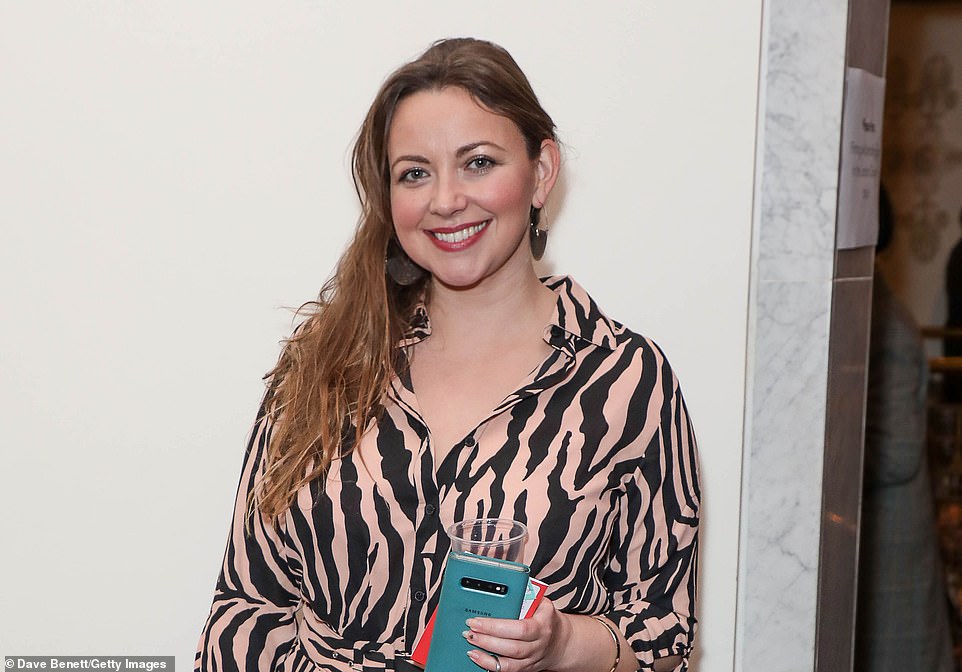 Multi-millionaire Charlotte, 35, was looking for a site for her privately-run school when she fell in love with the seven-bedroom countryside mansion. The mother-of-three has commissioned legal searches and the estate agency handling the sale say the property is now sold subject to contract 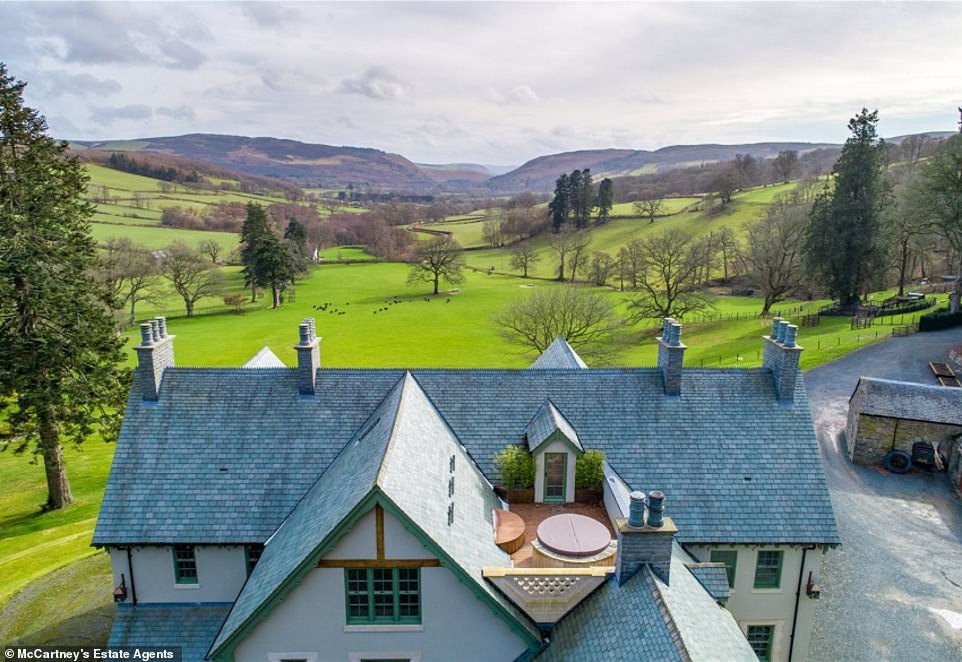 A secret rooftop space nestled above the house was also created recently the owner selling the property, who went to painstaking lengths to restore the Victorian frontage and other aspects of the mansion 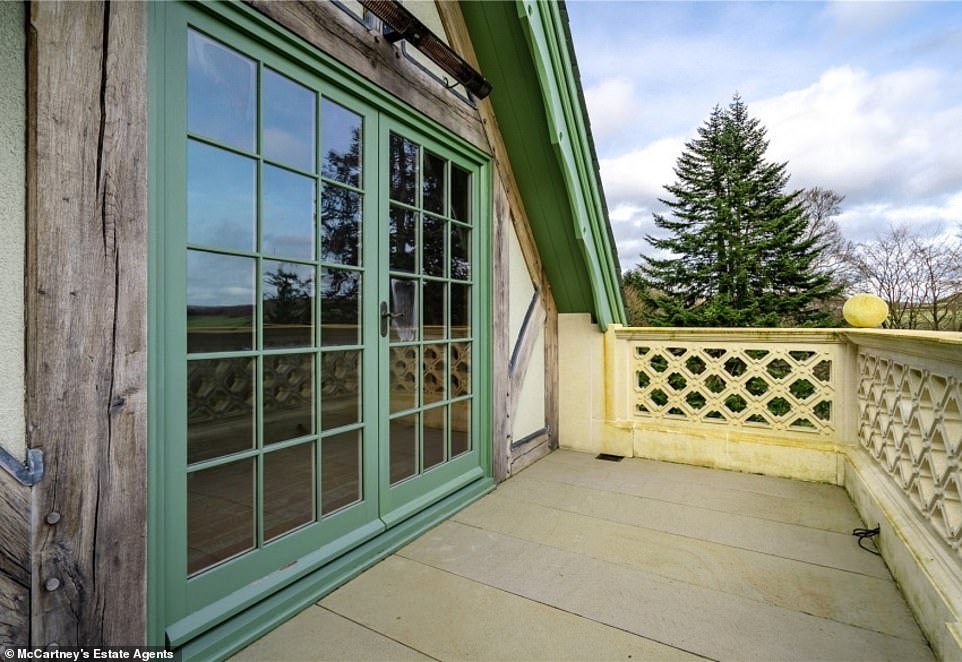 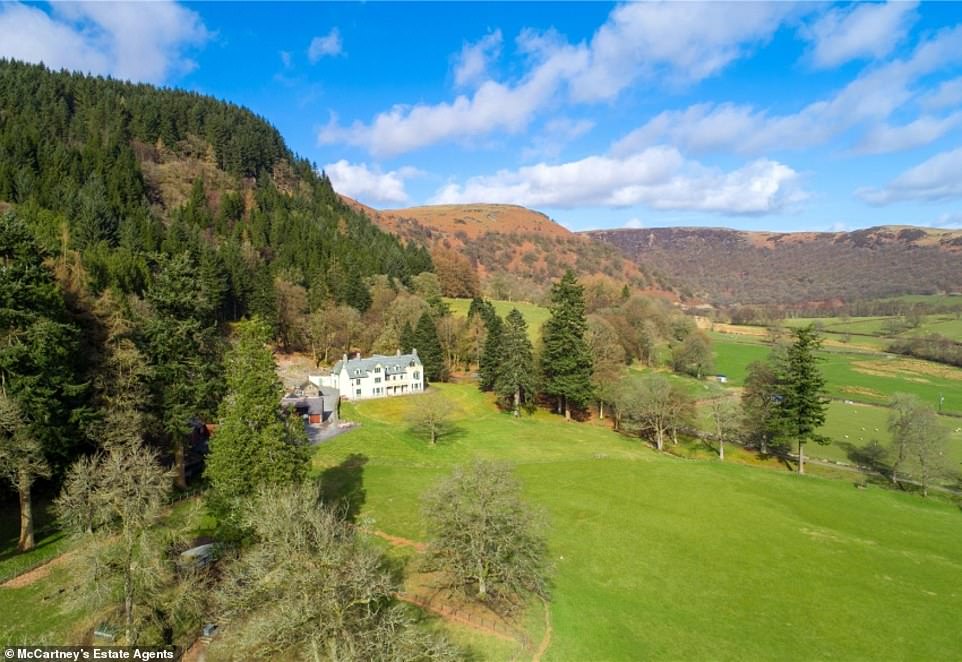 Not all the much-needed renovation work had been completed by the previous owner, and Charlotte will have to dip into her £8m fortune to complete the job 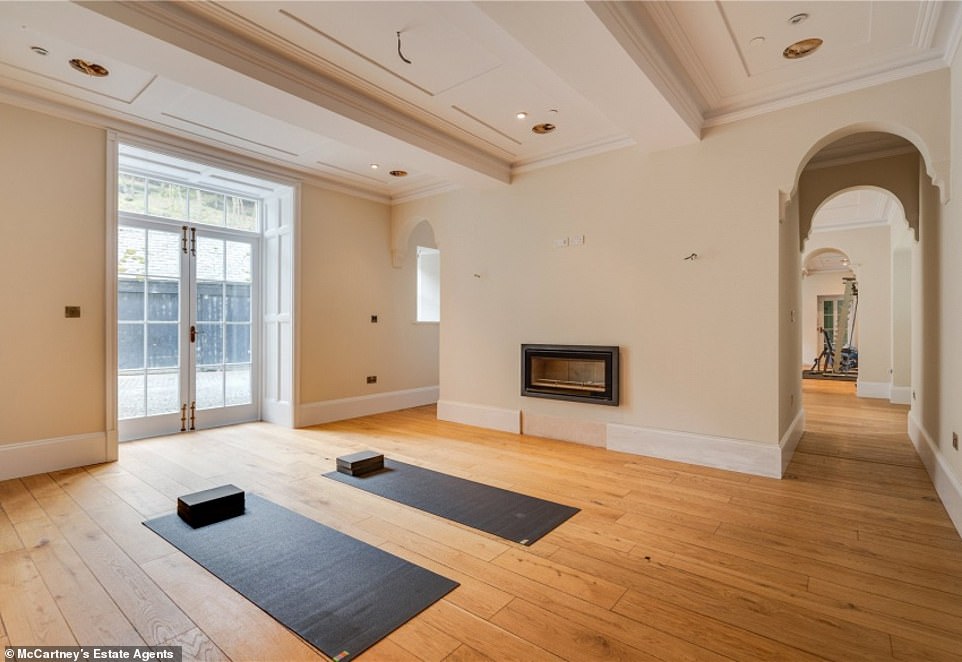 Rhydoldog House, near Rhayader, Mid Wales, which dates back more than 500 years, was bought by fashion designer Laura Ashley and her husband in 1973.

The Ashley family sold it in 2009 and a property developer renovated it in the Arts and Crafts style over the last 10 years.

Not all the work had been completed and Charlotte will have to dip into her £8m fortune to complete the job.

The house has its own helicopter landing area and outbuildings are perfect to be converted into a spa, gym and swimming pool.

But the deal breaker for Charlotte and her husband music producer Jonathan Powell were the extensive grounds miles from the nearest town.

The estate agent’s description says: ‘Wildflowers, a 10,000 bluebell walks and an expanse of four colours of rhododendrons with entwining paths through the woodland garden lead to the spectacular rock outcrops, waterfalls and hidden spaces.

‘The 33 acres of woodland is home to owls, kites and falcons and extends to the sky line to the common land beyond, ideal for out riding or walking enthusiasts.’

Former ‘Voice of an Angel’ Charlotte is founder of the Anwen Project, a non-fee paying school at her home in the village of Dinas Powys, near Cardiff. 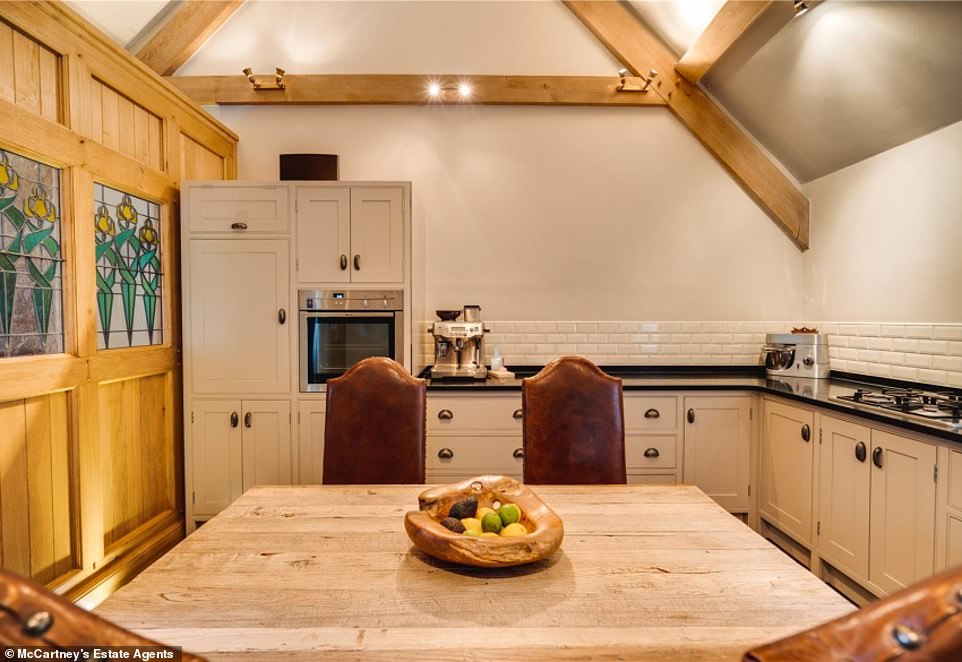 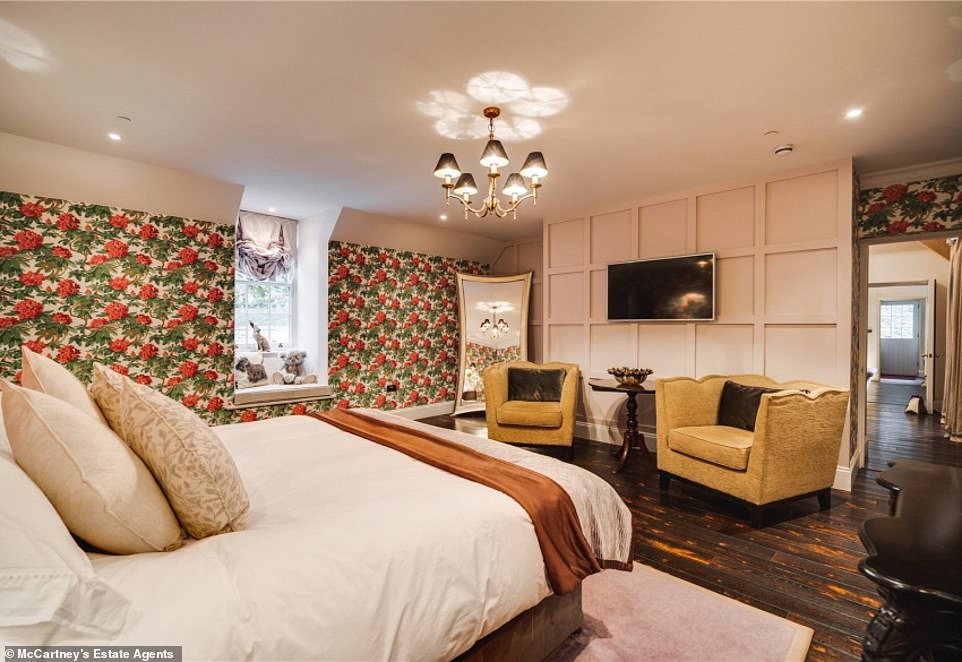 It was initially on the market for £1.8m and Charlotte made her offer after the price was dropped by the owners. Pictured: One of the property’s seven bedrooms 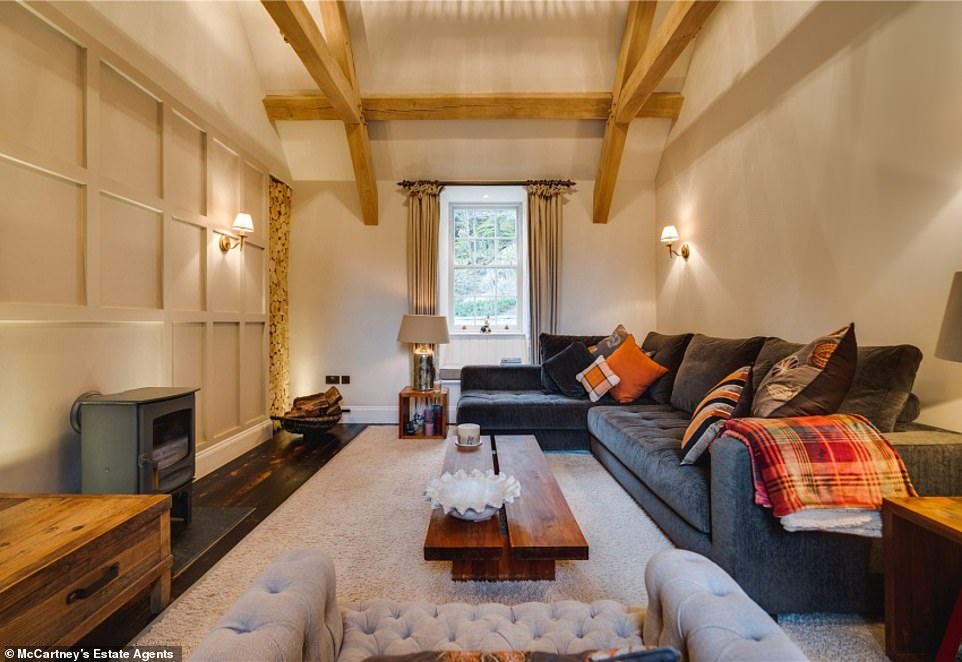 When Sir Bernard Ashley died in 2009, his daughter Jane spoke to the National Trust and The National Museum of Wales about potentially restoring the property and opening it to the public 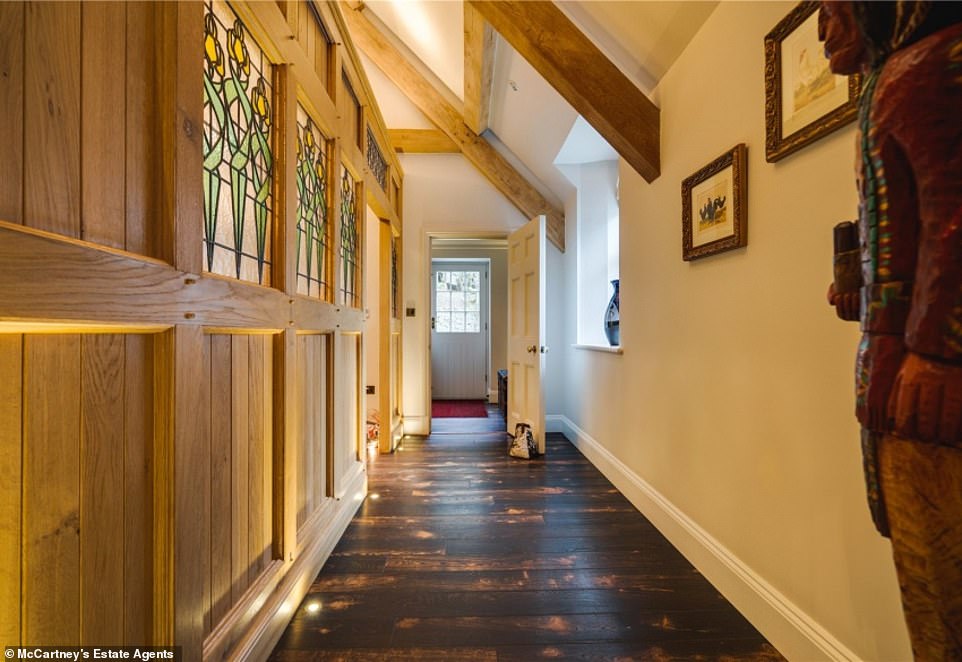 Given the beautiful mansion’s remote location however, the idea was a non-starter logistically and never came to fruition. It was sold to the current owners a few months later 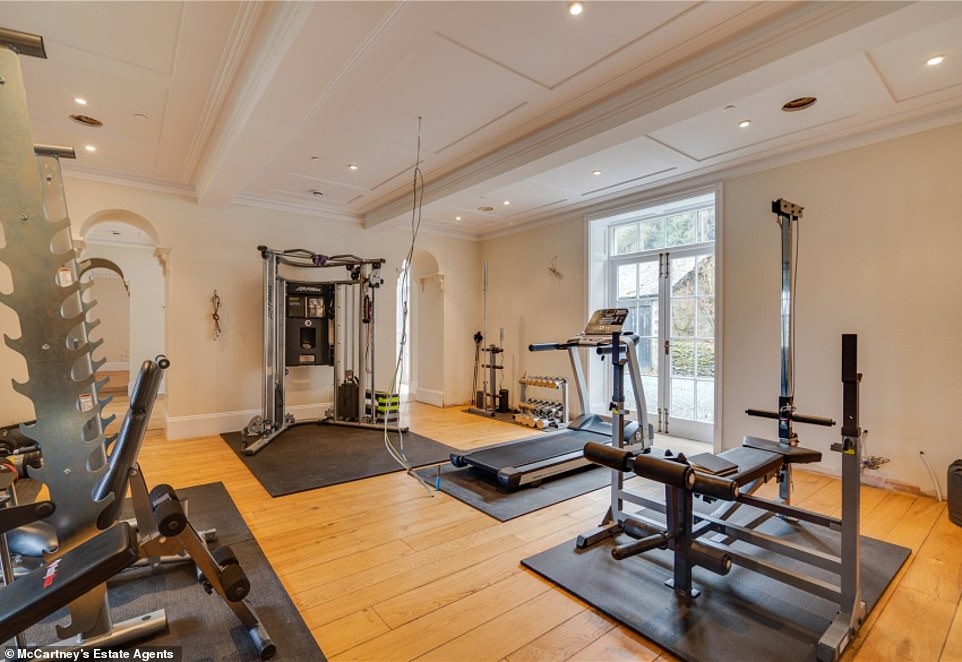 The completed areas of the house hold a gym, several large bedrooms, a kitchen diner and four reception rooms 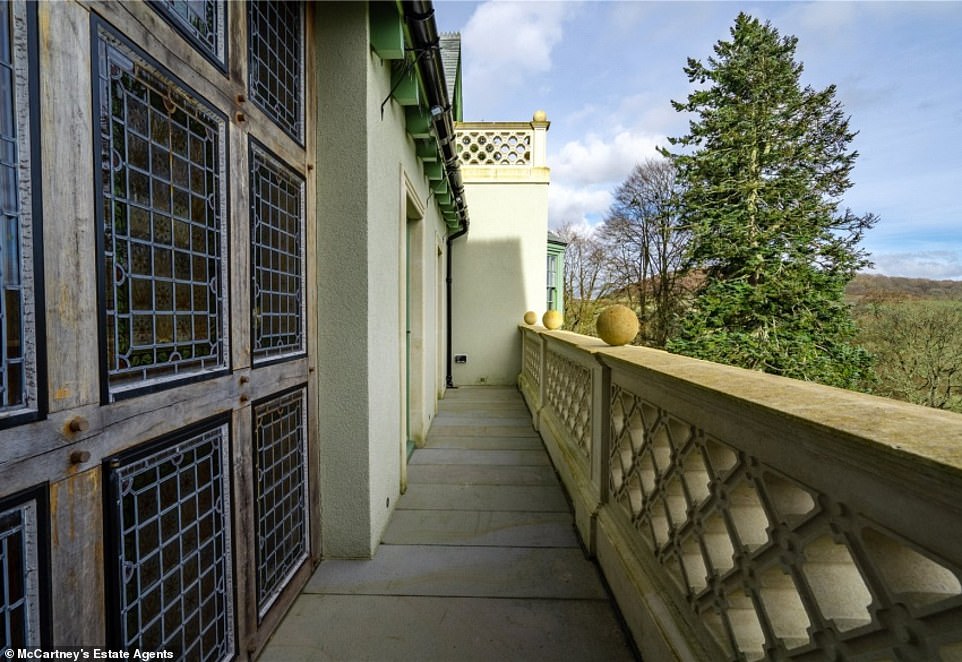 Locals have said Charlotte has dropped her plan for a school given the property’s remote location, and is instead looking at dividing up parts of the house to create luxuriously fitted rooms 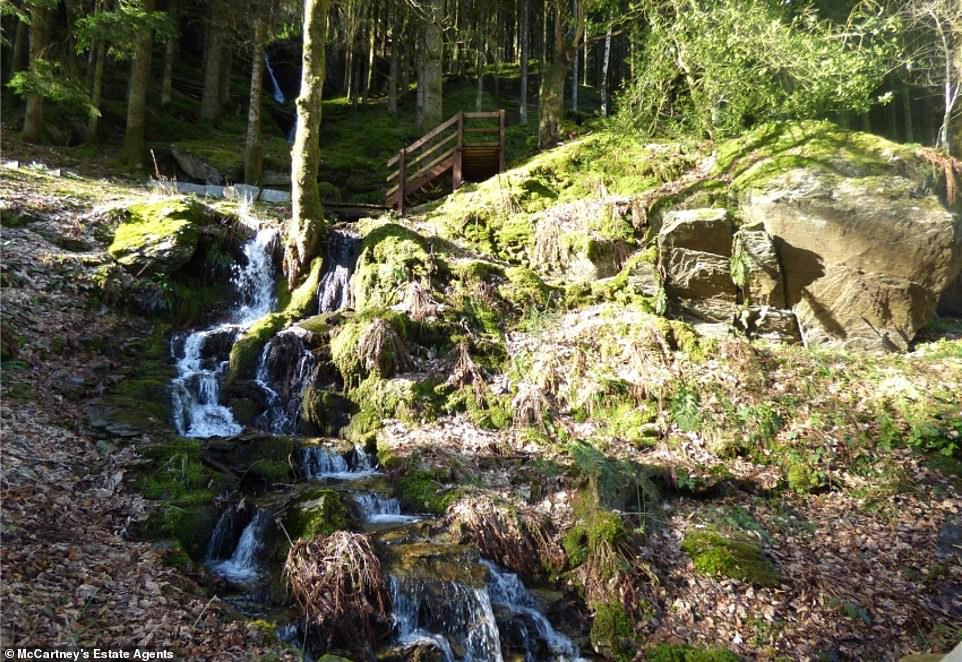 The surrounding gardens also include this beautiful natural waterfall. There is a nearby set of reservoirs which form the Elan Valley area in mid Wales

The singer was looking for alternative accommodation after local planners became concerned her house was unsuitable as a school for 20 children.

But Rhydoldog House is more than 75 miles from her current home and too far for pupils to travel.

Charlotte’s application through the HM Land Registry shows she ordered a search of the property ‘in respect of an intended purchase.’

It was initially on the market for £1.8m and Charlotte made her offer after the price was dropped by the owners.

The local, who lives nearby, said: ‘She’s had a bit of a bargain – it’s a fantastic house and no expense has been spared restoring it.

‘It’s quite fitting that Laura Ashley once lived there and now Charlotte Church is taking it on.

‘It will bring additional visitors as well as money to the local area.’

How did Laura and Sir Bernard spend their years at Rhydoldog House? 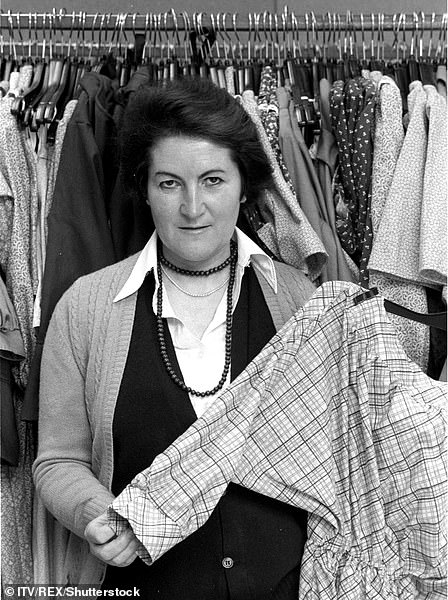 Laura Ashley in a 1976 documentary about her clothing brand

The pair originally bought the home in 1961 to be near to their fledgling business in the town of Carno. Laura Ashley had been born in Wales and had opened the company’s first shop in Machynlleth, Montgomeryshire.

Rhydoldog would accommodate high-level company board meetings as well as some of Wales’ most lavish parties.

At the height of the their success during Laura’s life, the house would also be used as the backdrop for the fashion brand’s iconic photo shoots of clothes ranges.

The surrounding grounds were even said to have inspired the designer’s famed floral prints that continue to this day.

As the years went on the pair spent less time at the property, affording to buy home in France and Belgium as well as a yacht. Sir Bernard, trained as a private pilot, would fly back from their home in France to keep up with the running of the company.

Laura died due to injuries she sustained in a fall at her daughter’s home in the Cotswolds back in 1985.

After the 40th anniversary of Laura Ashley in 1993, Sir Bernard retired as chairperson and became an honorary life president.

Not much is known about Sir Bernard’s life as a widower in the property, but he lived there for the next 24 years until his death in 2009.

The home went on the market soon after, although the couple’s daughter Jane said that she had spoke to the National Trust and even the National Museum of Wales about restoring the property in public hands but logistics could not be agreed.

Daughter Jane told the Western Mail: ‘I had several meetings with the National Trust and even the National Museum of Wales was trying to think of a way [not to sell the property]. It was just too problematic to keep it.’

The home was eventually sold for £1.2m in the autumn of 2009 to new owners who restored much of the frontage, but are not believed to have given the house the complete overhaul it needed.

Now it appears that the property has been snapped up by singer Charlotte Church, who will be able to spend a bit of her £8m fortune to complete the job.

The soprano had originally envisaged turning the home into a school, but one local said there had been ‘no mention’ of the idea, and may not attract many pupils given its isolate position.