A plaque designed to commemorate the first women priests is having to be replaced – after it featured only the names of the men who ordained them.

Bristol Cathedral confirmed it is replacing its original plaque next week celebrating the ordination service in 1994.

The 32 women priests were ordained by the then-Bishop of Bristol, the Rt Revd Barry Rogerson, in the Cathedral.

The new plaque is set to be unveiled on March 12 – the 28th anniversary of the ordination service – and will display all 32 names.

The new plaque will be produced by stone carver Robyn Golden-Hann, and invites have been sent to all the surviving women from the 1994 ordination, as well as being open to the public.

It is made of Welsh slate and is slightly bigger than the original one.

A summary of the work to be carried out at the Cathedral read: ‘The reason that the original plaque is being replaced is that it did not mention any of the women who were ordained. 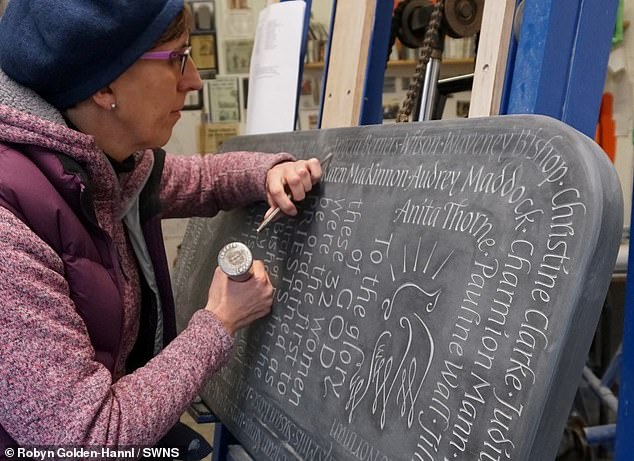 ‘Instead it mentioned the men that ordained them.’

Revd Angela Berners-Wilson, one of the first women to be ordained in 1994, said: ‘I am very much looking forward to being back in Bristol Cathedral in March.

‘[It is] 28 years to the day after our ordination as the first group of women to be priested in the Church of England. 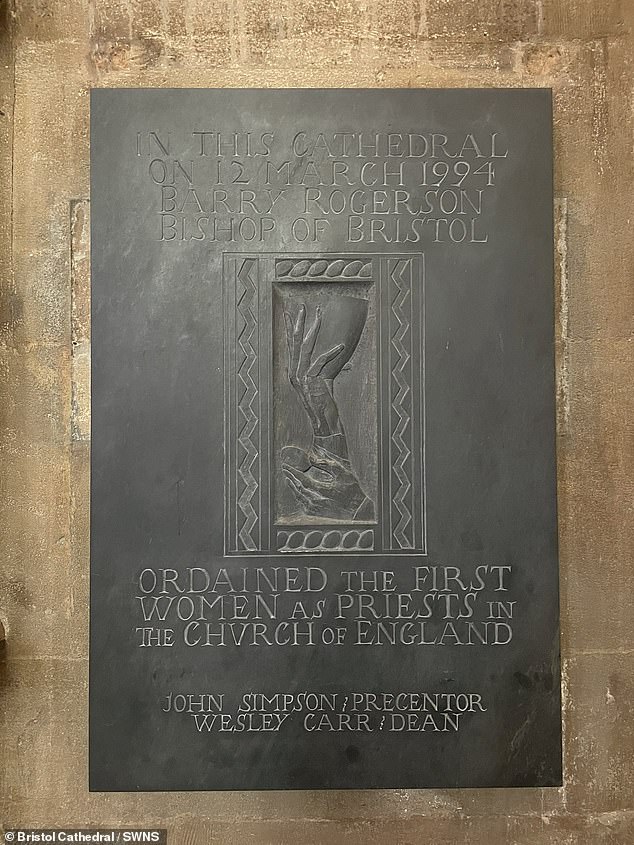 ‘It will be very special to have all our 32 names included on a new plaque to be put up in the cathedral as the original one only included the Bishop and Dean!’

The Rt Revd Vivienne Faull, Bishop of Bristol, said: ‘There is a certain irony that it has taken us 28 years to unveil a plaque that mentions the names of those pioneering women ordained in Bristol Cathedral all those years ago.

‘But I hope and pray that the progress that this represents will be a mark of wider progress in the standing of women in the church.

‘And indeed our reaching out to all marginalised or under-represented groups.’