Brazil’s high court has shot down a request from the country’s president to overturn lockdown measures that were imposed by three governors to combat the spread of the COVID-19 pandemic.

Supreme Court judge Marco Aurélio Mello on Tuesday tossed out a lawsuit that had been filed by President Jair Bolsonaro, who argued that the curfews that were set in place by the governors in the states of Bahia, Rio Grande do Sul and the Federal District, home to the nation’s capital, were a ‘state of siege.’

In his ruling, judge Mello rejected Bolsonaro’s petition because Brazilian law did not grant him the right to sue the court alone, largely in part because he had signed the lawsuit documents by himself without the Attorney General’s Office.

‘The Chief Executive personifies the Union, assigning judicial representation to the Attorney General the practice of acts in court. Considering the gross error, there is no room for procedural reorganization,’ Mello wrote. 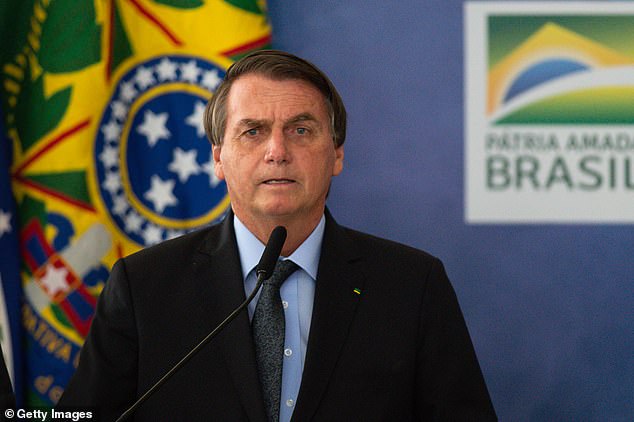 Brazil President Jair Bolsonaro learned on Tuesday that the Supreme Court had rejected his lawsuit to stop the governors of Bahia, Rio Grande do Sul and the Federal District from continuing to impose a curfew. Bolsonaro compared the measure by the governors to a ‘state of siege’ 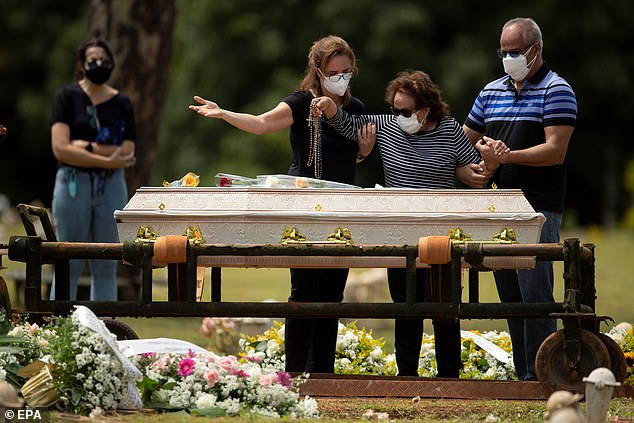 A family in Brasilia, Federal District, bids farewell to a family member who died of the coronavirus. The pandemic has killed 295,425 people in Brazil 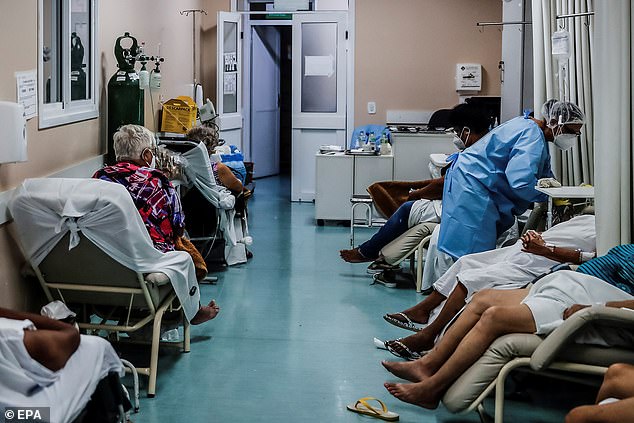 A nurse is pictured tending to several patients last Wednesday inside the intensive care unit of a hospital in Porto Alegre, Brazil

Bolsonaro challenged the governors of Bahia, Rio Grande do Sul and the Federal District by claiming that the laws banning non-essential activities during the course of a pandemic could only be applied by congress and not by measures set forth by governors.

Bolsonaro said it was the Supreme Court’s duty to ‘establish that, even in cases of proven sanitary need, measures to close non-essential services require legal support and must preserve the minimum economic autonomy of people, enabling personal and family subsistence.’

He also added that there was no proof that placing a night curfew would prevent people from being infected with the virus.

However, Mello refuted Bolsonaro’s claims by indicating that governments at the local, state and federal levels were all responsible in determining which measures could be put into place to combat an epidemic that continues to ravage Brazil.

The Supreme Court judge also took Bolsonaro and his unwarranted ‘totalitarian vision’ to task in handling the coronavirus pandemic.

‘In view of the democratic airs experienced, improper, in all respects, it is the totalitarian vision. The president of the Republic is responsible for the larger leadership, the coordination of efforts aimed at the well-being of Brazilians ‘, wrote the minister. 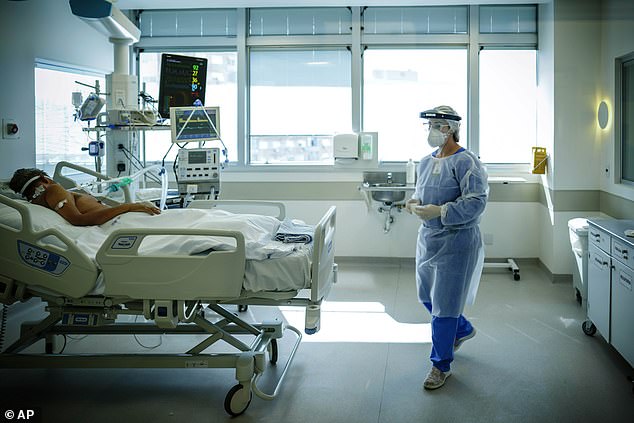 A COVID-19 patient rests inside an intensive care unit at the Hospital das Clinicas in Porto Alegre, Brazil, last Friday 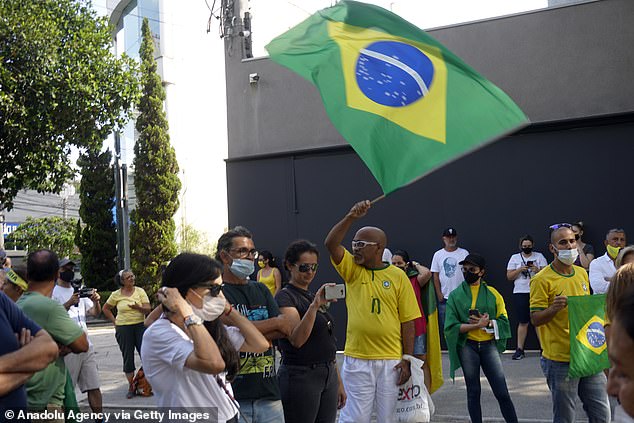 According to data released Tuesday by John Hopkins University, Brazil was second to the United States with 295,425 confirmed coronavirus deaths and 12,047,526 infections.

Federal District governor Ibaneis Rocha, who on March 8 imposed a 10pm to 5am curfew, maintained that the orders imposed by his fellow governors did not violate any federal laws.

‘The decrees have nothing unconstitutional and were issued within the competence established by me, in the Constitution itself and in the law,’ he said.

Bahia governor Rui Costa said Bolsonaro’s behavior only added strength to a pandemic that has made the country the virus’ epicenter in Latin America.

‘The president of the republic reaffirms with his posture, his conduct, that he is the main ally of the virus in Brazil,’ Costa said.

‘His conduct indicates that he is the main ally of the wave of deaths that happens throughout. His behavior reaffirms that he is responsible for the economy being practically paralyzed throughout the country, for trade to be closed, for the growth of unemployment.’

Despite seeing his court challenge come up short, Bolsonaro on Tuesday swore in his fourth health minister since the pandemic.

Sources told Reuters that a private ceremony was held where cardiologist Marcelo Queiroga officially replaced Eduardo Pazuello, an active-duty army general with no prior medical experience who has overseen most of Brazil’s pandemic response.

The World Health Organization’s (WHO) regional director for the Americas, Carissa Etienne, said on Tuesday that the virus is surging ‘dangerously’ across Brazil, and urged all Brazilians to adopt preventive measures to stop the spread.