Boris Johnson is facing demands for an investigation today over claims he intervened to help a Russian newspaper owner get a seat in the house of Lords.

Security services said granting a peerage to Evgeny Lebedev, the owner of the Evening Standard and Independent, in 2020 posed a risk to national security.

But it was reported today that MI5 and MI6 withdrew their opposition after the direct intervention of Mr Johnson, who accused them of ‘anti-Russianism’.

Mr Lebedev, 41, whose father is the former KGB agent Alexander Lebedev, took his seat in December 2020 as Baron Lebedev of Hampton and Siberia.

Labour today demanded a probe into the claims made in the Sunday Times, with shadow home office minister Yvette Cooper saying: ‘For a PM to intervene on a national security assessment or to ignore intelligence agencies advice on an issue like this is extremely serious.

‘His first responsibility is to uphold our national security.’

Lord Lebedev last week made an appeal to Vladimir Putin to end the war in Ukraine via the Standard.

In a front page letter he condemned the invasion and ‘pleaded’ with him to ‘save the world from annihilation’. 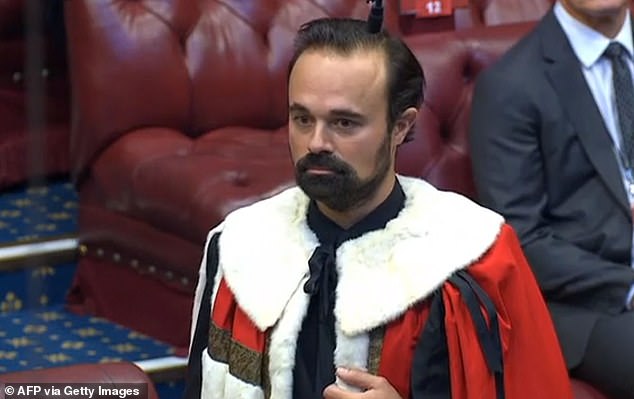 Security services said granting a peerage to Evgeny Lebedev, the owner of the Evening Standard and Independent, in 2020 posed a risk to national security. 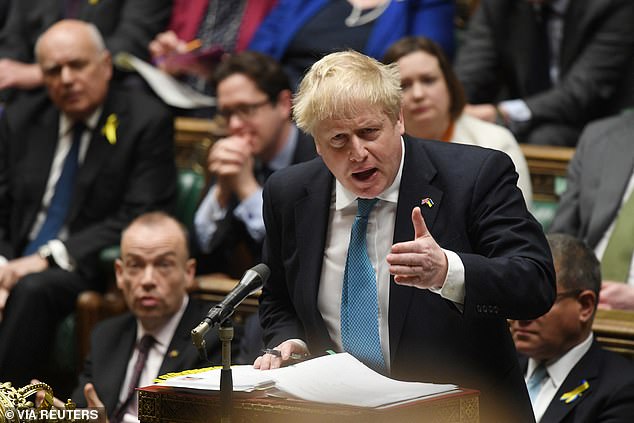 It was reported today that MI5 and MI6 withdrew their opposition after the direct intervention of Mr Johnson, who accused them of ‘anti-Russianism’. 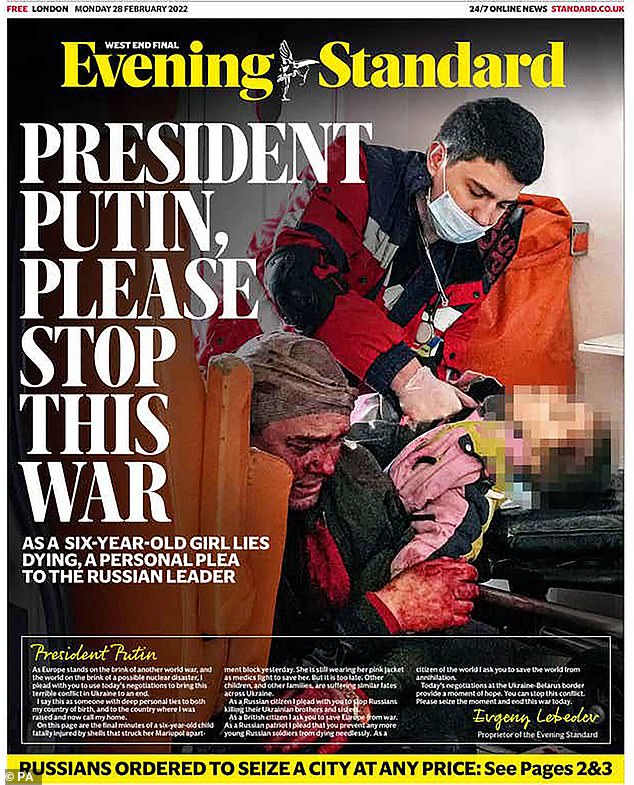 Lord Lebedev last week made an appeal to Vladimir Putin to end the war in Ukraine via the Standard. 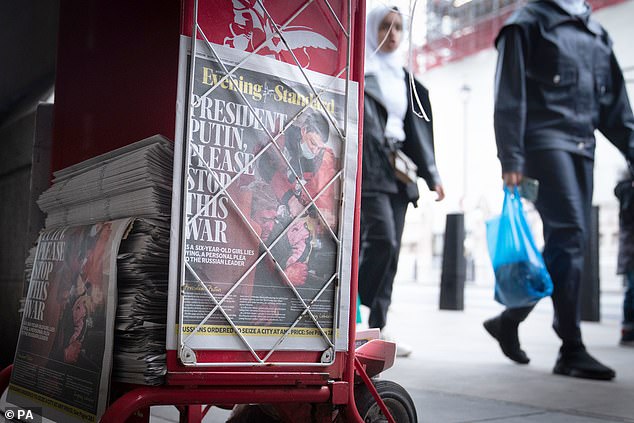 He moved to London aged eight to be with his billionaire father, Alexander, and has remained in the UK ever since.

Lord Lebedev,who was born in Russia, is a friend of the PM and was part of a peerages list which included the Conservative leader’s close political allies, party donors and his own brother, Jo.

He moved to London aged eight to be with his billionaire father, Alexander, and has remained in the UK ever since.

In 2009, the pair bought a 65 per cent stake in the Evening Standard. A year later, he bought The Independent and launched the i newspaper.

After being made a peer he condemns the ‘snobbery and casual racism’ of critics who accused him of being one of the Prime Minister’s ‘cronies’.

He told the Mail on Sunday at the time: ‘This is a racism that considers the House of Lords to be no place for someone such as me.’

The Sunday Times reported today that the House of Lords Appointments Commission (Holac) advised Mr Johnson against granting the peerage in March 2020, based on an assessment by the security services.

A source told the paper: ‘Their initial advice was that they considered that there could be a threat to national security … There was some security concern about the whole situation.’

But by June 2020, after Mr Johnson’s personal involvement, it is alleged that the security concerns were withdrawn. Asked if the intelligence assessment seemed to have changed the source said: ‘Yes it did. It did. What the intelligence would say was, that with the extra information it got, they felt it wasn’t as big a threat as they had initially thought.’

Lord Lebedev told the Sunday Times ‘all’ the claims were incorrect and its questions did not ‘merit an answer’.

Last week the crossbench peer used the front page of his London newspaper to reach out to Putin.

In a statement published alongside a photograph of a paramedic performing CPR on a girl injured by shelling, Lord Lebedev said: ‘On this page are the final minutes of a six-year-old child fatally injured by shells that struck her Mariupol apartment block on Sunday.

‘She is still wearing her pink jacket as medics fight to save her. But it is too late. Other children, and other families, are suffering similar fates across Ukraine.

‘As a Russian citizen I plead with you to stop Russians killing their Ukrainian brothers and sisters.’

A government spokeswoman said:  ‘All individuals nominated for a peerage are done so in recognition of their contribution to society and all peerages are vetted by the House of Lords Appointments Commission.’