A fallen ‘hero’: Bloodied face of pilot who was praised by Vladimir Putin for Syrian sorties is beamed around world after his capture as eight Russian aircraft are shot down in one day

By Mark Nichol For The Daily Mail


Eight Russian aircraft have been destroyed in just 24 hours – including one flown by a pilot who Ukraine claim was feted by Putin for his sorties over Syria.

The remarkable tally, in such a short period of time, offers further evidence of Russia’s military campaign going badly wrong.

The losses of strike jets and helicopter gunships will infuriate Putin, who assumed his air force would achieve superiority on the first day of the war. 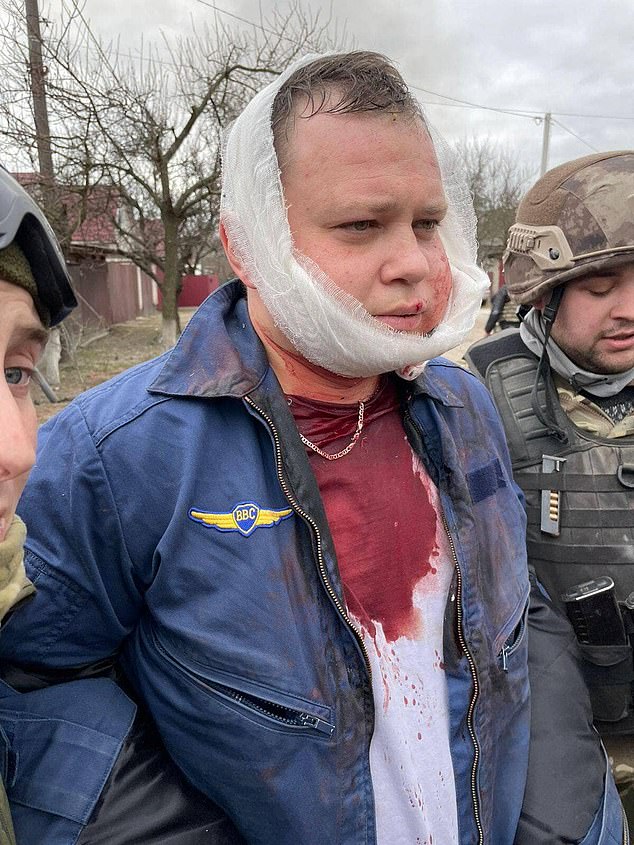 Eight Russian aircraft have been destroyed in just 24 hours – including one flown by a pilot, Major Krasnoyarsk (pictured), who Ukraine claim was feted by Putin for his sorties over Syria 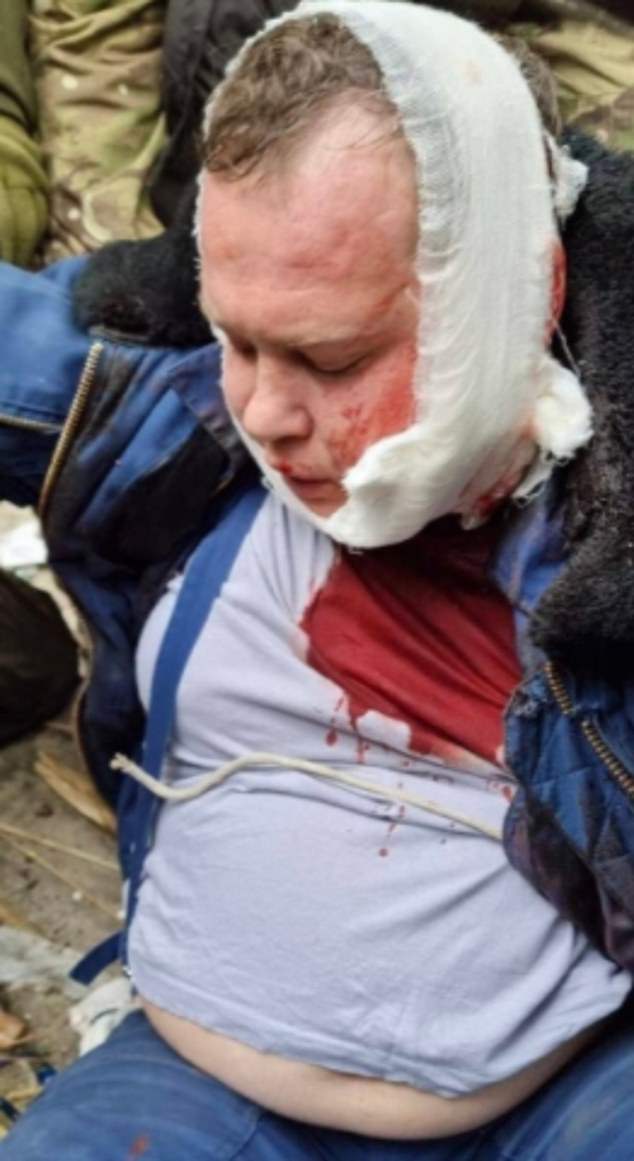 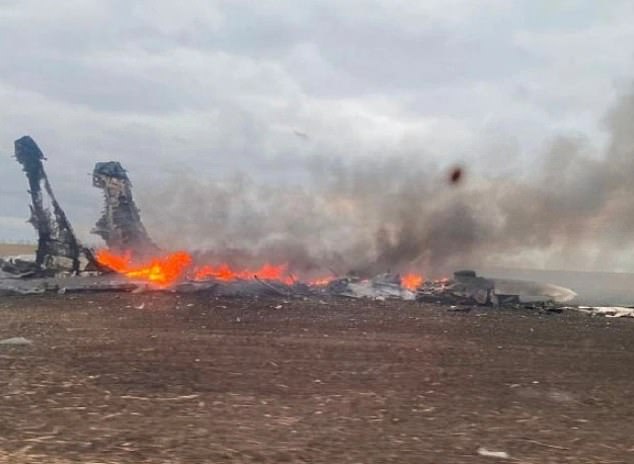 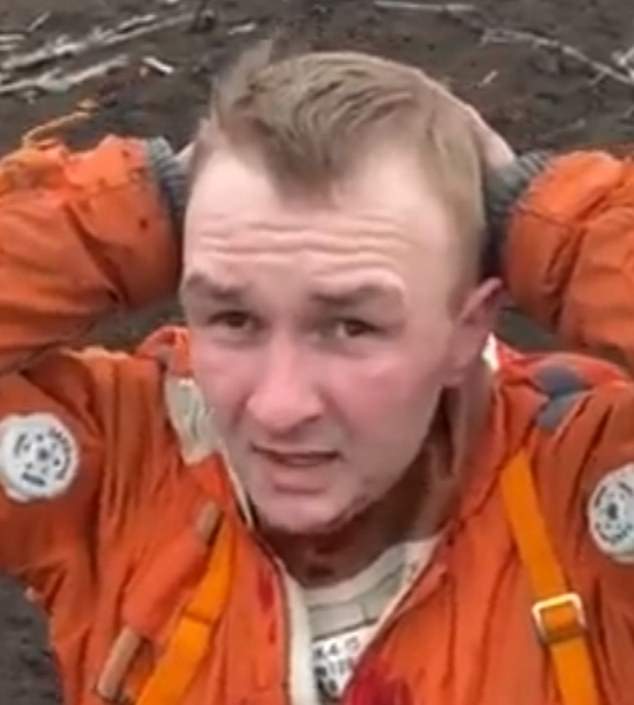 Footage shared online shows a pilot, reportedly from a downed helicopter, wearing an orange jumpsuit as he gets on his knees with his hands behind his head as his capture questions him

Instead, his aircraft are proving vulnerable to Ukrainian defences, including the S-300 ground-to-air missile system and shoulder-fired rocket launchers donated by Britain and other Nato members.

Footage shows Russian pilots and navigators who survived the skirmishes telling their captors at gunpoint: ‘We were just following orders.’ The release of the videos appears to breach the Geneva Convention which prohibits using prisoners of war for propaganda purposes.

In one, Ukraine claimed to have shot down a Russian SU-34 jet flying over the same region.

It was said to have been piloted by an officer who, according to Ukrainian sources, took part in illegal Russian military operations in Syria in 2016. He was shown in a bloodstained shirt with a bandage wrapped around his head.

Another video showed a bleeding Russian pilot propped up against the wall of an agricultural building. 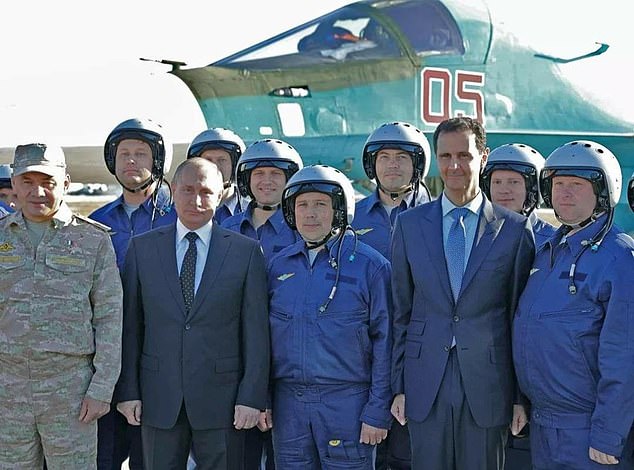 Major Krasnoyarsk (far right), a Russian pilot shot down and captured by the Ukrainians, previously participated in the Russian aerial bombardment in Syria which killed many civilians

It’s thought he ejected from his aircraft moments before it crashed and burst into flames. He suffered a head injury and appeared concussed.

In another incident, a Russian pilot was filmed kneeling in a field with his hands behind his head. He was wearing an orange jumpsuit and had parachuted out of his SU-30SM multi-role aircraft.

According to local reports it was downed by a missile from a S-300 over the Mikolayiv region of eastern Ukraine, around 40 miles from Kherson. He gave his name and told his captors he was a flight commander with Russian military unit 59882 flying out of the Black Sea Fleet base in Crimea – the peninsula illegally seized by Russia in its invasion of 2014. 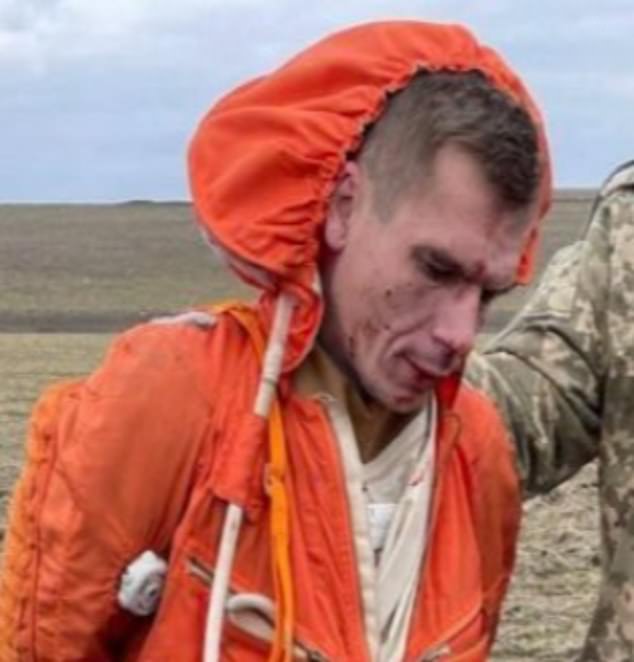 Another pilot, also dressed in an orange jumpsuit and thought to be his colleague, was taken away by Ukrainian soldiers

Western officials fear the loss of more Russian jets and helicopters will persuade Putin to rely even more heavily on artillery, rather than aircraft, to bomb Ukrainian cities.

As artillery is often less accurate than ordnance released from aircraft, this could lead to more civilian lives being lost.

Russia has so far declined to use most of its estimated 300 fixed wing combat aircraft in the war. This is partly due to Russia’s failure to destroy Ukrainian ground-to-air missile systems.

Experts also believe Putin’s air force is running low on stocks of rockets after years of bombing missions in Syria.