Fertility treatment is less successful in patients from ethnic minority backgrounds, a study has found.

Black patients are less likely to have a baby after treatment compared to other ethnic groups, said the Human Fertilisation and Embryology Authority (HFEA).

While overall birth rates from IVF have increased, black patients aged 30 to 34 had an average birth rate of 23 per cent, compared to 30 per cent for white and mixed ethnic groups.

The HFEA, the UK’s fertility regulator, also found that South Asians aged 30 to 34 had lower birth rates of 25 per cent. 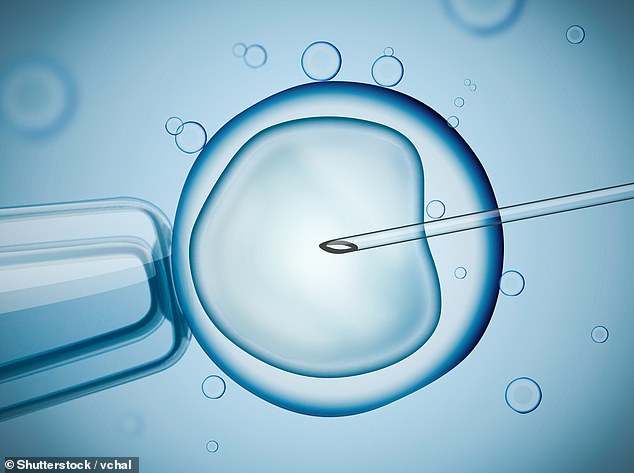 While overall birth rates from IVF have increased, black patients aged 30 to 34 had an average birth rate of 23 per cent, compared to 30 per cent for white and mixed ethnic groups (pictured, Laboratory Fertilisation Of Eggs In IVF Treatment) 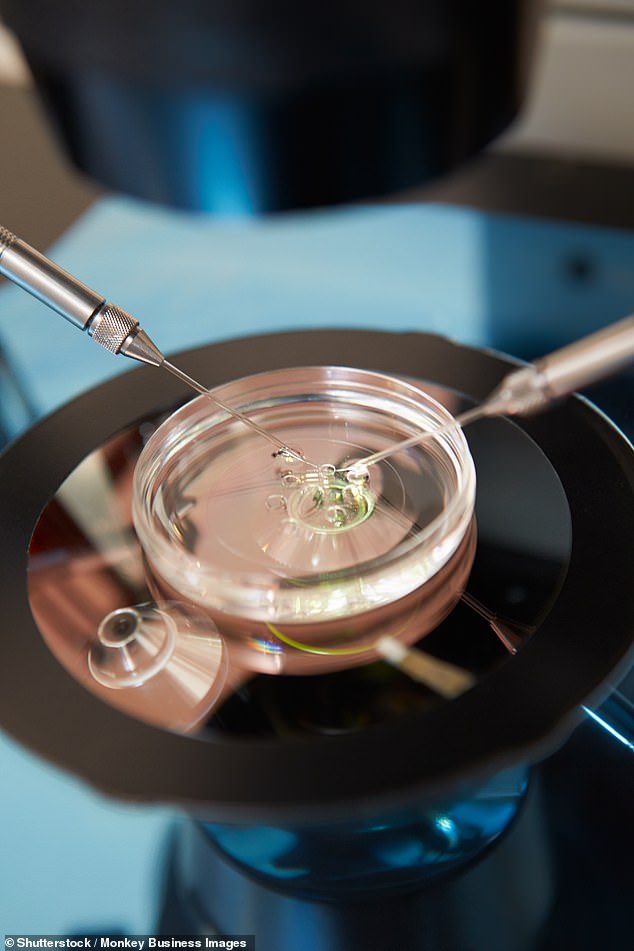 The HFEA said the reasons for the differences in birth rates ‘are not certain but may relate to several factors, including socioeconomic related pre-existing health conditions such as obesity’ (pictured, Laboratory Fertilisation Of Eggs In IVF Treatment)

The study, which looked at data from 2014 to 2018, also found that 31 per cent of black patients had fertility problems due to issues with their fallopian tubes, compared to 18 per cent of patients overall.

The HFEA said the reasons for the differences in birth rates ‘are not certain but may relate to several factors, including socioeconomic related pre-existing health conditions such as obesity’.

Sally Cheshire, chairman of the HFEA, said that while they do not have a definitive answer for these differences, ‘it’s crucial that action is taken to level the playing field for all our patients’.

The report found that, on average, black patients tended to start IVF almost two years later (36.4 years of age) compared with the average patient age of 34.6.

Black patients are also more likely to have multiple births following the transfer of two embryos through IVF, at around 14 per cent (compared to 12 per cent overall).

The HFEA warned that because black patients tend to be older and are more likely to have heart conditions, all these risks must be considered when using two embryos.

Ms Cheshire added: ‘This report is very timely as there has been much discussion recently of health inequalities amongst ethnic communities, with many of these being highlighted by the Covid-19 pandemic.

‘We want anyone who is struggling to conceive to have equal access to fertility treatment and understand their chances of being successful.

‘What is clear from this report is that there are several disparities in fertility treatment across ethnic groups that need to be addressed.

‘During my time as HFEA chair, we have worked hard with the sector to reduce the risks from multiple births for women and any children born and I would like to see more work done to address this amongst black patients.’

‘We know that infertility can have a devastating effect on people’s lives, causing distress, depression, and the breakdown of relationships. It is therefore essential that we begin to understand the factors contributing to these poorer outcomes in this particular group of women.’

Gwenda Burns, chief executive of charity Fertility Network UK, said: ‘We know how isolating fertility problems can be, and today we are launching a new peer support group for black women alongside our existing Asian group.

‘We aim to provide spaces for all patients to be open about the issues they face so we can make certain every voice is heard.’