Biracial father who’s running for State Assembly rails against CRT at school board meeting and says: ‘Anyone who tells my pecan-color skinned kids they’re oppressed would be absolutely wrong’


A self-described biracial North Carolina father, who is running for the US Congress as a Republican, made headlines this week when he delivered a viral speech blasting the teaching of Critical Race Theory during a school board meeting.

Brian Echevarria, 44, a married father-of-three and a candidate for District 73 in the North Carolina General Assembly, appeared at a Cabarrus County School Board meeting on Monday to denounce CRT, which he called a ‘big fat lie’ and a ‘discrimination revolution.’

‘I’m biracial, I’m bilingual, I’m multicultural. The fact is, in America, in North Carolina, I can do anything I want and I teach that to my children,’ Echevarria said.

‘And the person who tells my pecan-color kids that they’re oppressed, based on the color of their skin, would be absolutely wrong and absolutely at war with me.’ 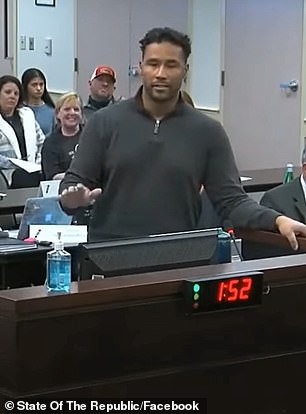 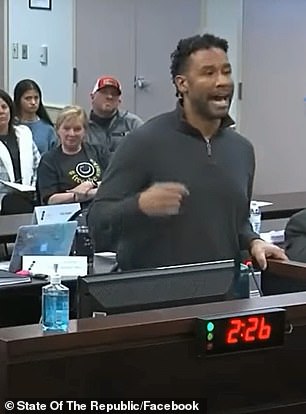 North Carolina political candidate and dad-of-three Brian Echevarria delivered a viral speech at a Cabarrus County School Board meeting this week, in which he railed against Critical Race Theory

Critical Race Theory is part of a scholarly movement developed in the 1970s that focuses on the legacy of slavery, racism and discrimination in examining US history and modern society.

Critics of CRT contend that it perpetuates the divisive idea that all white people are inherently racist, and that all black people are oppressed victims.

Conservative state legislatures and school boards across the country have taken measures over the last two years to ban teachings related to CRT in classrooms.

In fact, the Cabarrus County School District, where Echevarria delivered his impassioned CPR-bashing speech this week, last year adopted a non-discrimination resolution, stating that the local school board is intent ‘to uphold the laws of the land and specifically encourage the Cabarrus County students to learn that all persons are created equally, that no race or sex is inherently superior to another and that no individual by virtue of his or her race or sex is inherently racist.’

In his address to the school board, Echevarria said that the CRT and mask debates have shown that ‘parents, the most powerful group in the country, [are] taking back the wheel.’

Echevarria argued that he and other parents do not want CRT taught in classrooms. 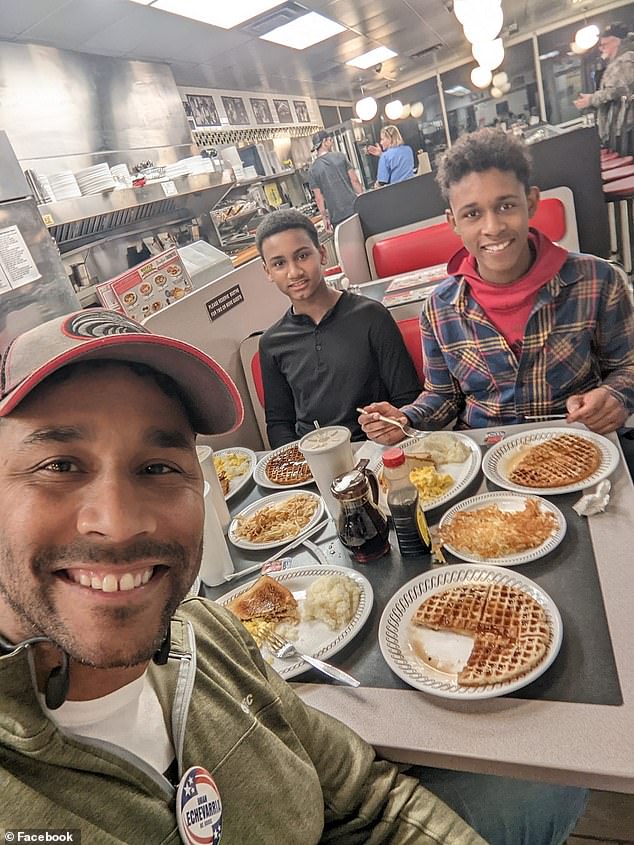 The dad-of-three (pictured above with his two sons), who described himself as ‘biracial’ and ‘multilingual,’ said he does not want anyone telling his children they are oppressed because of the color of their skin 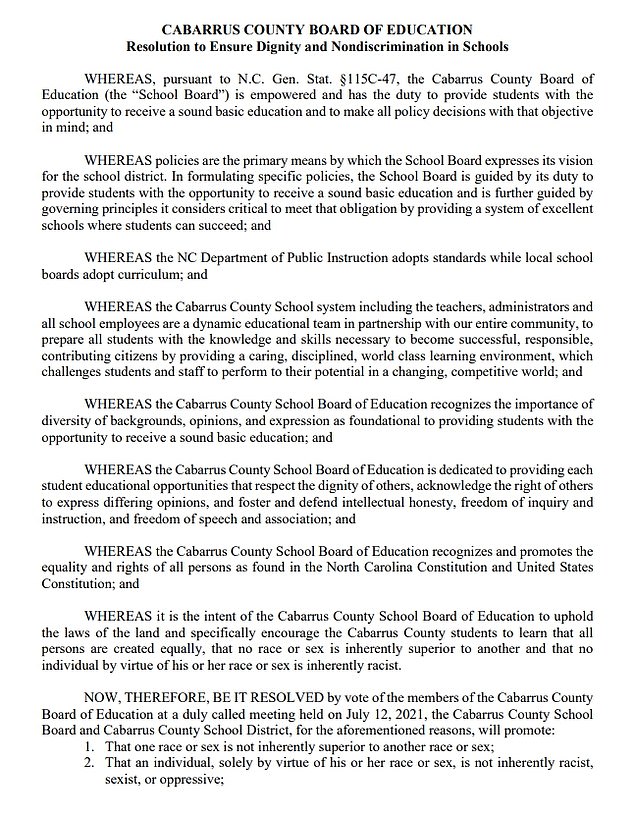 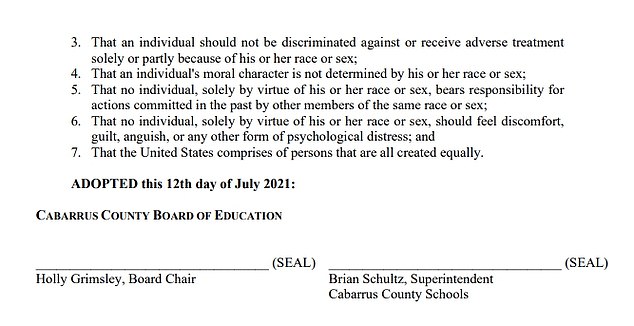 The parent, who also owns a business, said that in his experience, there are ‘hardly’ any racists to be found .

‘The racism is only happening at the government level and on the media,’ Echevarria added.

He concluded by taking an apparent swipe at transgender athletes, saying that he has an eight-year-old daughter and he does not want ‘a man swimming against her in the pool.’ 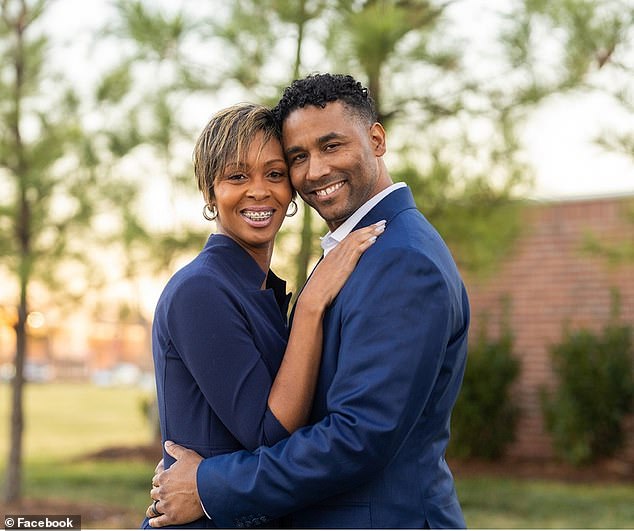 Echevarria, pictured with his wife, said that in his experience, there are ‘hardly’ any racists to be found

Echevarria was seemingly referring to transgender University of Pennsylvania swimmer Lia Thomas, whose inclusion in a women’s team has led some to question whether she has an advantage since she was born as a biological male.

Several states either have or are considering laws that would keep transgender girls and college-age women from playing in school sports leagues that match their gender identity.

‘This is what we’re talking about: policy going back to the parents,’ he said.