An Australian basketball star feared for his children’s safety after his house was ransacked and his Olympic medal stolen.

Nathan Sobey, 31, returned home with his wife and two young kids after helping the Brisbane Bullets defeat Tasmania at Queensland’s Nissan Stadium on February 26 to find it ransacked.

Sobey said he was shocked to find his bronze medal from the 2020 Olympic Games – the Boomers’ first ever medal – stolen.

‘Unfortunately last night, our house was broken into and my bronze medal was stolen along with some other small things,’ Sobey wrote to Twitter the next morning. 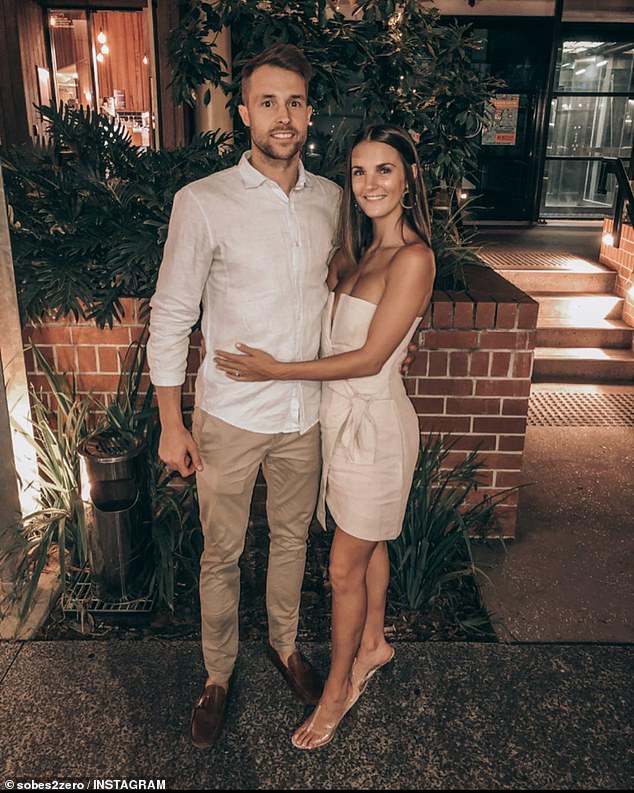 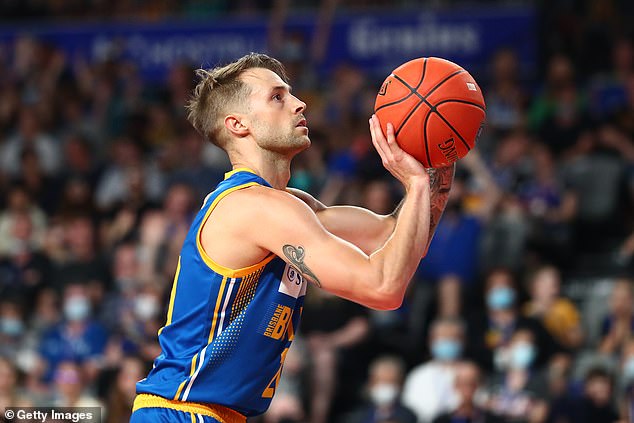 But he is more troubled that the belongings of his children, who are both under two-and-a-half years old, were also rifled through.

‘Obviously the things that are missing it’s sad and you don’t want them missing but at the same time knowing that someone has been through your kids’ stuff is the worst part.’ he told the Courier Mail.

‘It’s super disappointing to see the house the way it was and to find out about the stuff that was missing but at the end of the day my family is OK and we’re all good and that’s what is really important to me.’

Brisbane Bullets management said the club believed the burglary was not random.

‘It actually happened while we were at the game. Me and Jase (teammate Jason Cadee) left for the game at about 2.30 for the 4.30 start and our partners probably left at around 4pm or just before I think,’ Sobey said.

‘Then I was able to go home at just before 7pm so they’ve done it in that little two-hour window or so while nobody was home.’

Sobey said his house is now ‘secured up pretty good and it won’t happen again’ and his wife CC, son Oakley, and big sister Harley were all fine.

He appealed for the medal to be returned or for help from anyone who might know where it is.

‘It means a lot not just to me but to Australian basketball in general so to have that taken away does sort of sting a fair bit,’ he said.

‘It really is nothing for anyone but myself in terms it’s value. No one can do anything with it or make any money off it… it would be great if that would return home somehow for sure.’ 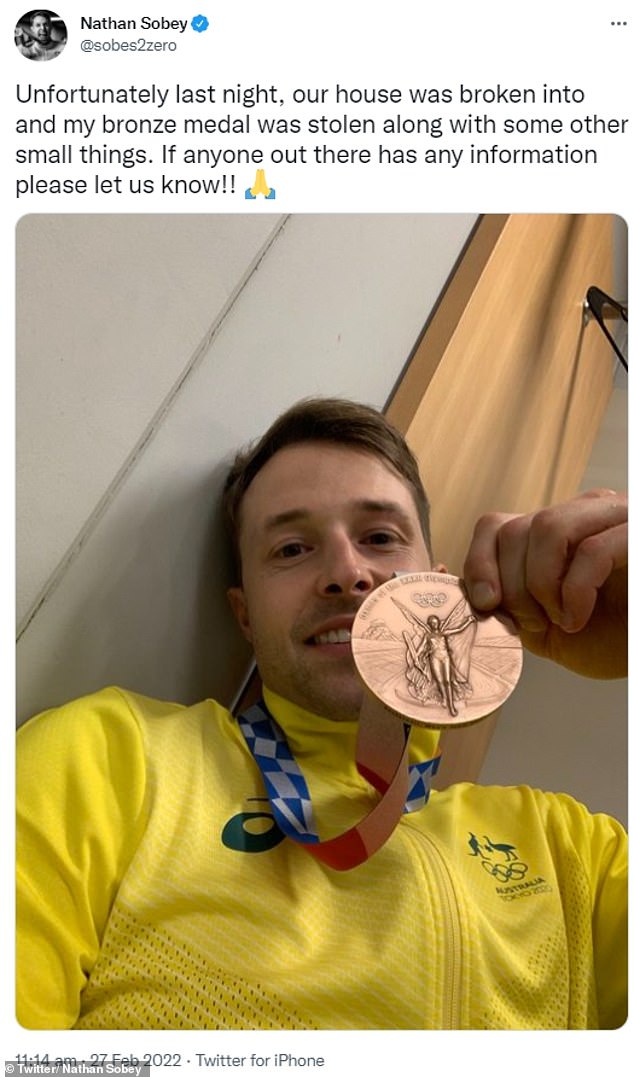 Sobey was originally left off the squad for the 2020 Tokyo Games, which eventually went ahead in 2021.

But after a stellar 2020-21 season in the NBL resulting in him being in the top three in MVP voting the Australian selectors had no choice but to include him.

Sobey is also recovering from a knee injury and playing restricted minutes in games.

Fellow Boomer Joe Ingles is also recovering from a knee injury, having torn his anterior cruciate ligament in January.

Ingles, 34, vowed to return to the NBA next season, when he could potentially land back at the Utah Jazz if the off-contract favourite is offered a new deal.

Ingles has stated his desire to back up the Tokyo bronze with a push for gold at the Paris Games in 2024. 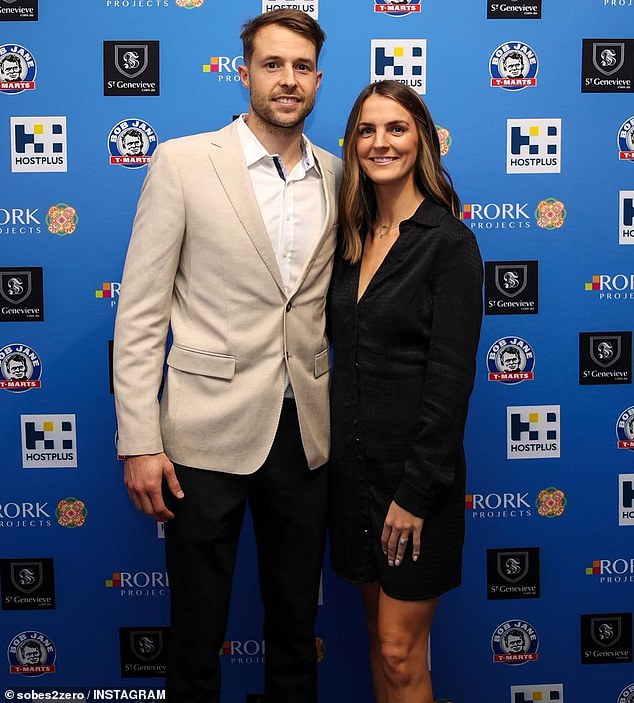