A jilted employee is questioning whether he is in the wrong after his boss threatened to fire him for not showing up to a shift he was ‘not contracted’ to do.

The Reddit user shared a screenshot of the conversation with his employer, who some respondents thought was ‘aggressive’ from the outset.

The employer, who is said to be a manager for a ‘multi-billion-dollar corporation’ demanded to know where the worker was when he did not show up to a shift on Sunday morning.

In response, the man explained he’d let two other managers know in advance that he would not be doing the shift due to a 50th birthday party he wanted to attend.

The Reddit user shared a screenshot of the conversation with his employer, who some respondents thought was ‘aggressive’ from the outset

He said one of the other managers (the person who was hosting the party) had accepted his leave request.

‘Yes, so?’ the manager responded. ‘Did you tell me? Who is going to fix all the breakdowns today?’

The employee said they could wait until Monday, later clarifying that the work he does on a farm is not urgent and was not due on Sunday.

He said he never had to report directly to this manager before to seek leave and instead agreed there appeared to be a power struggle between them.

Instead of accepting that the employee sought approval elsewhere, his manager offered him an ultimatum.

‘You choose: You either come to work today and do your eight hours which is your responsibility this weekend, or you will sign your final written warning tomorrow,’ he said. 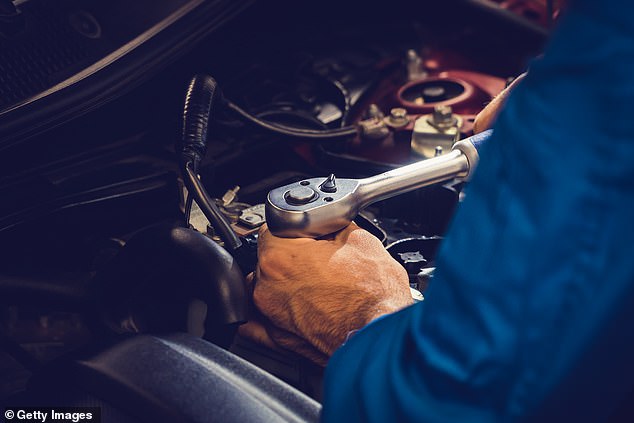 The man, who is not named, claims to work on a farm dealing with machinery (stock image)

The employee clarified that he has never received a first or second written warning with the company.

He explained that his manager was ‘not allowed to do that’ and again reiterated that he gave management more than a week to find a replacement to cover his shift.

According to his contract, the man is required to work 152 hours a week or less in a four week period, he said.

There is no minimum term of weekend work, though he normally is rostered to work one weekend every three weeks.

Who is in the wrong?

He started with the company in December 2019 and has several years’ experience in the field, and said he ‘enjoys his job’ but doesn’t like management.

‘To be threatened via text message why I’m not in for a day that I had approved to take off is not on,’ he explained.

‘As I don’t have immediate work to change over to I can’t just walk out but at the same time I refuse to be walked over.’

He sought advice from other Reddit users about whether he or his boss was in the wrong.

While some agreed that he was in the wrong for backing out of a rostered shift, the majority of users said that if the leave was approved it was no longer his responsibility.

‘To me sounds like you’re good here. If you’d let someone know that you needed the day off then they rostered you on anyway then they’re definitely in the wrong,’ one user said. 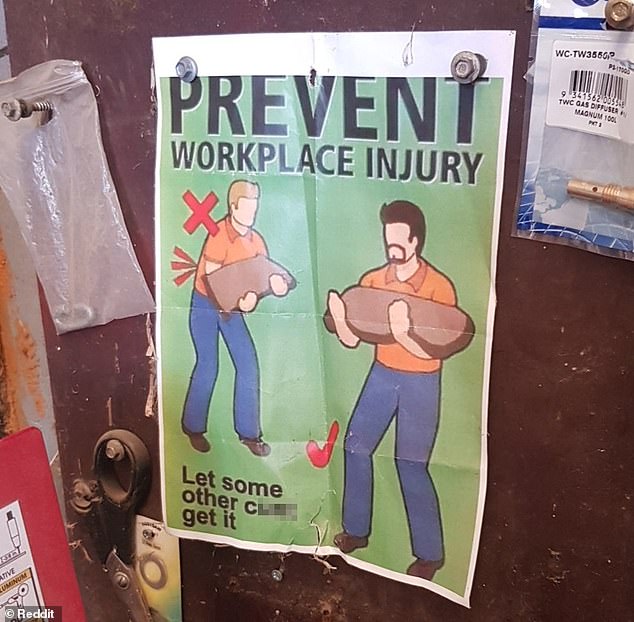 ‘There’s a chance you only think you told the right person, or that you made your point too casually and was still rostered on as a result. If that’s the case you should be more careful from now on,’ another warned.

One user took the time to analyse the conversation between the two men and said he recognised a ‘power struggle on a deeper level’ within the exchange.

‘Looking at that exchange… this isn’t even about you not coming in anymore, and maybe it never was.

‘At a deeper level, this looks like a power struggle between two people (you and your boss) that don’t like each other and don’t respect each other.’

About five months ago he shared a poster which appeared to be taken at his company instructing ‘correct’ workplace health and safety procedures.

The picture encouraged employees to ‘let some other c**t do it’ to prevent workplace injury.