A child has contracted the deadly mosquito virus that has been detected in Australian pigs – with a national health emergency being called as infections rise.

The child from Wentworth in New South Wales’ far west is being treated in a Victorian hospital for Japanese encephalitis (JEV)- a disease being spread from pigs to humans by the bites of infected insects.

The latest Australian case encephalitis comes from the New South Wales/Victoria border region which has been on high alert following perfect mosquito breeding conditions caused by torrential rain and flooding. 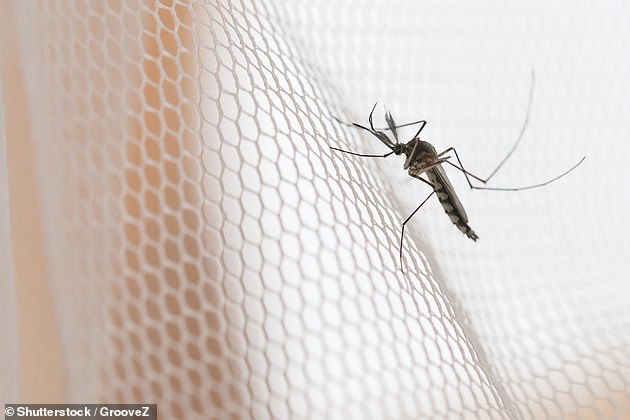 Most cases of Japanese encephalitis, spread by mosquitoes, suffer no to mild symptoms but one per cent of patients can develop brain swelling – leading to brain damage or death in one in three severe symptomatic cases 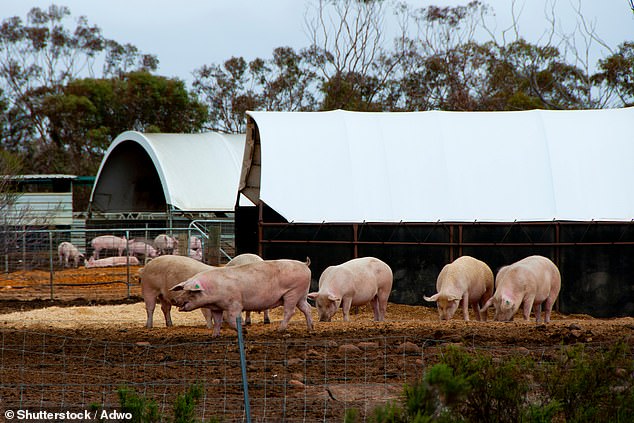 Two Australians are in ICU fighting Japanese encephalitis, a disease spread from pigs to humans by infected mosquitoes

A man was placed in intensive care on Friday with a ‘highly probable’ case of the virus.

He has since had his infection confirmed, and remains in a serious condition.

NSW Health confirmed the two cases in a statement on Monday.

‘Both people are residents of the NSW-Victoria border region – a man from the Corowa area and a child from the Wentworth area in the far south west of NSW,’ the body said.

‘They are both currently being treated in hospitals in Victoria.’

‘Several more people in NSW are undergoing further testing, and more cases are expected to be confirmed over the coming days and weeks.’ 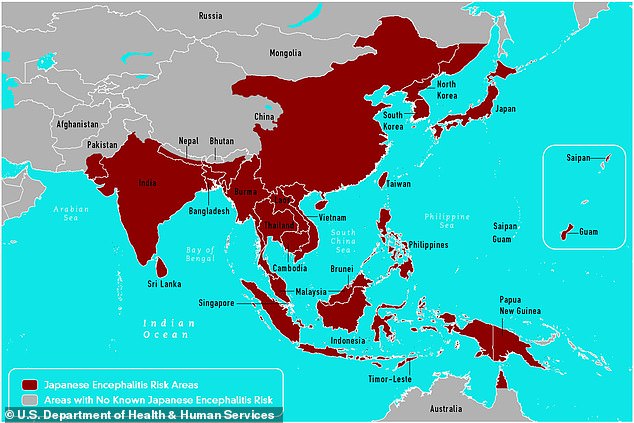 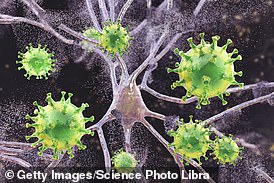 Most people affected by the virus will show mild or no symptoms, but around one per cent will develop encephalitis – swelling of the brain – leading to brain damage or death in one in three severe symptomatic cases.

Other symptoms include sudden vomiting, fever, chills, neck stiffness, sensitivity to light and severe headache, and can see victims slipping into a coma.

Children under five and the elderly are at risk of more severe symptoms.

The virus cannot be spread from human-to-human or by eating pig products.

‘JEV is a mosquito-borne viral disease that mostly occurs in pigs and horses, but can cause disease in people and rarely other animals,’ a Federal government health alert said.

‘Pigs are the focus from a human health perspective as they can infect mosquitoes that can then infect humans. This is not the case with horses.’

Some 16 human encephalitis cases of ‘unknown cause’ are being investigated in NSW, Victoria and South Australia, the Australian Associated Press reported.

There are eight suspected cases in Victoria including two children under ten.

Several more residents in NSW are undergoing testing for the virus as health authorities prepare for more cases to pop up in coming weeks.

Agriculture Minister David Littleproud told ABC Radio National that climate change could be to blame for the spread of cases.

He added that recent weather conditions from La Niña added to the change in migration pattern.