Australia’s residential property market is worth FOUR TIMES the rest of the economy – but it’s bad news for young Aussies who now need a $107,000 deposit just to get on the ladder

The value of Australian homes has topped $8 trillion – more than the gross domestic product of almost every country on Earth – as amount of money you need for your home deposit surges by 16 per cent in just one year.

Real estate analyst CoreLogic on Friday said its estimate of the total value of residential real estate in Australia has reached $8.1 trillion.

This is equivalent to more than $310,000 per Australian resident and more than every country’s GDP, barring the United States and China.

It means the value of Australian real estate has almost doubled in a decade. 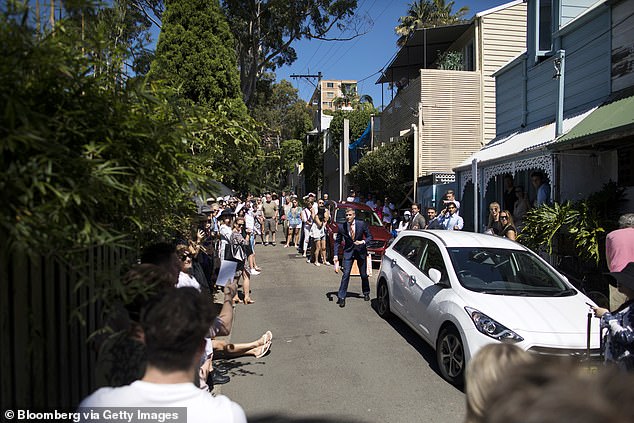 Australia’s housing market is booming, with the biggest monthly gains in 17 years dispelling (above a Sydney auction)

‘This puts Australian residential property at about four times the size of Australian GDP and around $1 trillion more than the combined value of the ASX, superannuation and commercial real estate stock combined,’ CoreLogic head of research Eliza Owen said in a statement.

CoreLogic’s national home value index rose 1.8 per cent in April after bounding 2.8 per cent in the previous month, a 32-month high.

The index is 10.2 per cent higher from September’s pandemic-induced low.

CoreLogic said many Australian house markets – driven up by record low interest rates and government grants – were at their peak, with national home values rising 6.8 per cent in the three months to April. 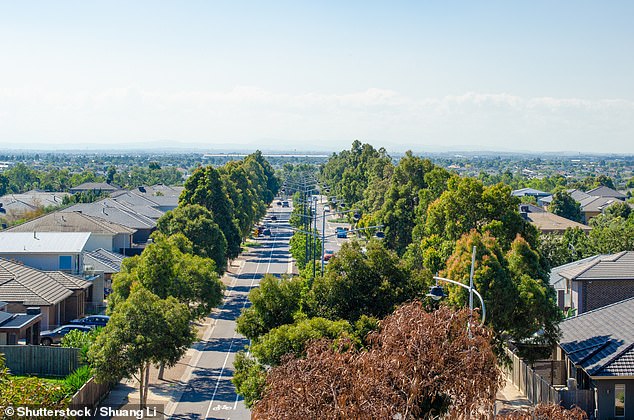 ‘The increase in the value of residential real estate has put Australian home owners in a strong equity position, with the (Reserve Bank of Australia) estimating just 1.3 per cent of housing loans to be in a negative equity position at the start of 2021,’ Ms Owen said.

‘However, for many Australians looking to get a foot on the property ladder, the continued strength in the market is putting home ownership further out of reach despite record low mortgage rates.

More than 10 per cent would need more than a decade to scrape together the required amount, a survey of 1028 first-time buyers found.

The latest ABS data shows the average deposit to secure a mortgage is $106,743 – 16 per cent more than what was needed two years ago.

For almost a third of surveyed first-time buyers the ‘bank of mum and dad’ was the solution, with parents lending an estimated $29 billion to their adult kids to invest in bricks and mortar in the past 12 months.