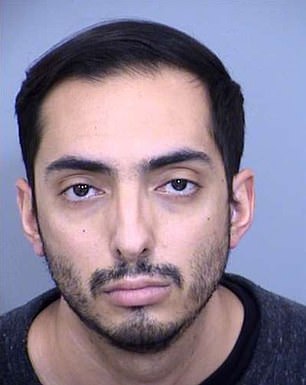 Kyle McKee (pictured) turned himself in to police in Mesa, Arizona, on March 16

A preschool caregiver in Arizona has been arrested after he was allegedly filmed brutally beating a four-year-old boy with autism on four separate occasions.

Kyle McKee, 29, worked as a Behavioral Health Technician at S.E.E.K Arizona East, a developmental preschool and daycare center for infants and toddlers, the Mesa Police Department said in a statement.

McKee turned himself in to authorities on March 16 and was charged with four counts of felony child abuse.

Police said they received five separate videos of McKee inside a room alone with a non-verbal four-year-old boy who is on the autism spectrum.

‘The videos showed Kyle physically abusing the 4-year-old by hitting, pushing, and kicking him,’ the MPD statement read.

McKee was described by police as the ‘sole care provider’ of the boy, who suffered an injury to his face from one of the incidents caught on video. 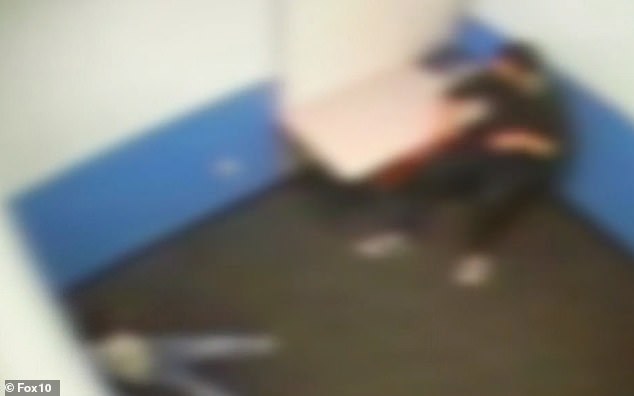 Police said they received five separate videos of McKee brutally beating a non-verbal four-year-old boy with autism inside a room at S.E.E.K Arizona East in Mesa. The screengrab above shows the victim on the ground (left corner) after he was shoved by McKee (right)

The videos were recorded by a surveillance camera in a room at S.E.E.K. on four different dates mid-January and mid-February.

Court documents obtained by FOX10 stated the first video from January 18 showed McKee hitting the victim with an open palm before he ‘forcefully [pushed] the juvenile several times and once into a chair’.

The second video was recorded on January 26 and allegedly showed McKee shoving the boy at least five times, knocking him on the ground and into walls.

‘The defendant also picked up the juvenile victim, lifting his whole body off the ground and threw him backward at least two times,’ prosecutors said of the second video.

‘The defendant kicked the juvenile victim in the chest, causing him to fall backward several feet.’

The third video was taken the next day on January 27 and allegedly showed McKee holding the boy by the wrist and kicking him in the chest.

‘The defendant forcefully swings the juvenile victim by his legs, causing his head to almost hit a sharp corner on a desk nearby,’ prosecutors said.

The fourth and fifth video were both recorded on February 16 and allegedly showed McKee pushing the boy at least six times with disturbing force.

McKee was also allegedly seen picking the boy up by his wrists, lifting him off the ground and then slamming him down again.

The boy suffered a cut on his face from the alleged attacks on February 16, investigators said. 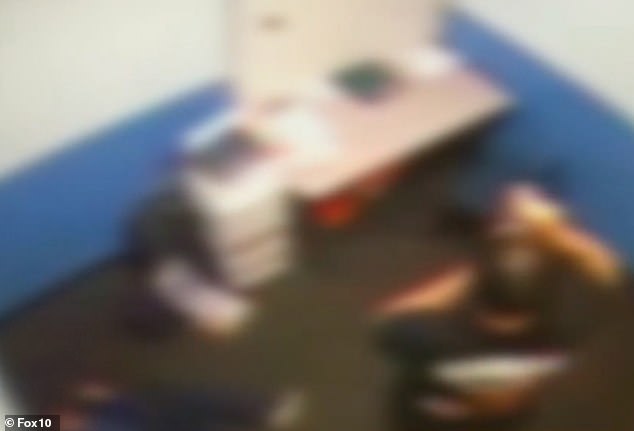 The videos were recorded by a surveillance camera in a room at S.E.E.K. on four different dates mid-January and mid-February 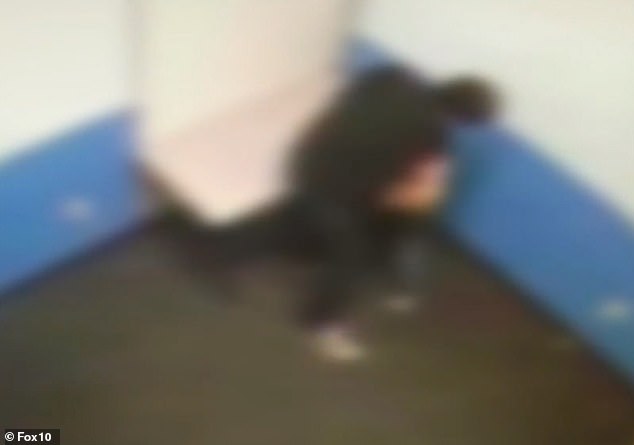 ‘The videos showed Kyle physically abusing the 4-year-old by hitting, pushing, and kicking him,’ the Mesa Police Department said in a statement

S.E.E.K. contacted police about McKee on February 17 after receiving a complaint from the victim’s family, the learning center’s CEO Jessica Sherwin said in a statement.

‘S.E.E.K recently learned about accusations made against a now former employee regarding a physical incident with a child. This incident was inappropriate and regrettable,’ the statement read.

‘The employee – who had been background-checked, fingerprinted, and held a professional certification – had worked with S.E.E.K. since July 2018 without incident.

‘We terminated the employee immediately, without this person ever seeing another client.

‘The S.E.E.K. team will continue to cooperate with the state agencies and law enforcement to the greatest extent possible moving forward.’

Records showed McKee was released from custody on March 17 and ordered to wear an ankle monitor. 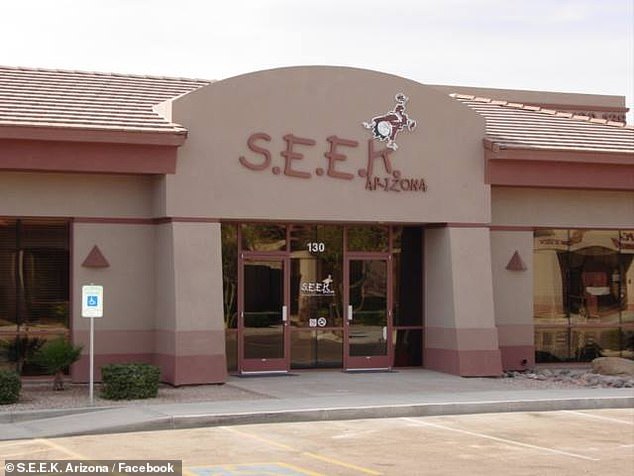 McKee was terminated from his job at S.E.E.K. Arizona East (pictured) after his alleged abuse came to light, the company said in a statement